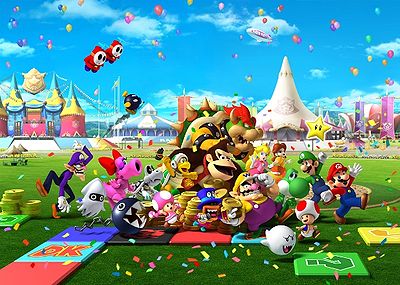 Having spent many hours with my nieces and nephews and friends of friends and others, haplessly being beaten into smithereens by the younger ones, I feel qualified to write about some of the best stuff out there now for the Nintendo Wii. My advice though is it’s often better to watch with adult beverage in hand then to try to actually engage.

What I like about the Wii is its positively family friendly nature. That’s encouraging and as a parent can provide a bit of a feel good factor. It’s like a baby sitter you can trust.

Here are some of my picks for best games and accessories in case you wanted to seek out a gift for some little soul that owns a Wii. 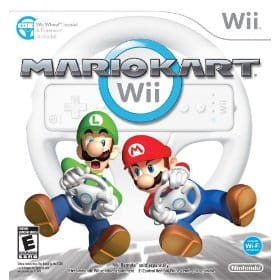 Yes, racing! And this one even comes with a cool wheel. You simply insert one of the controllers, and you can steer by just magically holding the wheel in front of you. This is one of Nintento’s storied franchises dating back to 1992. All the familiar characters are here including Mario, Luigi, Bowser, Wario, Princess and Yoshi.

An assortment of tracks and cars keeps the replay value high. 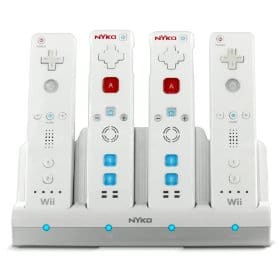 Simply insert the pack into each controller and you have a battery-free, replenish-able solution! 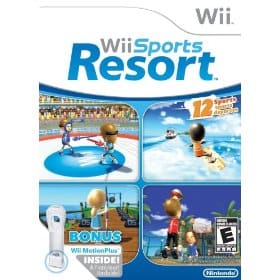 One of the famously unique features of the Wii is the clever motion sensing built into the controllers. This has made for much family room hopping, swinging, ducking, running and punching. It also makes that glass of red wine look might precarious.

This is one of the better recent releases. It includes an assortment of family friendly entertainment for 1-4 players. Go sky diving, power cruising and engage in sword play. It’s all fun until someone throws a controller into the $2000 LCD TV. 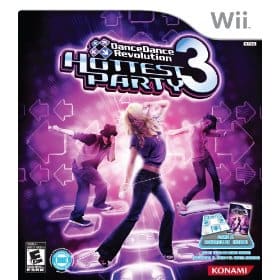 Do not feed the kids too much sugar before pulling out this one. Also, it helps to remove all furniture from the room. Come to think of it, if you  have a large gym, feel free to use that. It’s sweating to the oldies, but without the oldies. Get ready to stomp, wave, jump and dance your way to the included 50 songs.

The goal is get the best possible grade on each dance routing by mimicking on-screen actions. I like these types of games. It gets everyone off the couch! 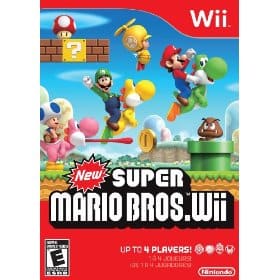 I would not be doing my job if I did not recommend the most classic of all Nintendo games and characters: Mario. He’s possibly the most famous video game character of all time, and is virtually synonymous with the Nintendo brand. It invokes all kinds of odd Japanese cartoon like personality in the guide of an Italian plummer. Mushrooms. Odd animals like Yoshi. Strange worlds. And even stranger “enemies” like Koopalings and King Boo.

New Super Marios Bros is the most recent title, and in fact is not out yet. But you can pre-order it and get your copy on November 15. It’s a sure fire hit. And for the collector, it’s a must have too.

The game console itself can be found on Amazon.