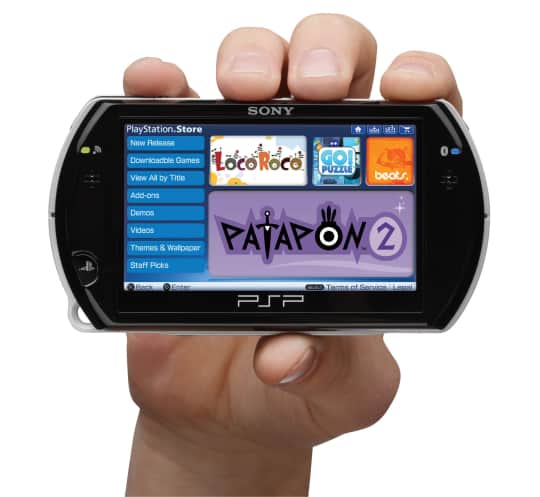 The portable gaming market is a lucrative business, and just about the only game in town has been Nintendo with their DS system. Sony’s PSP has never caught on with the masses. Instead, it’s advanced hardware and larger size made it a favorite for movie watching on the go, or complex games that appeal to an older audience.

Today, Sony looks to change all that with a complete re-design.

The new gaming device is now called the PSP Go and is accompanied by a sweeping update to the PlayStation Network where customers can download hundreds of games and demos. 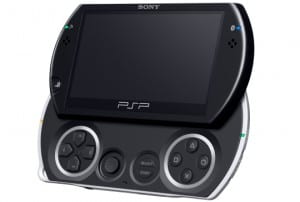 In fact, downloaded games are the only option, as Peter Dille, senior vice president of marketing and the PlayStation Network for Sony Computer Entertainment America, says, “It’s all digital. It allows people to get their content exclusively off of the PlayStation Network and that is something we are seeing great traction with. People are very comfortable getting content digitally.”

The $249 device includes 16 Gbytes of memory, a 3.8-inch LCD screen, and Bluetooth to allow users to connect peripherals, including Skype headsets. It’s also 40% lighter and 50% smaller than the original PSP which should make it more pocket friendly.

“If we were to just take a look at the hardware at face value, we’d say Sony has done some great work here.  It’s a sturdy, classier game system that we’re not as shy about taking out of our pocket on long, public commutes. We really do like the portable, but there’s no way to separate our feelings on the hardware from all the decisions surrounding the launch.”

Sony has positioned itself well for the holiday season. First they put the PS3 on a diet with the release of the PS3 slim. Now the new PSP Go. With plenty of downloadable content, movies, demos and videos, Sony should have plenty of stocking stuffer options.

They need a hit. Earlier this year, the company posted its first operating loss in 14 years and has suffered market share losses most notably to Nintendo.