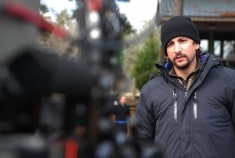 Just when I think I’ve had a long day, I recall a meeting and interview with indie film director Jeffrey Goodman.

Always ready with a smile, and a story or two, the Shreveport, Louisiana filmmaker is living proof that hard work matters.

Here’s a guy that has probably now invested more than 5 years of his life on a film project, ‘The Last Lullaby’ (review, 4.5 out of 5 stars).  Fortunately for him, and those that have seen the movie, the sweat, tears and handshakes are paying off—or at least, helping him and the investors to break even.

Over the weekend, he announced the release of the DVD.

“I first started raising money for The Last Lullaby in May of 2005 and now, 53 months later, I’m excited as more people than ever will have the opportunity to see it. After this DVD launch, my focus will shift to trying to find a home for the movie on cable and in the major outlets like Wal-Mart, Best Buy, Netflix, etc.”

Shortly, it will be available for purchase online.

A few months back, we saw it at Camera Cinema Club on an innocent enough Sunday morning. 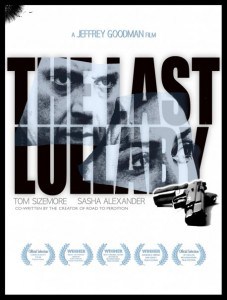 As luck would have it, Jeffrey was there to field questions from the audience, as he so graciously does across the country. We met up with him later, and shot a 3-part interview on StarkSilverCreek Presents that, for me at least, was an absolute eye opener into the world of roll-up-your-sleeves, grind it out, work 7/24, independent film. Screen magic, it turns out, is not concocted by George Lucas elves after midnight.

One of the favorite things Jeffrey said to me in our San Jose meetings: “Movies today are getting louder, and faster. At some point, it will become illogical.”

I completely agree with him, and hope more audiences enjoy ‘The Last Lullaby’ and his future work.