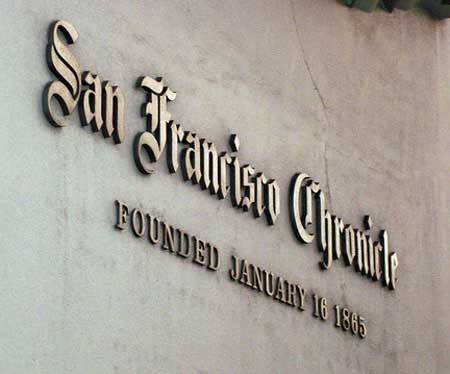 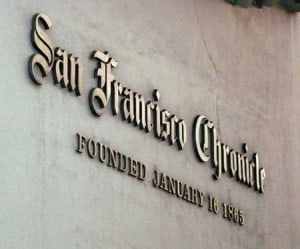 No sense in kicking an industry when it’s down, but you may find it hard not to rubber neck a little at the sight that is traditional media, dying roadside. And it’s Frankenstein ugly—too bad, it only wanted some readers and love.

According to the Audit Bureau of Circulations, all top 25 daily newspapers in the US, aside from the Wall Street Journal (which gained 0.61%), lost paid circulation year over year, for the 6 month period ending September 2009.

The San Francisco Chronicle, the largest of the Bay Area newspapers, took top honors. Approximately 80,000 paid subscribers, or 25% of the base, bolted compared to the same 6-month period a year ago. Ouch. For comparison, the average drop across 379 newspapers, was 10.6%.

These numbers are not surprising. I believe, like many others, that the online model is already here. Print is literally, “virtually” dead.

It now comes down to demographics. Older readers will probably always enjoy black ink on their fingers and will continue to pay—I too will admit there are times when print is nice. The future (and obviously the here and now) though belongs to the world of beautiful, high resolution, colorful digital ink.

An avalanche of mobile reading devices are slamming the good old printing press: smartphones are exploding, as are e-book readers (like Amazon Kindle and Barnes & Noble’s new Nook), plus there is the continued growth of laptops and netbooks.

As if that’s not enough, juggernauts such as eBay and Craigslist have decimated almost all classified revenue that once provided a nice little cash cow for local papers.

However, this does not mean that brands in the SF Bay Area such as The San Francisco Chronicle and San Jose Mercury News will necessarily disappear. For example, I don’t subscribe to either, but I do enjoy viewing their online sites as do hundreds of thousands of—non-paying—others. The problem though: newspapers can’t recoup enough lost revenue using online advertising alone. Hence the focus on expense and the inevitable downsizing in newsrooms across America (and the world) continues.

Industry management is to blame. It’s not as if the Web was a secret. To say the writing was on the wall is an understatement. Adapt or die. Like the Titanic, it’s hard to make a significant change in course of direction. Well, we know how that ended.

It’s unfortunate for all the journalists and staff that work the newsrooms. They get left in the cold. On the other hand, those that do survive will enjoy increased responsibility along with a never-ending workload (for equal or less pay). Hang on a sec… that sounds a lot like running a Blog or Web publication!

Published: October 26, 2009 9:40 AM ET
NEW YORK Here are the top 25 newspapers in the country ranked by daily (Monday-Friday) circulation for the six months ending September 2009 from the Audit Bureau of Circulations. The percent change compares the same six-month period ending September 2008.

Published: October 26, 2009 10:40 AM ET
NEW YORK And now for change of pace: Here are the top 10 newspapers to gain daily circulation for the six months ending September 2009 with year-over-year changes, according to the Audit Bureau of Circulations.

(Newspapers with paid circulation of more than 50,000.)