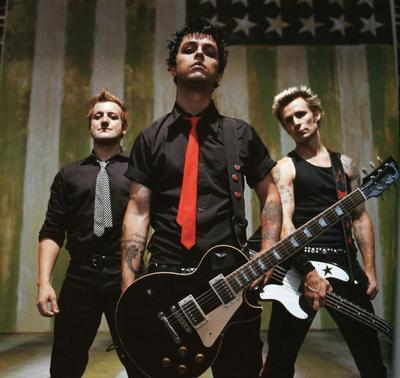 Is it okay, at my age, to admit I still immensely enjoy the punk-pop music of Green Day?

I was not the target teen even some 15 years ago when Dookie was our soundtrack of choice on snowy Canadian winters in the Glebe.

I remember trudging down 2nd avenue, a brutal wind chill, probably something like -40C, blasting me in the face, my eyes blinded by thick snow flakes. I turned the corner, and even though I was three or four houses away, I could hear it; thumping, “when I come around…”

At Berkeley Rep, I was once again reminded how inventive these guys are.

While ‘American Idiot’ the musical is not my favorite, the album upon which it’s based is pure genius. A rare concept album—a so-called Rock Opera—that entirely works. Beginning to end.

Not just the music, but also the story. It should go down in history as one the greats, especially given it walks almost alone in the punk category.

After we saw the musical last week, I decided to give the album another listen. It had been 5 years since the seminal work stormed the music world, capturing the angst of the youth fed up with Bush, Iraq and America’s place in the world.

I loaded it onto our MP3 players so we could listen at the gym.

I ask Loni how familar she is with the album.

Moments later, after I transfer American Idiot onto her player she asks, “Where’s 21 Guns?!”

Aha, caught you. I laughed.

Get your Green Day straight. Of course, it kind of helped I had their discography in front of me along with some Wikipedia articles. But don’t tell Loni. 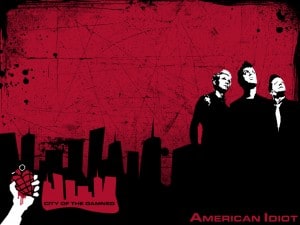 Hearing the songs on the radio is different though. This album is meant to be listened in sequence. I like that. It’s a special experience. Popular, overplayed songs like “Boulevard of Broken Dreams” take on broader meaning within the narrative of the album.

As I re-listened to it at our local Club One, I discovered more nuances than I had in the past. Maybe that’s one sign of special work, it has depth.

I noticed the clever re-use of similar chords, tones and melodies throughout the album, sometimes subtly.

Many of the harmonies have a 1950s feel to them, oddly enough. It’s like Herman’s Hermits go punk at times, with multiple layers of vocals.

I’ve also learned that screaming is just screaming. But Billie Joe Armstrong actually sings. Belting it out at times, but always with a melody. It adds the pop to punk, and I’m sure broadens their appeal—not to mention helps with radio airplay.

American Idiot should be listened through in its entirety. The only other album that I can say that about is U2’s Achtung Baby from 1992. Every song is that good. And the mood, the feeling and the lyrics groundbreaking—in Achtung’s case for different reasons, it’s not a concept album. Although you could say it was the re-imaging of U2 and maybe even music in general in the early 90’s.

But will the music stand the test of time? It attaches to the political scene of the early 2000s, which is largely why it succeeds.

“Are We the Waiting” can give me the chills. Striking stuff.

Later at the gym, I wished I could bring my MP3 player into the shower. I already listen to music in the steam room which Loni believes is the reason why my players keep dying on me. Last night some guy was hollering and whistling dixie in the showers, having the time of his life. Too bad he couldn’t sing. Later, when I got home, I fired up the Roku, and dialed up American Idiot yet again.

Then, I realized one last thing.

Why is the musical somehow annoying… like, as I suggested in the review, a “spoiled American Idiot” whereas the album retains an uplifting quality despite the lie of suburbia storyline?

All I could think of was three guys thrashing their instruments, singing better than they should, and delivering brilliant songs with incredible harmonies.

How can that not make you feel good?