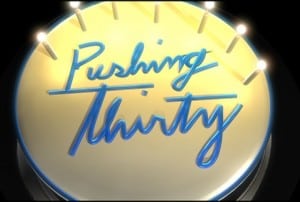 Every waiter in LA has a screenplay. So how do you differentiate? Make the film! That’s exactly what independent film producer Scott Held has done with ‘Pushing 30.’

The script literally wrote itself thanks to his real life experiences and some ups and downs when he, along with some friends, turned 30. Thanks to some buzz (their Facebook fan page now has well over 700 fans), the film is hitting the film festival circuit including Moondance (Colorado) and the San Diego Film Festival in just 10 days.

Loreto Bay homeowners in Southern California should check out the film and introduce yourselves to Scott and the team if you get a chance!

Listen in as Scott talks about the film, and what happens when he turns a real life guy friend into an on-screen lesbian…

StarkSilverCreek: Tell us about the idea behind Pushing 30.

Scott Held: Pushing 30 is based on the pressures I felt before my 30th birthday. The term “quarter life crisis” became a reality for me. Every relationship was a total disaster and some scenes in the movie I play homage to a few of my personal experiences….I won’t say which ones.

Turning 30 was a big deal for me, it really hit me when I was in Cabo for Spring Break and a girl said “you are almost 30!” I learned it was going to be hard to blend in on spring break in my 30’s. Your wingmen start losing hair, getting chubby, getting married, etc… One trip and I am not shitting you, one of the boys had a bag full of moisturizers and lotions. After a hour of giving him a hard time, 5 of us guys were applying wrinkle remover and eye creams before we hit the bars.

SSC: What was the process like to get the film made?

SH: Transforming Pushing 30 from a script into a movie was like building a house, it was a huge process!

I had made up my mind that everyone has a screenplay and there is really no way to differentiate yourself as a writer without taking the project all the way. It would be like being an architect but no one had ever built a house with your plans. I also was determined to self finance it, because if it bombed I didn’t want to lose my friends and family’s money.

Transforming Pushing 30 from a script into a movie was like building a house, it was a huge process!

A buddy from high school, Niranjan Martin, had been working in Hollywood as an assistant Camerman for over 10 years. He was looking to expand his resume as a Director of Photography and he liked my script. Without Niranjan, the movie would not have been made. He brought tons of expertise, crew, equipment and passion to the film. He spoon fed me the process of what to do and what order to do it in. We are a formidable team and I think the film reflects how well we work together.

SSC: How did you recently get into film festivals and what are the goals?

SH: We really began pressing to make the festival circuit this year.

I knew we had made an amazing independent film but nonetheless you run into the “it’s all who you know” excuse constantly. The thing about festivals is most are niche…gay and lesbian, international, political, shorts, video, horror, animation, etc… Once we had identified festivals that fit well with our movie, things started rolling. 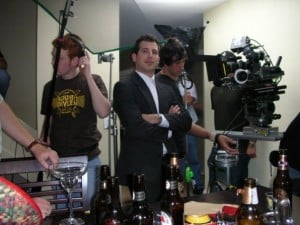 Having a sales background I knew you have to pound the phones and speak to the festival directors or your film may be reviewed by a bitter ex film student who rips your film apart. The lead actor in Pushing, Ben Belack, has been relentless in speaking with festivals and is largely why we have been having such a great reception from festivals.

The goal is to get distribution! If your project doesn’t sell, you just spent a ton on money and time for a really expensive hobby.

SSC: Advice for others trying to make a movie?

SH: Every good movie starts with a good script.

Do your homework and there is a lot of it. Make sure you have at least 20 people read your script and try to watch them read a few pages to see their facial reactions. Are they laughing when they should be or drawn in? Get a few actors to read through the script to see it come to life…it can be powerful. Get the best actors. I am close to LA and there is a ton of amazing talent who are looking to pour their souls into the right project.

Hire the pro’s! Do not have a bunch of college kids make your movie, unless you are in college and you are doing a movie shoot on video for 10k. You need an experienced camera crew, sound and boom guys, gaffers and grips. You can mix experienced crew with inexperienced, but it takes patience. We did it that way and it worked fairly well. People should make the movie on a format that distributors will take seriously…film or the highest quality of HD. Again, if you make something no one buys…this is a very expensive hobby.

SSC: What Indie filmmakers or people interest you?

SH: I like Jerry Seinfeld, his humor is brilliant. He has a quote that I really appreciate. When asked what his proudest achievement is, he answered, “the fact that I bet on myself and I won.”