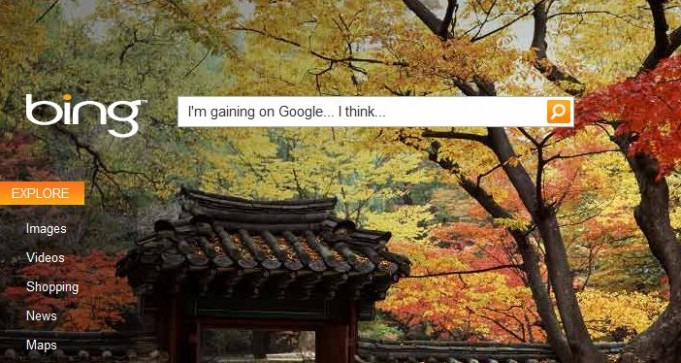 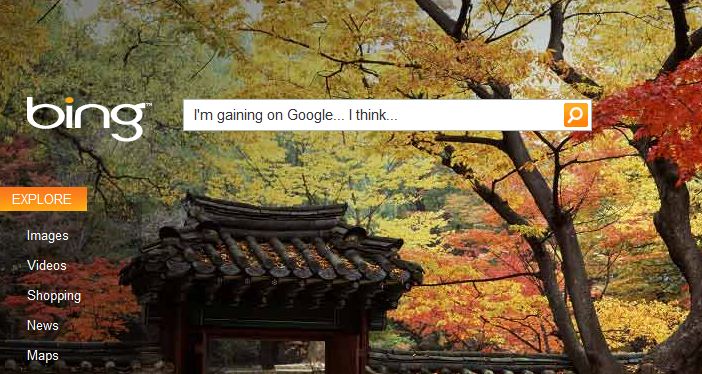 According to comScore, Microsoft is making inroads against Google in the ever lucrative search market. In August, Microsoft’s share grew half a percentage point to 9.3% of the total market.

Even better, Nielson reported that Bing search volume grew over 20% in August meaning, perhaps, that more users are turning to Bing to find the latest Kayne West or Beyonce video.

Given the amount of money and incentives (with their aggresive cashback promotions) that Microsoft is spending it’s too early to read much into these numbers. Still, they are moving in the right direction.

Google, though, may get the last laugh.

After all, if this is the best that anyone can throw at them—hundreds of millions of R&D and millions more in marketing backed by the most famous name in technology for less than a percent of market share—you have to wonder if Googlers aren’t just laughing all the way to the AdWords bank.