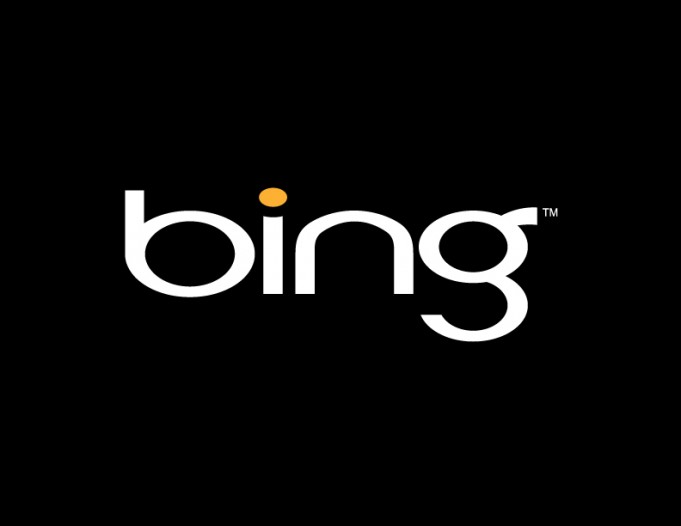 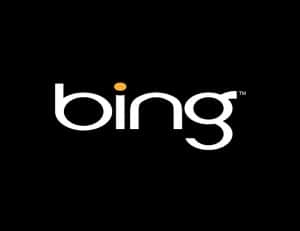 With Bing, Microsoft continues to go all out in a middling and perhaps doomed effort to to slow Google. The latest feature added to the new, heavily hyped (but awfully familiar, ahem…Microsoft Live interface anyone?) search engine is “visual search.” Yes, what’s old is new again, at least when you live in the world of marketing in Redmond. It seems to me like Google’s had this for decades now, no? Ok, well at least years.

You can already quickly search for images using Google. So what’s new, if anything? 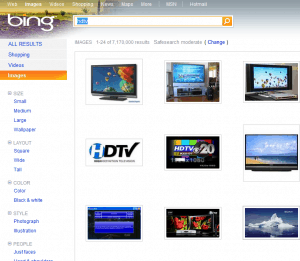 From a blog post written by Bing product manager Todd Schwartz, “Visual search is a new way to formulate and refine your search queries through imagery, particularly for sets of results that tend to be more structured. What you’ll see is an amazing new visual search experience.”

I tried the new feature by searching what everyone pretty much already buys at Costco anwyays: HDTV. At least I think it was the new feature. I first typed “HDTV” in Bing’s regular search box which returns standard Web results from sites such as Wikipedia, CNET, and an option to “Shop.”

On try #2 I used the “images” option on Bing’s landing page. This time, I got all kinds of pictures of HDTVs with a menu on the left to sort by picture size, layout, color, and even an option to select people. But I didn’t see any choices for manufacturer, display size, price, etc. Now I’m thinking I’m doing something wrong.

Third time might be the charm, but for now I’m giving up. Google search works for me. I’ve been mostly negative, admittedly on Bing, because it’s late to the game, brings little innovation, and does a mediocre job copying what Google already does well.

Still, I think Microsoft might be on to something with it’s cashback shopping integration which pays consumers when they use Bing to buy products from participating vendors. Usually the amount ranges from 4-8%, but sometimes it can go higher.

Meantime, I don’t think Google’s dominant market position is in danger anytime soon. But you can never count the Redmond giant out. 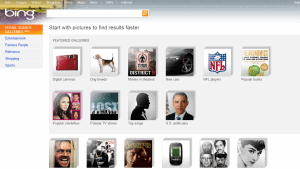 UPDATE: Breakthrough! To get to visual search on Bing, you need to go to bing.com/visualsearch. I’ll take the blame for this. Although shouldn’t it be more obvious? Then again, the feature is apparently still in beta. The verdict: unimpressed. This looks like a tech project gone mad. I don’t quite see the point here (other than it provides a convenient use of Microsoft’s Silverlight technology). It looks kind of exciting at first, photos in 3D whip around. But when you click on one, it returns to a mundane images search screen. The whole thing reminds me of the hub and spoke search screens of the late 90s/early 2000s. It was cool, but not really practical. Just what we need… more animation and flaming logos. Does Microsoft really need to make a big deal out of this?

3.5% Yahoo (now in partnership with Microsoft)