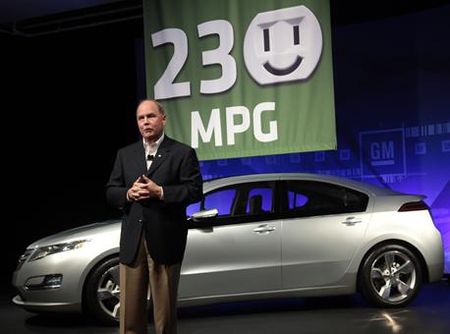 It was too good to be true. And too absurd not to evoke chuckles. The claims were intoxicating. 230 MPG for the Chevrolet Volt. 367 MPG for the Nissan Leaf. Step right up, place your order, and wave goodbye to Mid-East oil.

But wait, not so fast.

Finally the EPA is making some moves to abolish the outlandish, non-sensical numbers and introduce a new formula that would produce something more meaningful for electric cars. Maybe government does work.

I wrote about this last month (EPA and Department of Energy need to rethink mileage calculations). It’s so rewarding to know the EPA reads SSC. From the article:

For now, though, the current numbers are misleading. As the CNET article points out, according to GM’s 230 mpg claim, that vehicle should therefore be over four times more efficient than the Toyota Prius. But it is not … As we migrate to new forms of the combustion engine, electric or otherwise, we must also rethink how we measure and communicate efficiency.

According to reports, the government should release the new mandate by end of 2009 or early 2010.

You can expect this to have significant impact on sales. Consumers are quick to do napkin math when it comes to deciding to shell out extra money for a hybrid compared to it’s non-electric counterpart. Some of the payback calculations in some minds don’t justify the $3-5K premium. But, if manufacturers can use higher MPG claims, pending the new EPA formula, it could help tilt the tables in their favor.

Any mathematicians looking for jobs? Nissan and Chevrolet might be good places to start your hunt.