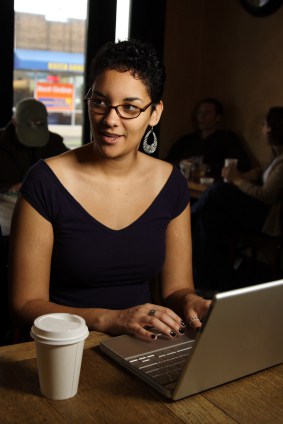 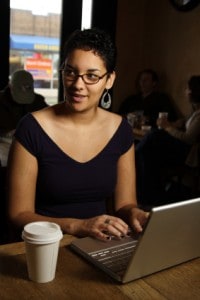 Here’s an interesting trend out of New York. Is the west coast next?

According to The Wall Street Journal coffee shops are pulling the plug on laptop users by covering electrical outlets, and generally making it more difficult for us caffeinated surfers to hang out.

Chalk it up, yet again, to the economy. Owners apparently aren’t necessarily fond of the customer that buys a $1 drip coffee and then surfs the web, taking up a table for hours on end, especially during peak periods when space is tight.

I think (and hope) this is a temporary phenomena. Coffee shops that do keep their arms open to laptops will attract more business, and eventually drive everyone else to do the same.

One of my favorite quotes in the article comes from a film director, who like a lot of freelancers, rely on coffee shops as mobile office space of sorts:

Laptop backlash poses particular difficulties for people without offices, says Leah Meyerhoff, 29, a film director and free-lancer. She long has used coffee shops to interview cast and crew and to work on pre-production. Now, she says, “it’s a constant search for places with the Internet where I can sit and focus without being frowned upon.”

Ironically given that netbooks are increasingly common and have long (and in some cases all-day) battery power, I suspect that blocking access to electrical outlets will not really solve the issue.

One of life’s little joys is sipping a latte, catching up on email and surfing the web in a little corner coffee shop… please don’t take it away from me!

via The Wall Street Journal