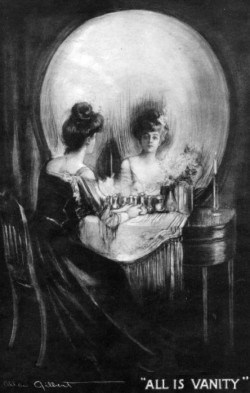 Last night I was surprised to learn that next to none of my hockey playing buddies use Twitter. It’s not that they aren’t in to social networking. They are. But their weapon of choice? Facebook. And I can see why.

Still, I like Twitter and have discovered lots of interesting information, people and web sites because of it. Not to mention, it was the first place I learned about Michael Jackson’s death, the uprising in Iran and that Loni thinks I stink after playing hockey.

As if right on cue, I came across an interesting article on TechCrunch (Why I Don’t Use Twitter) about someone who, despite being the minority in his team, does not use Twitter. In his “manifesto” Devin Coldewey (is that a pen name or what?!) suggests that a 140- 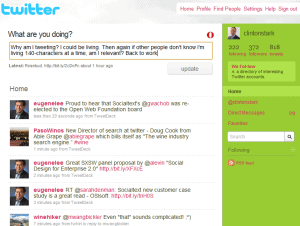 character tweet has no value and is either “trivial” or “abridged”, maybe even the equivalent of skywriting:

What did you do before you tweeted? It’s the social equivalent of an all points bulletin, or… a quasar or something. What did you do before when you needed to send something of little consequence or urgency to a bunch of people who may or may not want to see it? The only thing that comes to mind is skywriting.

In the end he declares it “pure vanity” and throws in with the Facebook crowd (though not by much, really—this guy is finding it hard to part with email and IM), just like most of my hockey teammates. Who said hockey players aren’t smart?

PS – you can follow my every move, exciting Tweet, and witty world observations on wine, travel, social media and banal self-aggrandization: @clintonstark. See you in the Twitterspehere!