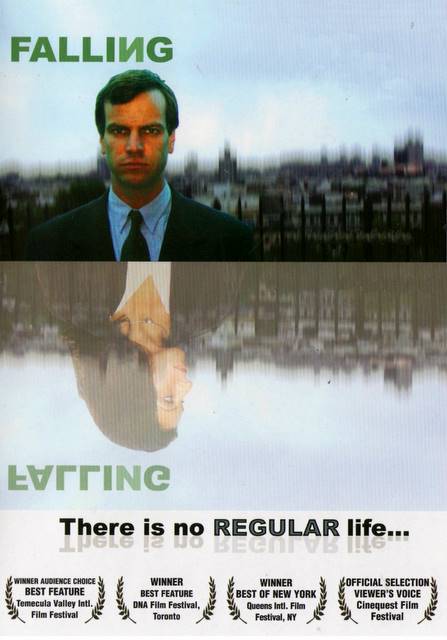 I like films that eschew absolutes. The villain is not pure evil. The protagonist is not pure gold. Rather, characters exhibit rough and tumble human weaknesses that cause them to tread a moral slippery slope. ‘Falling’, an indie film distributed by Cinequest, is one of those films. It even has a bit of a ‘Mean Streets’ throwback with plenty of handheld camera work taking place in the Bronx, tight spaces such as an office cubicle, and a cramped apartment.

The difficulty, however, with ‘Falling’ is its budget. No doubt that’s a contributing reason to the movie’s digital look, and distinctly non film-like appearance. It can be distracting at times, and that’s too bad since the script is pretty darn good.

In the opening scene a man is apparently jumping from a bridge. Suddenly a nearby car thief saves him, but loses his footing and inadvertently falls instead. The saved man, Carl Lazaurs (played by Sean Sousa), carrying guilt and perhaps shame, delves into the life of the car thief—discovering his family life, friends from the hood, and even personal demons.

Considering again this is a low budget drama, with no big name actors, the acting is decent, as is the dialog. Scenes build slowly and characters are given the chance to grow, or devolve.

The soundtrack is a letdown though. With stronger attention, it could have helped propel certain scenes. Instead, at times, it sounds poorly matched—clanging symbols, for example, instead of brooding electronica.

Lighting is also a challenge. One moment, a scene is awash in white with little contrast. The next cut of the same scene though looks completely different. This jars the viewer from one extreme to the next, without providing visual continuity.

Still, according to what I’ve read, ‘Failling’ was made on a shoestring budget, and for that it should be commended. Here is a dramatic Indie film that explores an intriguing premise with good acting and gritty storytelling.