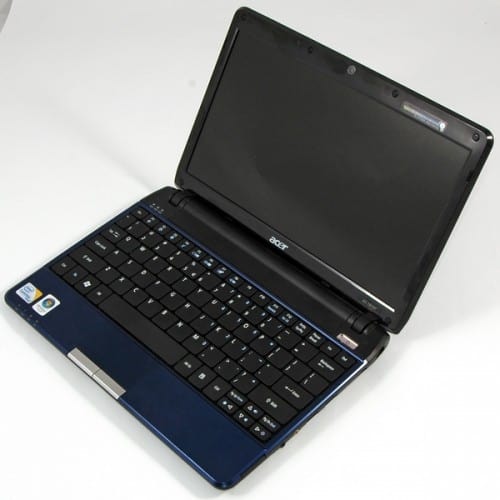 The Acer Aspire AS1410 (known as the 1810T overseas) is now available for purchase from Amazon. At least, in blue for now (Ruby Red and Black to follow).

Manufacturers now seem to be pursuing a new line of thinking when it comes to netbooks. 11.6″ may be the new 10″.

The slightly larger form factor enables them to provide larger keyboards and screens. Just large enough perhaps to ease some of the squinting and scrolling required on the smaller units. Also significant of course is that this new wave of netbooks (laptops) will ship with Intel’s new CULV processor which is more powerful than the aging Atom, but draws less power than a conventional CPU.