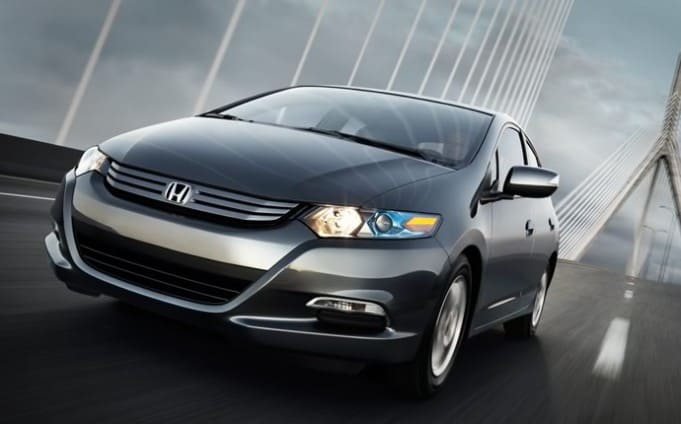 Toyota, with its successful Prius model, has enjoyed several years of little competition in the 4-door hybrid market. Although Honda had been selling an older generation Insight, its styling and technology were dated.

With the 2010 Honda Insight, that is no longer the case. Engineers at the vaunted Japanese automaker were paying close attention. So much so, you may even mistake the new Insight as a Prius at first glance.

But the new model brings something previously not seen in the same sentence as hybrid: handling.

That’s right. The new 2010 Honda Insight, according to Car & Driver, CNET, and others, is actually fun to drive. Now things are getting interesting! You can, perhaps, have your cake and eat it too, enjoying 40mpg fuel economy along with spirited cornering.

CNET (yes, even CNET rates them… demonstrating how technology and cars are increasingly synonymous) scored the car “Excellent” with 4 out of 5 stars, and Car & Driver magazine recently ranked it first in a hybrid shoot-out, citing handling as a key plus.

I look forward to taking one for a spin sometime, and will report back. Meantime, I’d say the new Honda Insight is the one to beat when it comes to the latest compact hybrids—Tesla, of course, is the current king of the sports car segment.