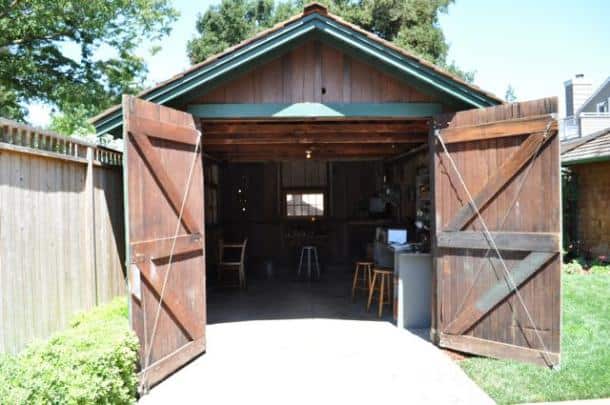 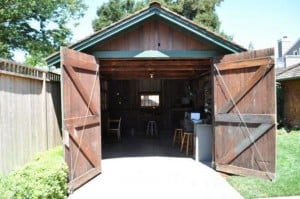 But here in Silicon Valley, it often means start-ups.

There are many garage stories. Most recently Google famously used garage space in Palo Alto to tinker with search algorithms (btw- Loni managed to strike up an amusing conversation a while back at a Palo Alto wine tasting of all places with Sergei and Larry, the Google co-founders, about terrestrial satellite technology, or something like that…).

Then there was the power couple themselves, Steve Jobs (charisma) and Steve Wozniak (tech) who founded Apple in similar fashion, ushering in a new era of mouse-based user interfaces.

But the granddaddy is HP, as in Hewlett Packard, the famous two initials synonymous with tech innovation along with a healthy dose of legend. And we’re not talking about 10, 15 or even 25 years of history… HP was founded 71 years ago. They were definitely surrounded by more orchard trees and less highway back then.

So it was with slight nerdiness, slight start-up affection, and slight we-are-capable-of-great-things pride that I viewed these photos of the birth place of Silicon Valley — a Palo Alto, California garage looking very much the part of an urban Smith & Hawken showroom with it’s green trim and substantial wood and beam construction. Bring on the bread boards!

Decades later I would sit in on a breakfast presentation by Carly Fiorina, former “oustider” CEO, shortly after she was famously dumped by the HP board. A lot of the tension and dissatisfaction was related to her decision to acquire Compaq, which led to a years long battle against the board, and even founding family members.

It is a stark reminder that even technology and business decisions are often secondary to decades of culture built upon innovation, loyalty and respect. (PS – for the record, I still think the merger was ultimately positive).