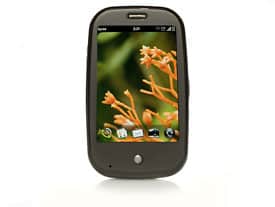 If the odds were against Palm already, they’re now even worse. You would have a better chance of hitting ’00’ on a roulette table, twice in a row, then Palm surviving this much-hyped third (or fourth?) comeback.

Everyone likes the dark horse, the little guy, the underdog, but in this game — the big-time, billion dollar mobile phone market, where ad spending alone could reach 5.7B by 2014 — companies require critical mass in the form of major capitalization, unit sales and, thanks to Apple, thousands of mobile applications.

Once upon a time, a cute phone with a cute OS could cut it. Not anymore. It’s all about the ecosystem, and that requires time and money, plus long-term strategic know-how. All three of which, unfortunately, I fear, Palm lacks.

Even behemoth Google is struggling to enter the mobile market. While their Android handsets have received some decent reviews, it’s still an up-hill battle against the entrenched leaders, Apple and BlackBerry. Google trumps Palm when it comes to the aforementioned resources required to stay in the race, however, not to mention a huge user base to draw on.

Apple already had an ace up its sleeve in the form of new product announcements, and most disturbing to Palm, a new $99 entry price point for a 8GB iPhone. Pre didn’t even get out of the gate and it finds itself a lap behind.

A stellar review would cast a glimmer of hope, however small. But that too doesn’t seem forthcoming. Over the past few days I’ve been checking the early returns, and while okay, they are not exactly earth-shattering. Most praise the operating system and slick multitasking where you can whisk applications to the side with the swipe of a finger. The problem here: BlackBerry, Apple and Google can all easily release incremental improvements to match Palm’s innovation here. But Palm cannot play the same game and match, for example, the extensive app catalog that these three (especially Apple) bring to the table.

It’s nice to see Palm have another moment in the sun. But pragmatically, I don’t see how it can last. Maybe, and hopefully, I’m wrong. Multiple choices increases consumer choice, and ultimately drives innovation and I’m all for that.

Meantime, I’m anxious to get my hands on a Pre soon and will share my thoughts on the actual device itself. Who knows, maybe I’ll be eating my words.