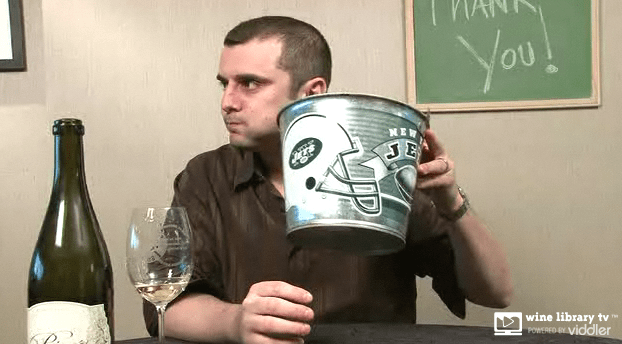 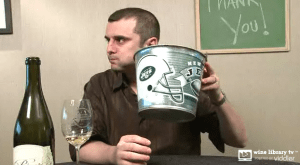 Talk about a cottage industry, that Internet wine show. Is it just me, or has wine become one of the fastest growing topics around?

Over the past 6 months there has been an undeniable boom in the number of bloggers who have decided to not only write about wine, but also to lend a happy, talking face to the proceedings.

These “shows” come in all sizes and forms. And, for some reason, I find them endlessly addictive. The entertainment value is high, if not always for the intended reasons. I enjoy analyzing the style, delivery of the “host”. Will they try to play it straight, or will hit-and-especially-miss humor be called upon?

I’ve got to hand it to this intrepid lot of would-be Internet stars. They persevere. Try and try again. Ultimately seeking an audience that may or may not even exist (well, actually, Gary Vaynerchuk has proven it does exist).

But can it really be that interesting to watch someone open a bottle, pour a glass of wine, then taste?

Oh, and don’t forget: the wine must be chewed, swirled, gurgled, then swirled some more. Intensely. As we sit there, transfixed to a web browser and watch for… (hang on, more swirling), then spitting, ah, okay… yes, I feel it, one moment… aha, indeed: flower pedals!

So here’s my tour of the first ever Stark Insider Wine TV All-Stars… I use the term loosely, as it’s all about entertainment value, for better or worse. Part of the fun is watching some of these guys evolve and get better with time. For others, it’s a non-starter, but hard to not applaud the effort. I think. I’ll let you decide for yourselves, I’m merely presenting them here as a neutral, often pained (with laughter), observer.

Welcome to the golden age of wine TV.

The first bona fide Internet wine superstar. And man can this Belarus native (now based in New Jersey, the heartland of wine TV?) pump out the episodes – typically one per day. That would be 694 shows and counting. Recently, with the birth of his baby girl, there has been some disruption to the schedule. But when it comes to depth and predictability, he might even be more reliable then, say, NBC.

But what is it with this guy?

The frenetic, adrenaline pumping opening, “I’M GARY VAY… NER … CHUK…”. Followed by a bunch of kitschy slogans… “aka passionate”, “thundershow”, or something like that. This is the Jim Cramer of wine. It definitely turned me off when I first watched his show months ago. In panel talks and keynotes, he readily admits that his sch-tick may do exactly that. But his fans love it — wrist bands!

So I gave it another chance when I saw that he landed Wayne Gretzky on his show. What?! How did that happen? That alone had my attention. The resulting episode is a laid back discussion about hockey and wine, free of commercial agendas. Natural and real. So I began to think that this was decent entertainment. That the GREAT ONE would appear had to be testament to something good, no?

The other element that grows on you is his knowledge of wine. Gary Vaynerchuk knows wine. Having taken over his father’s wine business and reportedly growing it from $4M to $50M (I think I have that right), he knows the ins and outs of just about every aspect of the industry.

Will I keep watching? Probably not every day. More likely I’ll check in from time to time on favorite episodes. For one of the best, watch the episode on Tasting Two Buck Chucks (Bronco Wines) of Trader Joe’s… the facial expressions are some of the best.

90,000 viewers per day. $1M book deal. If anyone doubts the power of the Internet to get a message out, here’s the proof it can be done (note to wannabes: it takes unique personality, and a dash of hyper-confidence doesn’t hurt either).

Here is a recent appearance he made on the Jimmy Fallon show. By the way kudos to Fallon for re-tooling late night TV and introducing social networking, Twitter, and Internet people like Gary, and also Engadget staffers, etc.

“A” for effort here. Results… ah, not too sure about that yet. Still, this is a good one to watch to see how Mark has already improved show-by-show. I admit I can’t watch all the way through. But here’s someone who is taking the Vaynerchuk playbook and making a mad dash for it, one Mac-and-Cheese-and-Wine pairing at a time.

Score one for the nerds. 1337 is a play on an obscure Inernet alphabet that translates to “LEET”. Get it? No I don’t either really. But the show opening with no music and slow, scrolling red l.e.d. letters has a certain 80s nostalgia to it.

BOTTOM LINE: The nerd of wine, tries twice as hard.

I heard about this show from a press release which billed it as “joining the ranks of innovative online marketers such as Gary Vaynerchuk.” It’s hosted by Judd Finkelstein of Judd’s Hill winery. Wineries are finally reaching out to social networks and bloggers (Murphy Goode’s “A Really Goode Job” contest for example) to reach new markets and, also, increase brand visibility without massive investment.

A red flag: the show has “creators, writers, producers,” which can possibly result in over-expectation and a melting pot of creative forces.

Judd Finkelstein explains, “We want to make people laugh and we want to push the boundaries of blogging and video content as well.”

The problem here is they try too hard. And the results are decidedly mixed, and mostly, unfunny. That’s unfortunate, because it appears like Judd has a marketable personality. But it only comes through near the end of the show, when they drop the facade and acting to reveal something more interesting. In some ways that echoes blogging in general. Let your guard down, don’t try too hard, be yourself and the result will fall into place.

It could be just me, but it doesn’t click. I wonder if others feel the same?

Also, I notice that the show has not had any updates since episode #4, and it’s been at least a month or so.

BOTTOM LINE: Overly produced with lackluster results: neither informative nor entertaining. Back to basics!

Gary “Iron” Chevsky is the Russian Yoda of wine. Relatively new to the scene, his video segments are short and simple. The hood? At first I thought I might get mugged. But then I relaxed when Loni indicated it might be a reference to Star Wars. I’m not sure. But either way, I’ve felt less threatened over time as I’ve watched his videos, and warmed to his appreciation for all things wine.

Chevsky has an interesting background, having lived in Silicon Valley for some time (and an executive now at start-up Yousendit.com, what a small world, eh Loni?) and working on Vineyard Gates in his spare time (I’m not sure if he has partners).

BOTTOM LINE: Authentic. Not sure about the hood. 480 Facebook fans and growing.

Some of the videos are informative. In the episode below, Harvey Steiman (Editor at Large) talks about Red Mountain in Washington. A few things I like here. Even though this is Wine Spectator, the presentation is laid back, and personable. Harvey brings a video camera on his adventures and it adds a nice touch. While WS is often be perceived as corporate in the wine world, you wouldn’t know it from some of these segments. Like the magazine, it makes learning about wine fun.

I’d like to post the video here, but they don’t seem to allow embedding. That, in my books, in this day and age of viral video and openness, is a no-no. So here is a thumbnail, that like some of the others will take you to another page.

BOTTOM LINE: As good as video blogging gets from the corporate guys. 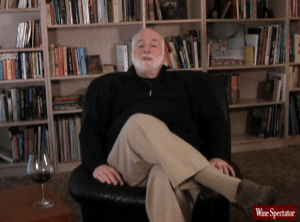 A hush falls over the room. Quiet please. I’m tasting. Shhh. This is the quiet (and a little stuffy) library. You’d never confuse this with Wine Library TV, however. The host plays it straight. He talks about a bottle. Opens the bottle. Pours from the bottle. Then tastes. And he takes the cake for most lengthy, swirling, gurgling and mouthwash-like action around. All while staring at the camera; look at me, I’m a pro! I’m being a little (just a little) facetious.

I find these videos informative. There’s just something awkward though about the presentation. And, again, I can’t find a way to embed the videos. Then again, they’d prefer you seek out their videos that link directly to products. Also, if they suggest they don’t belong with others on this list, I disagree. The Wine Enthusiast videos appear regularly on my Facebook stream just like everyone else. On the Internet everyone has the opportunity for equal air time!

This dazzling Nebbiolo is from the great commune of Alba, famous for Barolo. It`s full of brambly berry fruit that Barolo drinkers love, at a price that anyone can afford. From the great `06 vintage too and just $18.95, it`s a steal! Check out the video!

A class act. This husband and wife team bring a casual approach paired with knowledge they impart to the viewer with ease.

In this episode below (they allow embeds, albeit with an ad) Dorothy and John talk about chilled reds, an interesting idea for summer that I like. Watch their surprise here as they discover that an Argentine Malbec does well chilled. John says, “when it comes to temperature and wines, there are no rules.”

Their column, “Tastings”, is a must read if you enjoy all things wine.

BOTTOM LINE: They care, they really do. The class of Internet wine shows.

What?! What’s a radio show doing on a piece about Internet TV shows?

Because Randy and Kaz, who co-host the show, should have a video show!

I’m surprised they don’t yet. Their radio show, recorded in Sonoma Valley, is very popular. And for good reason. The two naturally banter about wine, production and the trials and tribulations of life in wine country. Because Kaz owns a winery (www.kazwinery.com), the show content is not only fun, but informative too.

Guests on the show run the gamut from winery owners, industry executives, bloggers, and friends.

While we’re on a slight tangent, why not iJustine. These wine shows are guy heavy, so let’s end on a positive note. This is the female equivalent of Gary Vaynerchuk. But not just for wines. For iPhone. For Hollywood. For Carl’s Jr. For JetBlue. For just about anything else.

Is she a person? A corporation? A new form of guerilla marketing, or starry-eyed actress to be?

Regardless of the reality, she should have her own wine show. My guess: guys would watch.