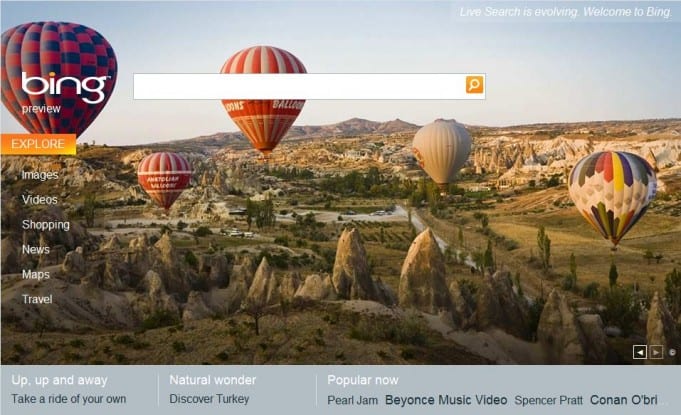 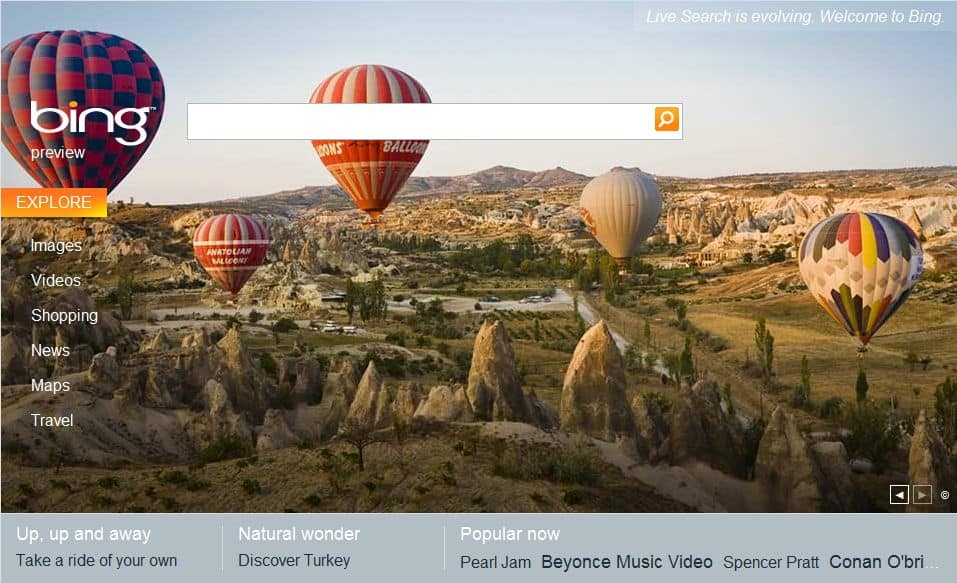 As Yogi Berra once said, it’s déjà vu all over again.

With Bing, Microsoft’s latest salvo against industry giant Google, we have yet again another tired, lesser quality impersonator.

I wouldn’t be surprised if Bing is Microsoft’s shining example of innovation. Really? Really?! Really. Hundreds of thousands of engineers. Three decades of know how. Unprecedented knowledge about operating systems, computers, software and, possibly, the Internet. And this is what we get: a poor replica of Google, albeit with beautiful balloons?

The key here is innovation. Which apparently for Microsoft means copying. See Netscape, exhibit A.

Microsoft need only look to the recent past to realize that disruptive technologies are the answer. Microsoft Office, the best example, has long been the de facto standard in office productivity. Its stranglehold on IT and office managers everywhere  is legendary. But Google and others did not attempt to erode its market share through mere duplication. That would be impossible. Microsoft Word was good enough. Maybe too good. Users famously used about 10% of the functionality. So instead of copying, others seek to simplify. Make it easier to create documents. And allow people to share their work… easily. Maybe this is the short tail. Give the masses just the basics. Generic, yes. But easy too.

So back to Bing, Microsoft’s new, super-duper, years in the making, Google-killing search engine.

Who moved my cheese?

I compared the two today. And once again find myself scratching my head. Why would I switch? Google works. Search works. The Google News feature works, and I’m accustomed to the layout. For me to switch (or at least possibly allocate some search time) to an alternative, would mean not just quantum improvements, but some sort of game changer.

Bing, like so many “Google Killers” before it — Cuil, Wolfram — needs a refresher in disruptive technology. Until it graduates and offers something uniquely new or different, google.com will remain my home page of choice.