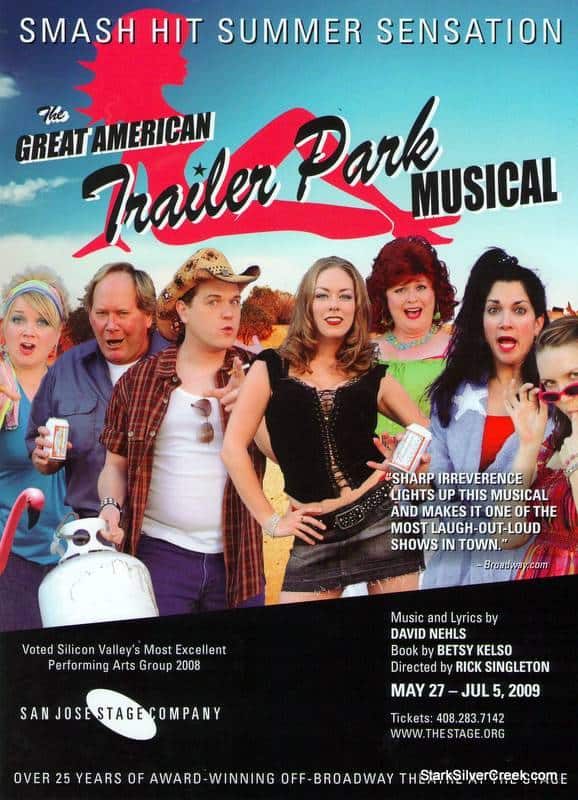 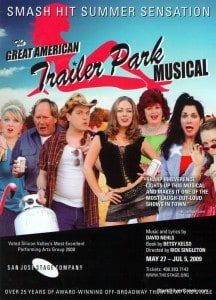 Sitting on lawn chairs accelerating their would-be tans with foil covered cardboard reflectors, Betty (Diana Torres Koss), Lin (Keite Davis) and Pickles (Halsey Varady) introduce us to knickknack-inspired lives at the Starke, Florida trailer park, the “most exclusive” in all of northern Florida.

‘This Side of the Tracks’ life is pretty good. Pickles thinks she is pregnant (but maybe not?). Betty is thankful to her friend for helping bury her late husband, fatally injured by a whack to the head from a stray frying pan. And Lin (named after the linoleum floor she was conceived upon) enjoys conjugal visits to her soon to be electrified, jailed husband of eight years.

Listen to Clint and Loni discuss the play:

Meanwhile, high school sweet hearts Norbert (Kevin Blackton) and Jeannie (Lydia Lyons) are living the life of Budweiser and Joan Rivers daytime TV. He lost his ’80s mullet (the front says all business, the back, let’s party!) a while ago, but she hasn’t changed a bit, still wearing her favorite “Frankie say Relax” t-shirt, but refusing to ever leave the confines of the trailer.

When Pippi (Allison F. Rich), the curvaceous, trouble-towing stripper arrives, it’s not long before Norbert yields to temptation. Duke (Robert Brewer), her magic-marker sniffing cowboy ex with anger management issues, gets wind of the news, and travels across the state in his Pontiac (Road Kill) to get her back.

All this before calamity and hi-jinx ensues.

Later in the second act, farce and absurdity form a successful partnership and the relentless zaniness reaches an even higher level. There are white trash-like revelations. Guns amok. A baby delivered literally next to a trash can. An elegant toilet brush dance number. Electrical shocks. And even a few jokes at the expense of Costco.

San Jose Stage Company has a hit on their hands.

A lot of the credit should go to the direction by Rick Singleton. The pace is fluid, transitioning effortlessly from musical numbers, to acting, and back again. The small, but clever set, is used effectively, with rotating stages.

The material, based on a book by Besy Kelso, is sharp and witty, taking every opportunity to poke fun at American culture, the mystique that is trailer park living and, yes, even the fallibility of the heart.

The cast is likewise strong.

I was particularly impressed by Kevin Blackton’s performance as the likable, but slightly dim, Bud-drinking Norbert. He stumbles around stage in his toll collector uniform, ultimately (and innocently of course) into the arms of a stripper — she collects $1 bills in her g-string, him at the toll booth. His voice, with a deep register, is well-suited to his befuddled condition. He nearly brought the house down at the end of the first act with his Saturday Night Fever inspired dance moves in the ensemble number ‘Storm’s A-Brewin’.

This is a terrific production with one searing number after another, punctuated by superb comedic dialog and fall-out-of-your-seat hysterics that will leave you wanting more. It is satire done right, poking fun without hurting.

When you arrive home, though, after the show, a quick shower may be in order. Starke, Florida can get somewhat grimy! But in the end, everyone does ‘Make Like a Nail’, and presses on. 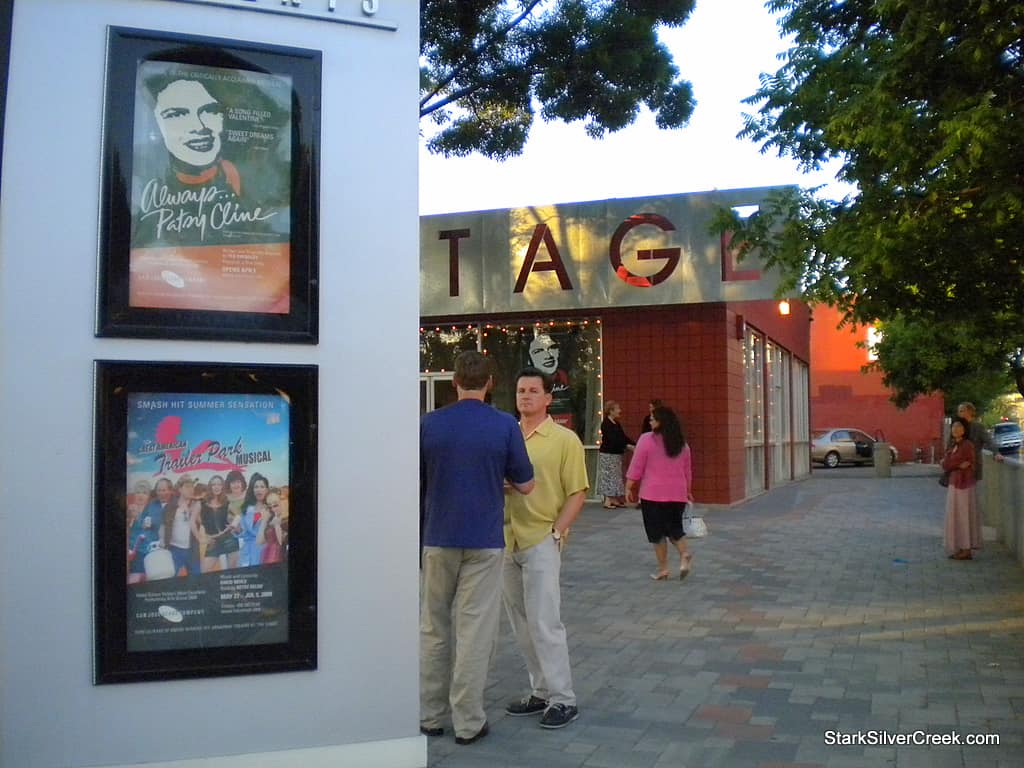 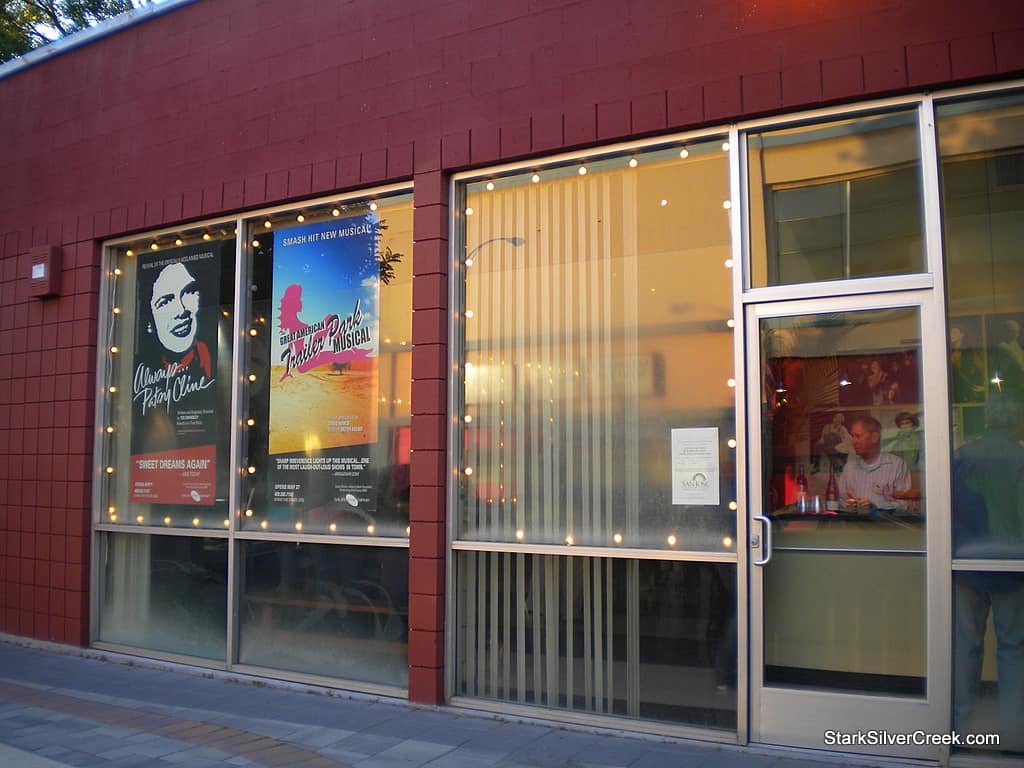