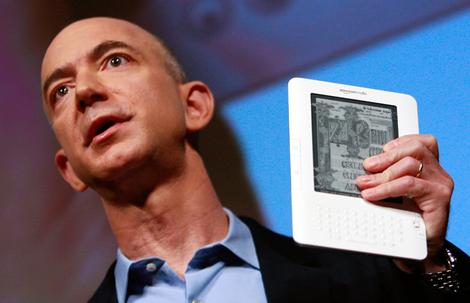 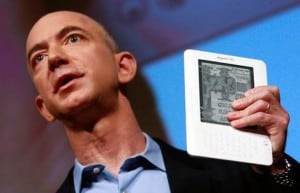 I’ve been following the new Kindle announcement by Amazon with skeptical interest. The device, a digital reader for ‘e-books’, has met with some moderate success, and is often sold-out on the Amazon Web site. The new version is slimmer, better and cheaper — all par for the course in the world of tech.

But I can’t help but wonder if people really want yet another device to tote around.

I, like pretty much every other saturated American consumer, already have a cell phone, laptop, MP3 player, digital camera and a wallet full of old quarters, receipts and crumpled stuff.

Oh, and there’s the fact that I also rarely read; well, at least from beginning to end… I’m a self-professed ‘hyper-reader’: scanning headlines, reading an editorial here and there, checking stocks (and crying), and generally consuming tidbits of information on-demand. So perhaps I’m not the ideal audience for the Kindle, although it does allow you to read blogs, RSS feeds and digital newspapers.

My guess though is that Amazon will eventually license the capability that the Kindle provides to other manufacturers where it could then be implemented, for example, into a Smartphone. That would eliminate hardware costs for Amazon allowing them to invest more in the software capability that Kindle so elegantly offers.