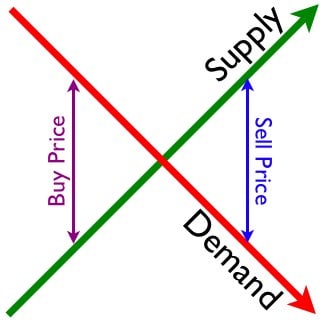 I’ve been hearing all about a reduced yield in the 2008 growing season for California vineyards for quite some time now. Up in Napa we heard it many times, and also in places like Livermore. The refrain was typical: excellent year, smaller quantity.

The officially released numbers appear to substantiate what everyone has been talking about.

In a story by CBS:

“The 2008 California wine grape crop produced an estimated 3.05 million tons, about 6 percent less than 2007, the California Department of Food and Agriculture reported Tuesday.”

And, for those curious to know what a ton of grapes goes for these days… the state average is $544, but Napa Cabs command a premium at approximately $3,400 per ton. That would explain why you pay a premium for those big luxurious Napa Cabs at your local wine shop.

Steven Reeder, of Simi Winery in Sonoma County, perhaps said it best in his quote in the article:

Given the disaster of this thing we call an economy, I view this lower yield as perfect luck. Smaller supplies will keep inventory in check, and lessen the amount of deep discounts (and hence lower margins) needed. Well, at least it sounds good in theory. Time will tell.