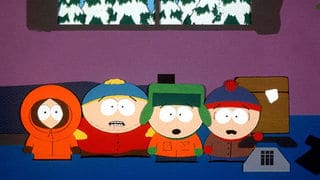 I learned something new today.

South Park has created some kind of controversy (again), especially in Canada it seems, with this so-called “kick a ginger” day for November 20. My sister sent me an email and I had no idea what she was talking about.

So I googled “kick a ginger”… and to my horror discovered I could be in danger!

Apparently a “ginger” is some sort of slang for red-head as propagated by the popular ‘South Park’ TV series.

Being a proud Canadian, now US transplant, of Scottish roots, I wondered… when will I get kicked? Perhaps Loni will, without warning, strike me as we discuss our day over a low-fat salad.

The Canadian school districts have taken it so seriously, there are several news stories urging people to be on the look out for would-be ginger kickers.

Like us redheads need yet one more thing (along with clarinet lessons) to highlight our special DNA in this world!

For more information, from the CBC itself: