Do you prefer your Aston Martins on ice or on the hot, sun-drenched landscape of Baja?

Fortunately, ‘Quantum of Solace’, the latest entry in the most successful film franchise of all time, takes the time to relish in the beauty of Baja including the Sea of Cortes. According to MI6 news (don’t you read them every day?) on the new Bond film:

Flying sequences were filmed in the southern United States and Baja California in Mexico, over the Sea of Cortes and the cactus-studded desert. This is “hard-bitten real action, no CG [computer graphics]”, according to one crew member – and no catapults or crash dummies. Skip Evans, a stunt pilot who was required to skim the New Mexico desert in an old DC3, said that “the only thing between the bottom of the airplane and the ground is the top of the cactus”.

Well I say… about time!

It was just a few years ago when the James Bond franchise jumped the shark with the super-invisible Aston Martin that could disappear, but still deliver our hero to an ice hotel in grand Nordic style.

I have a new theory: the Bond movies track with the market. Forget about betas, index funds or Jim Cramer. When times are good, Bond movies are frivolous, gadget-oriented humorous escapism. Under 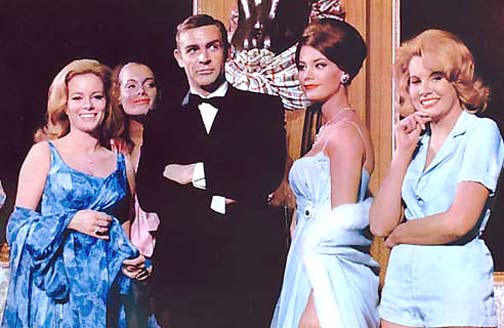 tough economic-like meltdowns, 007 himself represents the common, everyday spy, and becomes grittier, edgier and less eager to please like in 1967’s Thunderball (still the highest grossing James Bond movie of all time, adjusted for inflation):

“My dear girl, don’t flatter yourself. What I did this evening was for King and country. You don’t think it gave me any pleasure do you?”

After all, when your 401K falls 40% do you really care if your martini is shaken or stirred?

If you’ve been following this blog, you’ll know I’m a big James Bond fan. It’s in my blood.

My grandfather, Ronald Stark, ran a coffin shining business in Scotland and employed a certain Sean Connery in the early years (see, The Stark and Sir Sean Connery Connection: Shining Coffins in Scotland) 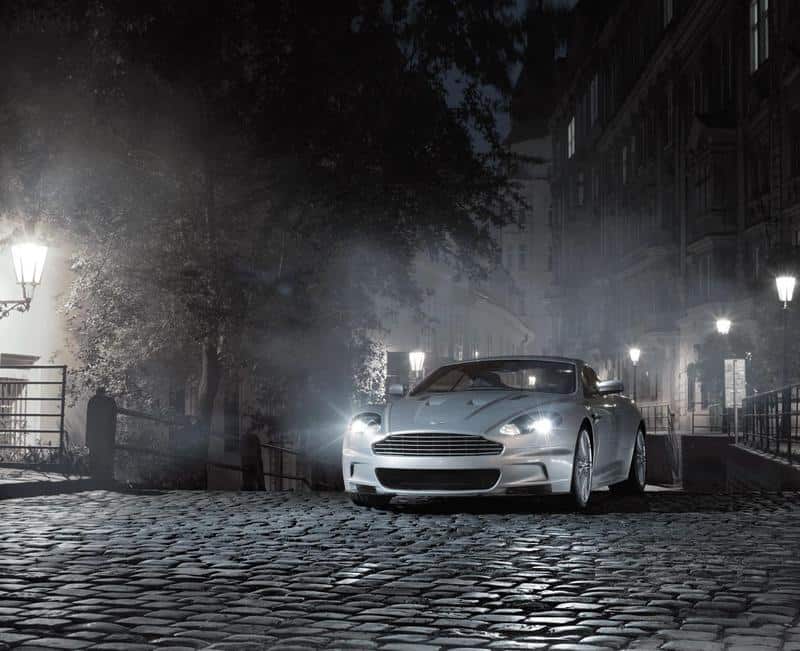 So, yes, I’m somewhat biased when it comes to scoring the history of Bond actors. Still, when Pierce Brosnan took over the role in 1999’s Goldeneye I was pleasantly surprised. Not bad. However, over subsequent outings, smugness and ridiculous stunts combined with dated cold-war themes took the series down a mechanical trail of endless CGI explosions. Where was mini-me when you needed him?

In 2006, Daniel Craig stepped into the role and, with nuanced thuginess, bitterly took down a financier to the drug lords… kind of like an African-inspired interpretation of the Wall Street meltdown. He did not get the girl, instead she dies. His boss is mad at him. And to boot, his Aston Martin was totaled after flipping a world record 7 and a half times — why not got out in style?

[The MI6 article that inspired my 007 musings]