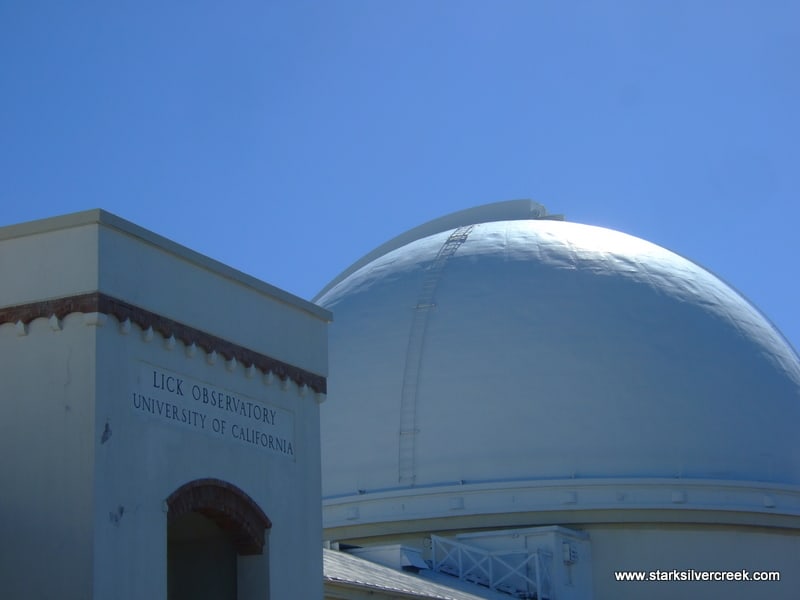 In 1861, Laurentine Hamilton raced to the summit of an unnamed 4,200 ft. hill in the eastern foothills of San Jose, California, raised his arms in the air and declared it ‘Mount Hamilton’. Some 25 years later, James Lick, an eccentric millionaire, chose the same spot as the location for his donation project: a large, mountain-top telescope system that would bear his name, and also be his own monument.

Even though I have a view of the Diablo mountain range from our backyard, including Lick Observatory — having trained my own tiny telescope on it a few times — I had yet to venture up to the site. Finally I had an opportunity to take the twisty, 1 hour drive up Mt. Hamilton road. Some say it has a turn for each day of the year. Indeed it is non-stop switchbacks, hairpins and blind turns. Getting there is half the fun… maybe.

The observatory today consists of 9 operational telescopes (with others in states of repair, maintenance, or retirement) and is owned by the University of California thanks to the vision and donation of the aforementioned Lick.

Arriving at the summit, you are rewarded with (after recovering from slight motion sickness and dizziness) a panoramic view of San Jose, and the entire Bay Area extending, on a clear day, to San Francisco.

The exterior of Lick Observatory is clean, white and commanding. The interior, in contrast, is a mix between an old University lecture hall and the control center in James Bond’s From Russia With Love. I half expected men in blue jumpsuits to swarm us at any moment, and continue their mission of holding San Jose ransom with the world’s largest laser beam.

The interior…is a mix between an old University lecture hall and the control center in James Bond’s From Russia With Love.

The main 36″ refractor, the original telescope envisioned by Lick, sits in a massive dome-shaped room with an entire floor that can be raised or lowered to optimal viewing positions for multiple researchers
and astronomers. The gearing, machinery and controls have a circa 1950s/1960s look to them: analog toggle switches, lots of metal knobs and dials, and tubing. As you stand in awe of the massive telescope, you may forget that the room is very cold. This is to minimize the difference with the exterior night-time temperature so as to eliminate condensation, and other issues related to large temperature swings.

If you are planning to visit, know that this is not so much a tourist center as an actual, working research facility. So, contrast to popular opinion, there is no planetarium or fancy presentations. Instead, there is authentic charm exuded by the staff (who obviously take great pride in their work) to the ornate wood work adorning doors, flooring and even walls in the main refractor room. 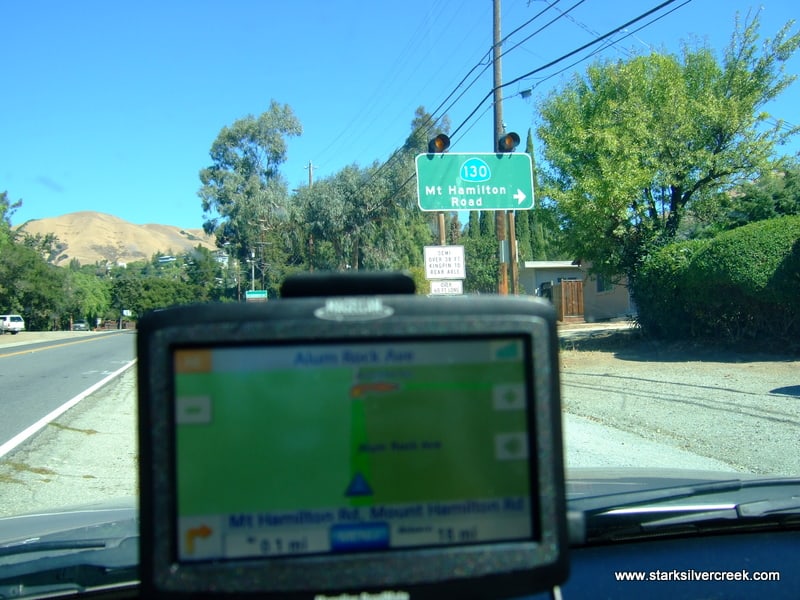 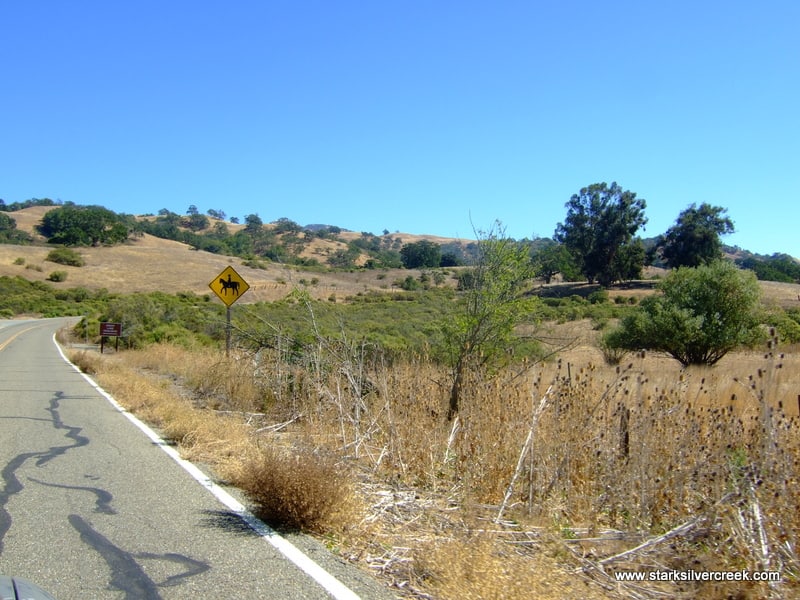 Watch for horses, cattle… and cyclists! 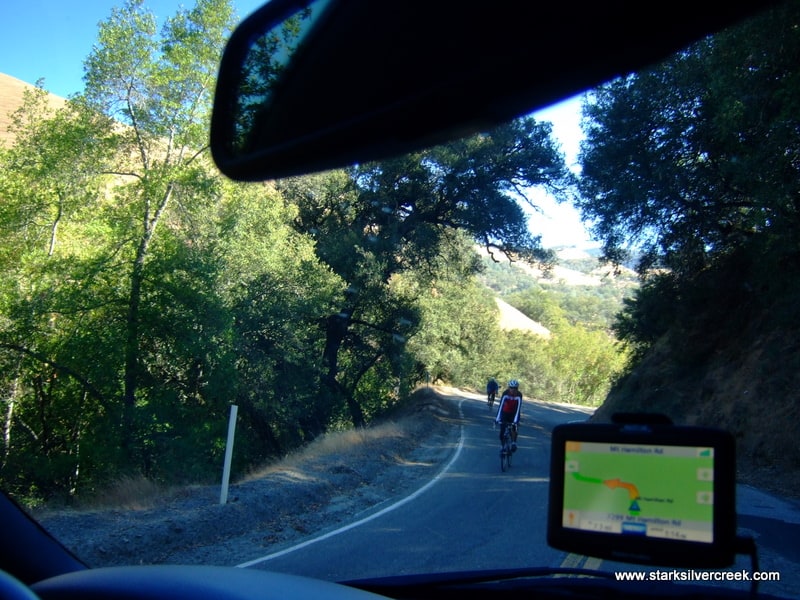 A challenging ride, but easier on way down. 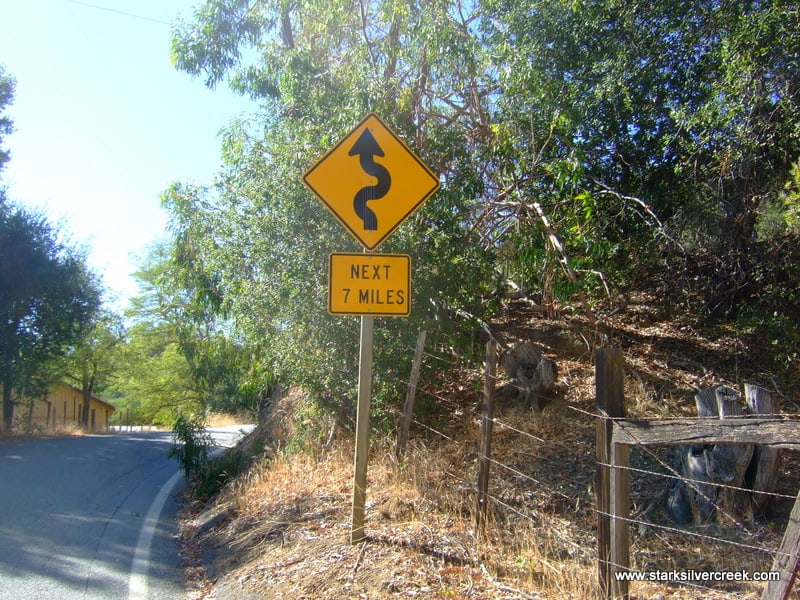 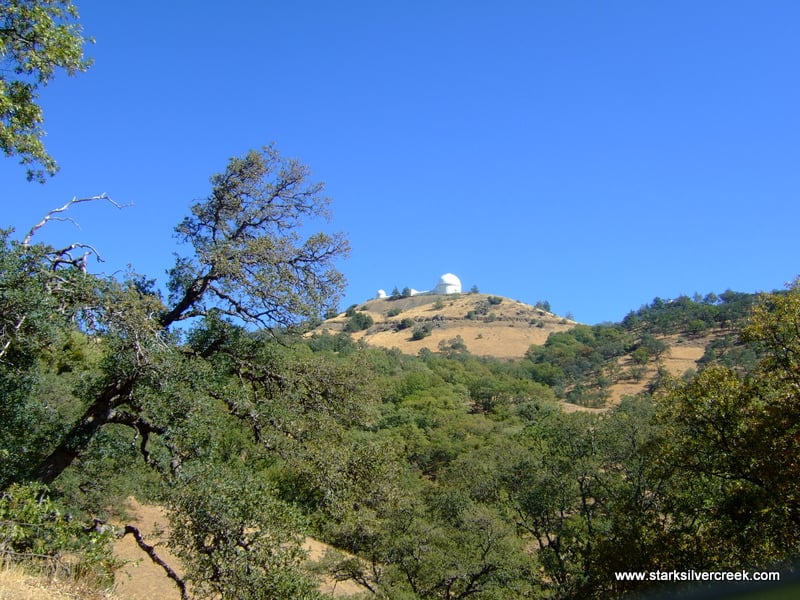 Half way there, a good view of Lick from Highway 130. 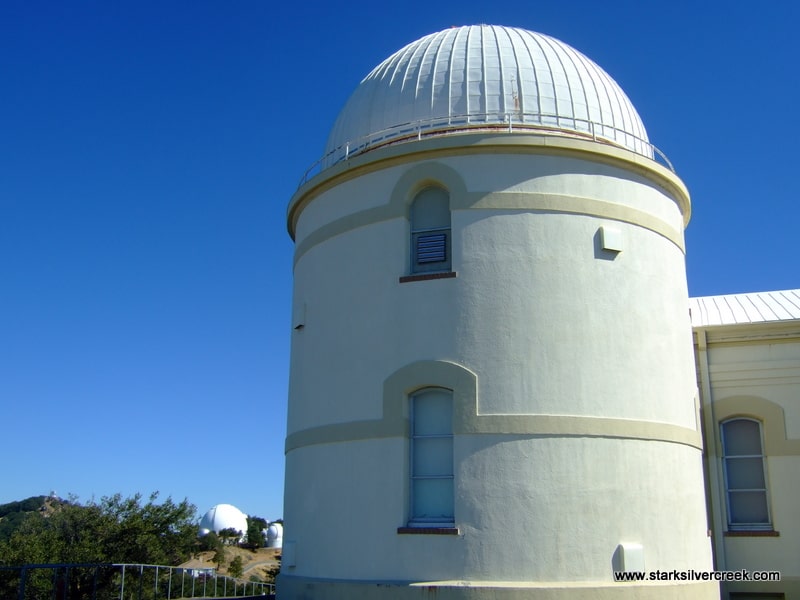 One of the observatories, with relatively new titanium-based paint job. 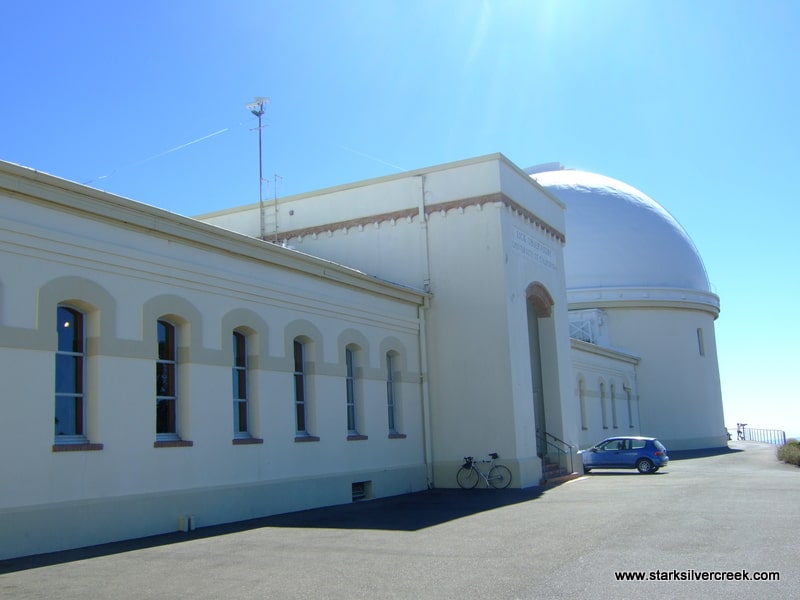 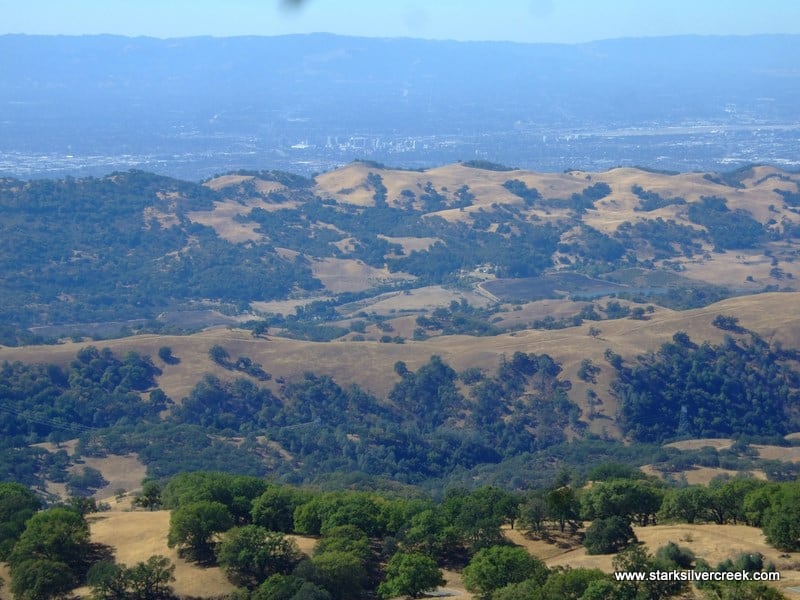 At 4,200 ft., a view of the valley below, with downtown San Jose in the distance. 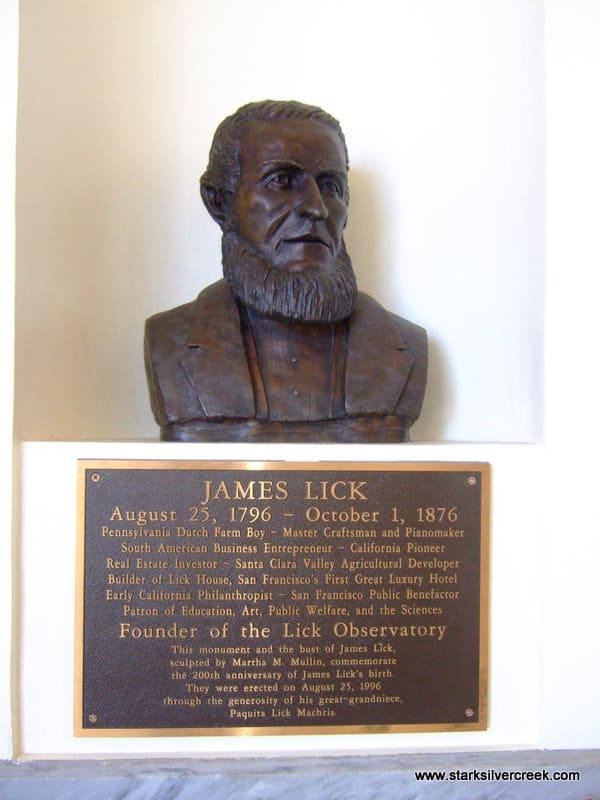 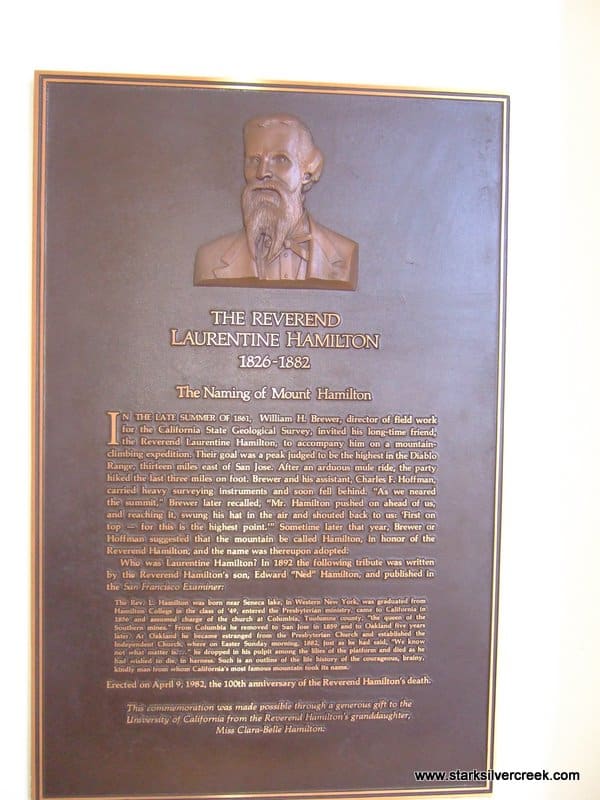 Next time you run to the top of an unnamed mountain or hill, call it your own! 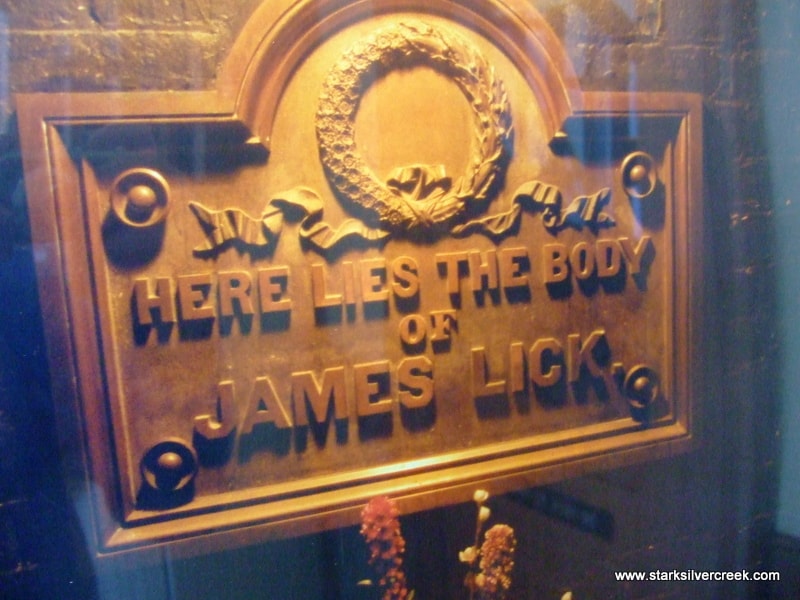 “Here Lies The Body of James Lick” – his body rests below the 36″ refractor telescope. 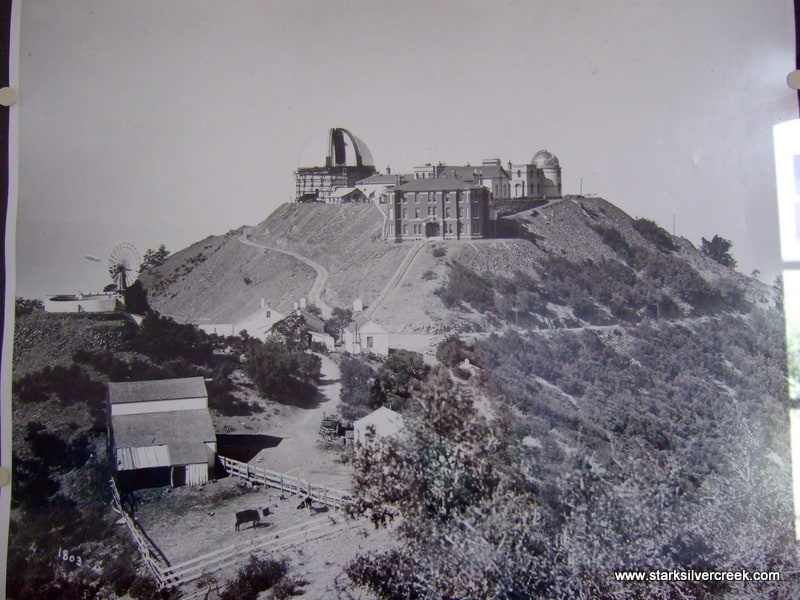 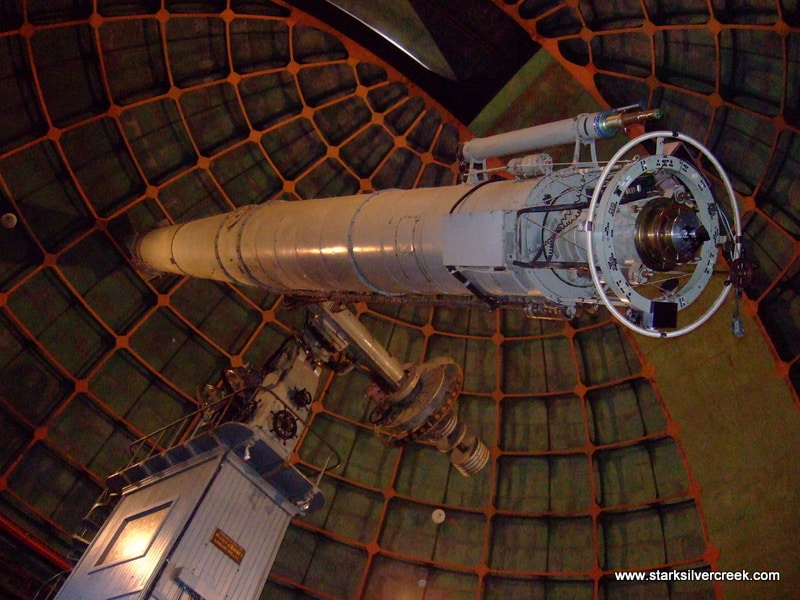 The largest telescope I have ever seen! 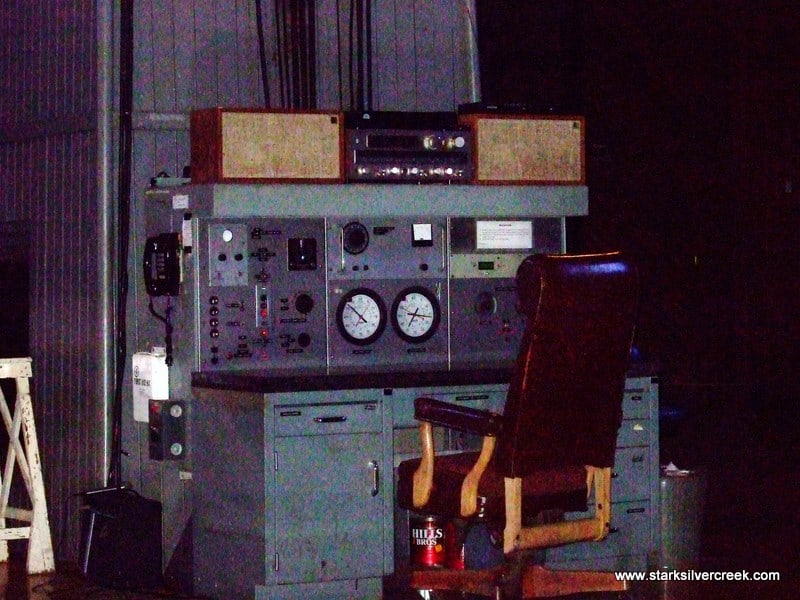 What does this button do… ? 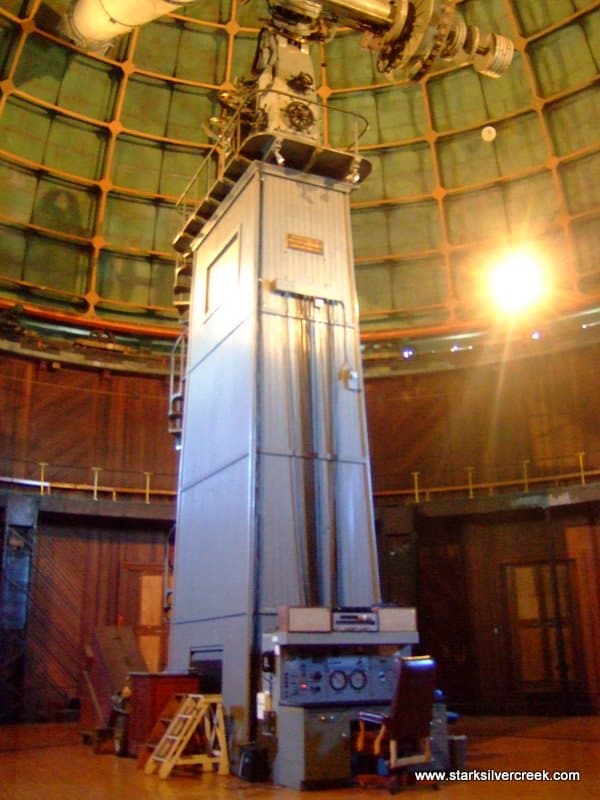 An impressive, and cold, room. 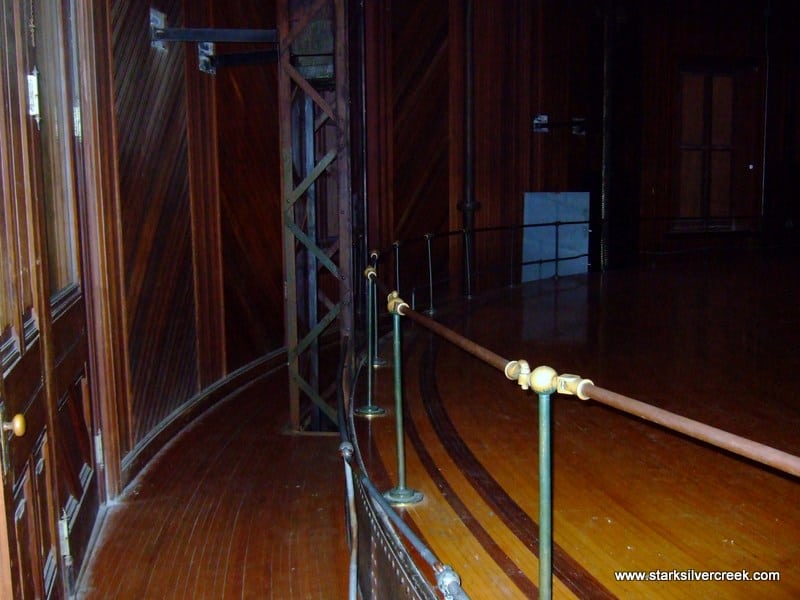 James Lick was also involved in the woodworking trade, which explains the extensive use of wood on the floors and walls. 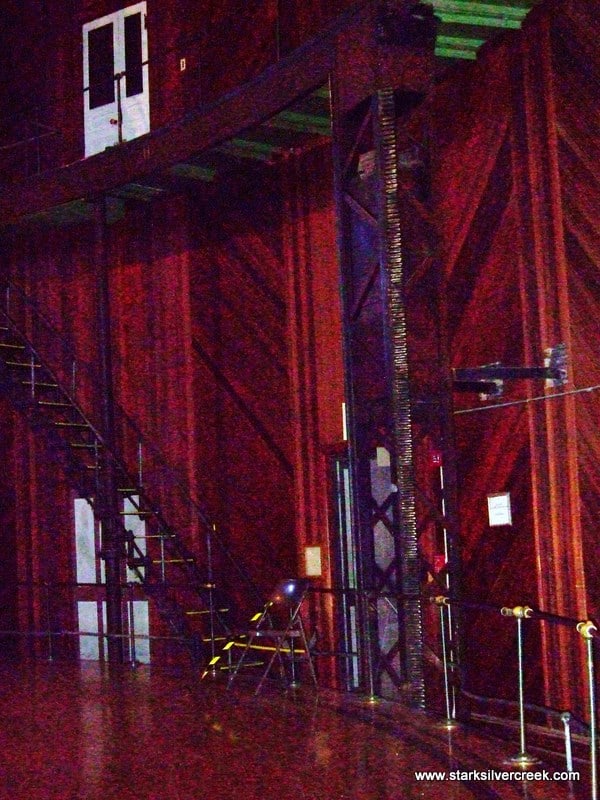 A rack and pinion gear system enables the floor to adjust up or down… it’s so much more impressive than an adjustable chair. 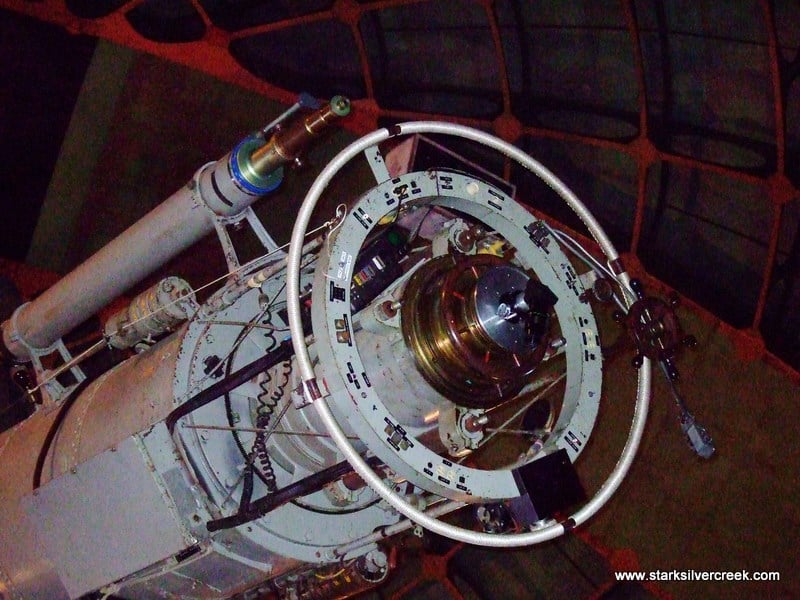 Close up of the telescope. 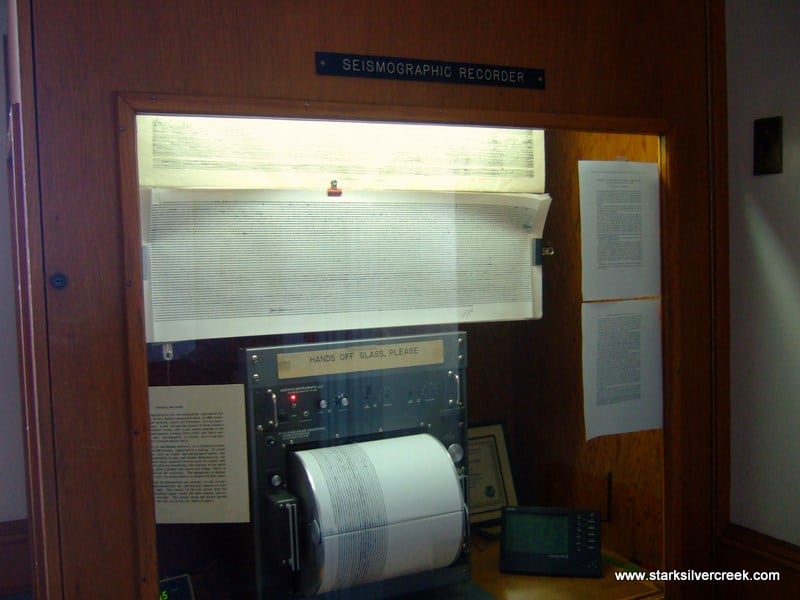 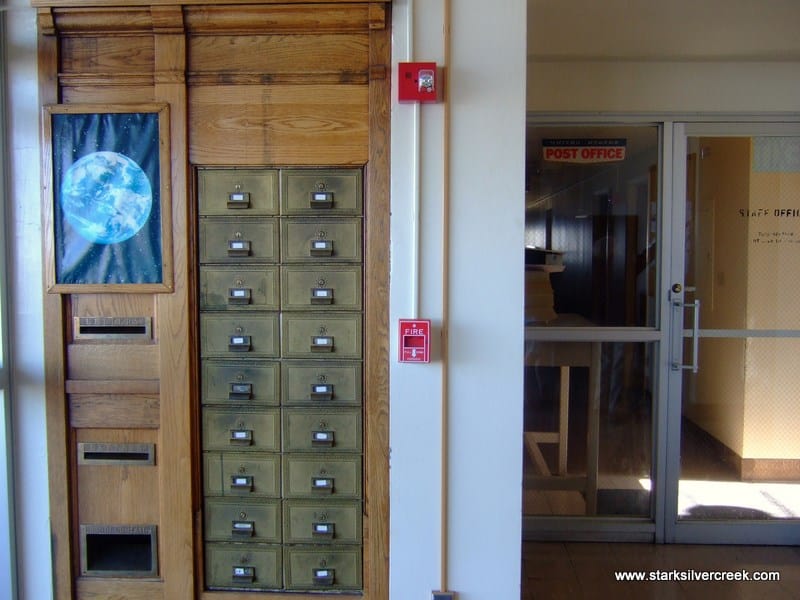 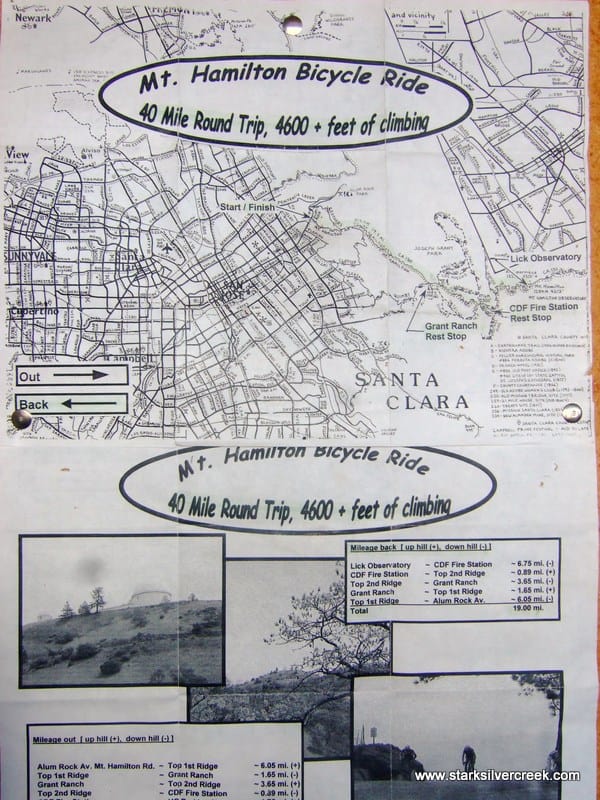 Looking for a cycling challenge? 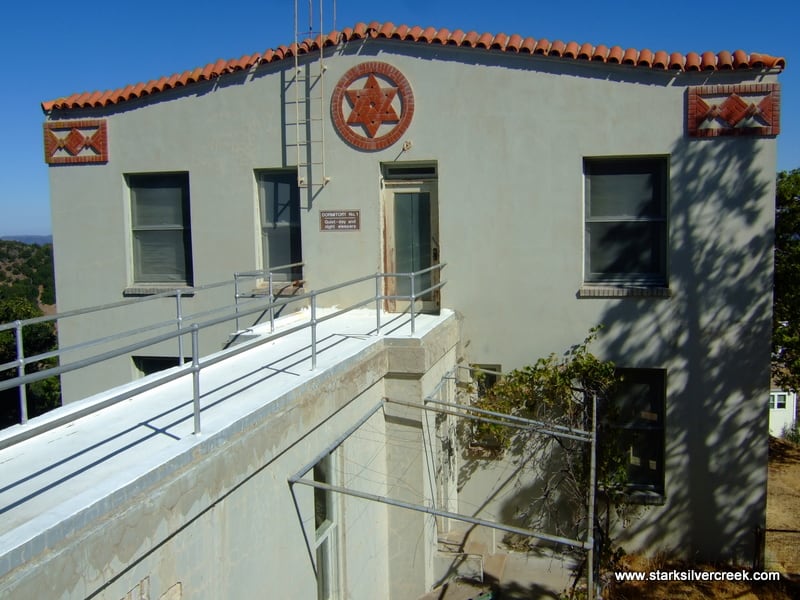 One of the on-site residences where approximately 40 staff call home. 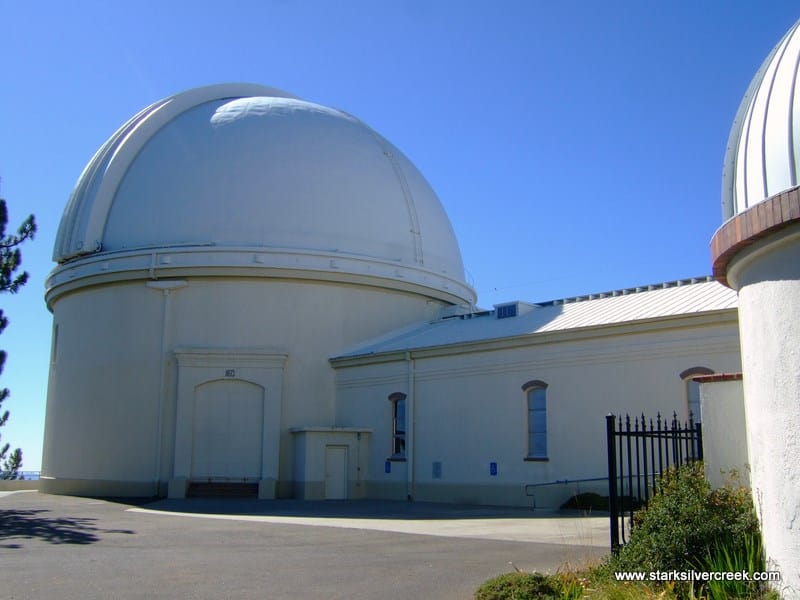 View of the main refractor telescope from the rear of the building. 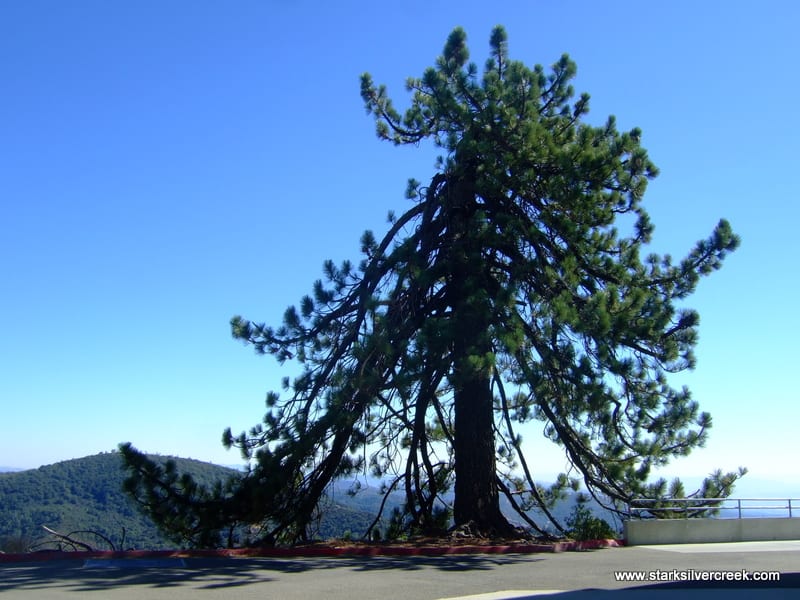