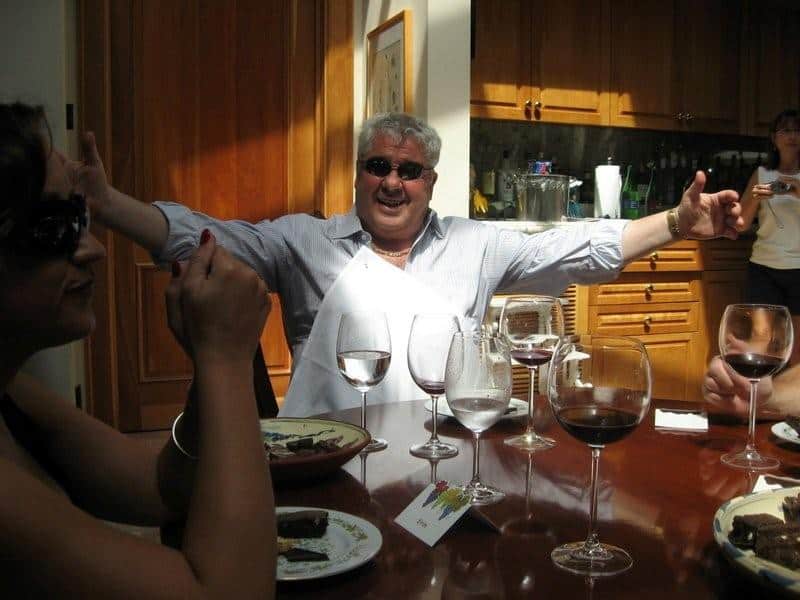 Lorenzo Petroni at the head of the table. Clint and I were fortunate to be 2 of the 10 guests that Lorenzo welcomed into his home for the Sonoma Wine Country Winemaker’s Lunch event.

Sometimes to partake in an adventure, one must be open to the possibilites that present themselves. While driving to work one morning, I heard a radio ad for the Sonoma Wine Country Weekend event and was intrigued. So much so that I promptly went to the website at first chance and booked Clint and I for a winemaker’s lunch at Petroni Vineyards.

I choose this particular winery event because it was limited to a cozy group of ten guests, the proprietor also owns The North Beach Restaurant up in San Francisco, and we have never ventured to this winery which only accepts visits by appointment. It had all the characteristics of a great adventure in the making.

The event far exceeded our expectations.

We arrived in Napa about 1/2 hour prior to the event so we swung by the Valley of the Moon winery before making our way up a winding driveway to the home and winery of Lorenzo Petroni. We were greeted by Drinda Petroni who is the director of their wine club and the daughter-in-law, married to Lorenzo’s oldest son. In true wine country style, we were taken to their basement which housed not only their barrels of wine but their equipment as well. 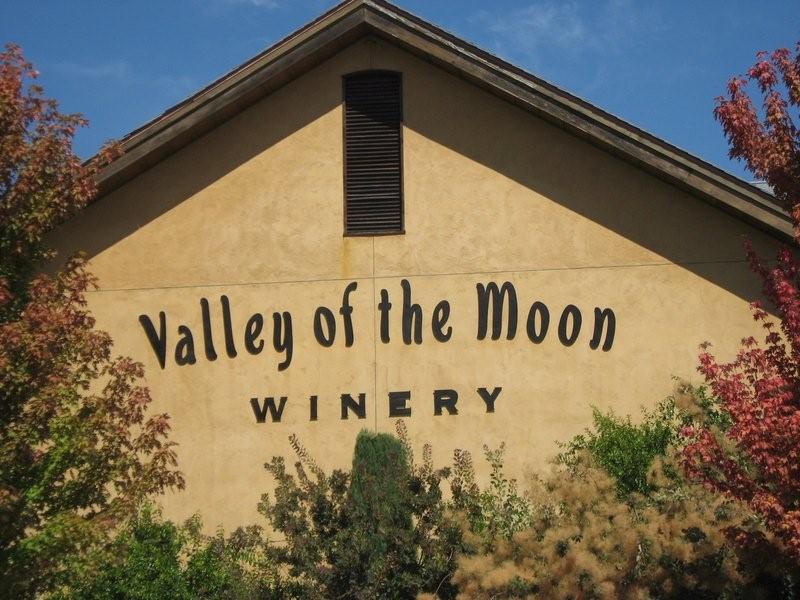 Quick stop at Valley of the Moon winery before our winemaker’s lunch event. 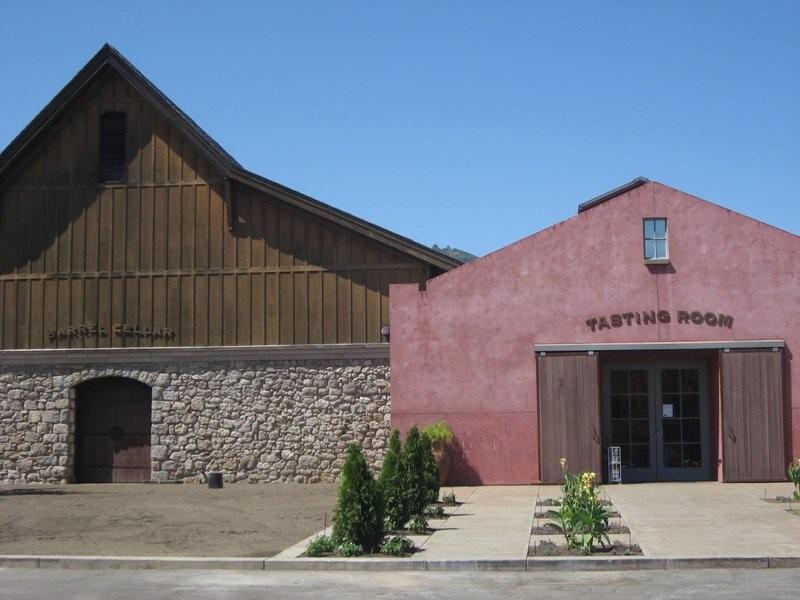 This unique pink building of the Valley of the Moon is featured in limited edition prints sold within the tasting room for $85. When we visited, the place was crowded as a group of distributors, resellers and commercial clients were there tasting some of the lastest releases. 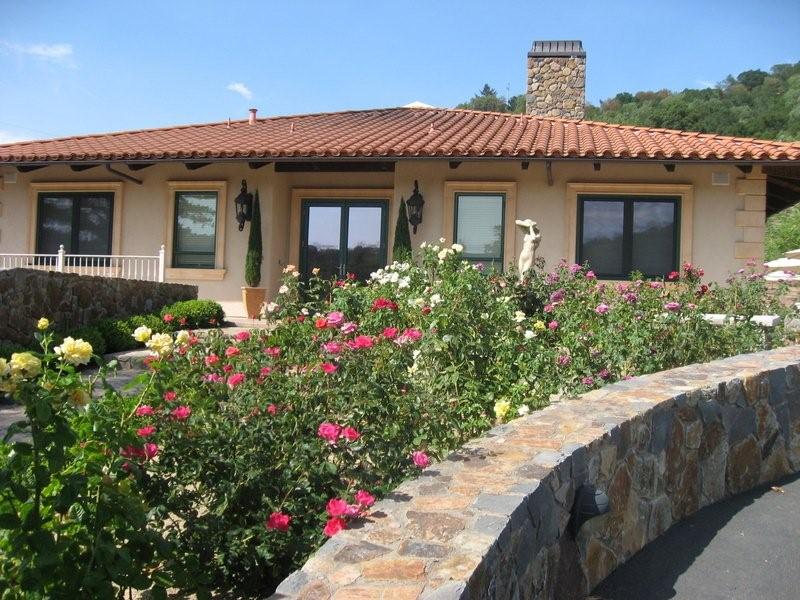 Approaching the home and winery of Petroni Vineyards. 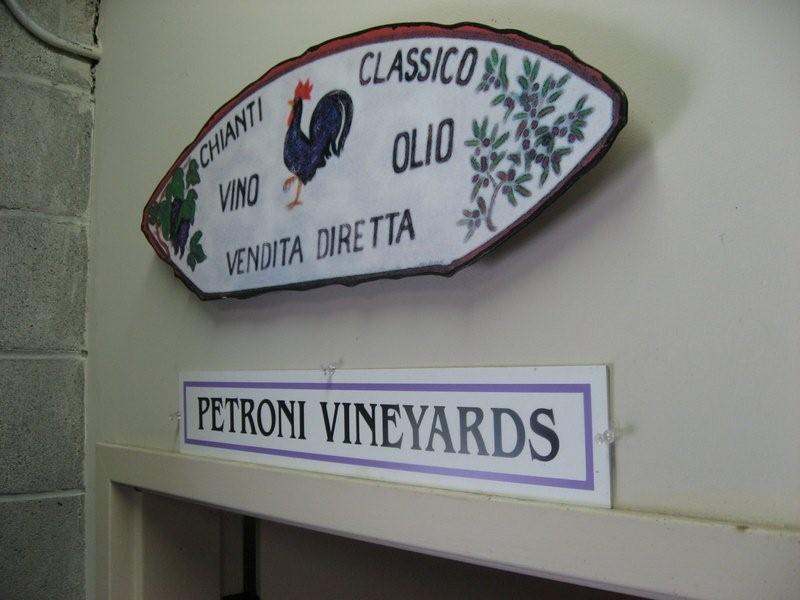 Nice ceramic sign above the door to the basement. 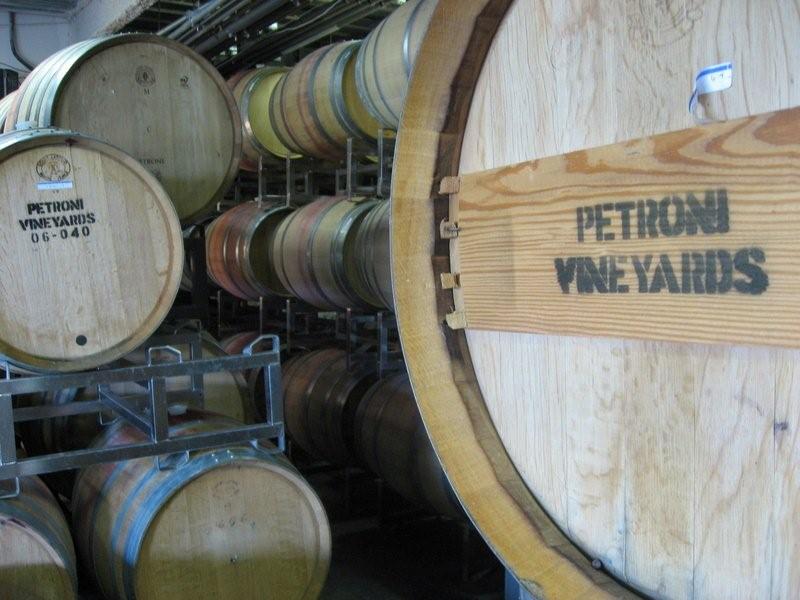 Wine barrels in the basement of the Petroni’s home. They produce small lots of wine around 500 cases. 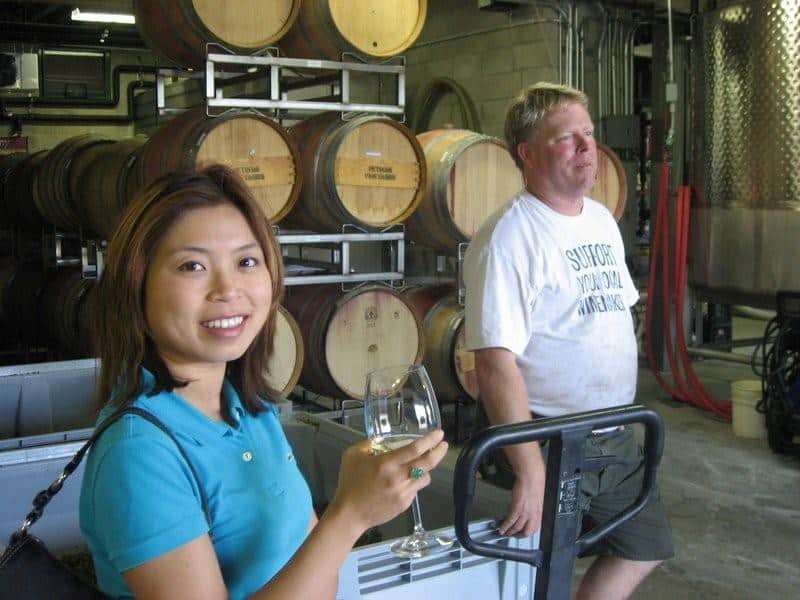 Tasting Petroni’s Sauvignon Blanc. Behind is Tim, the winemaker. 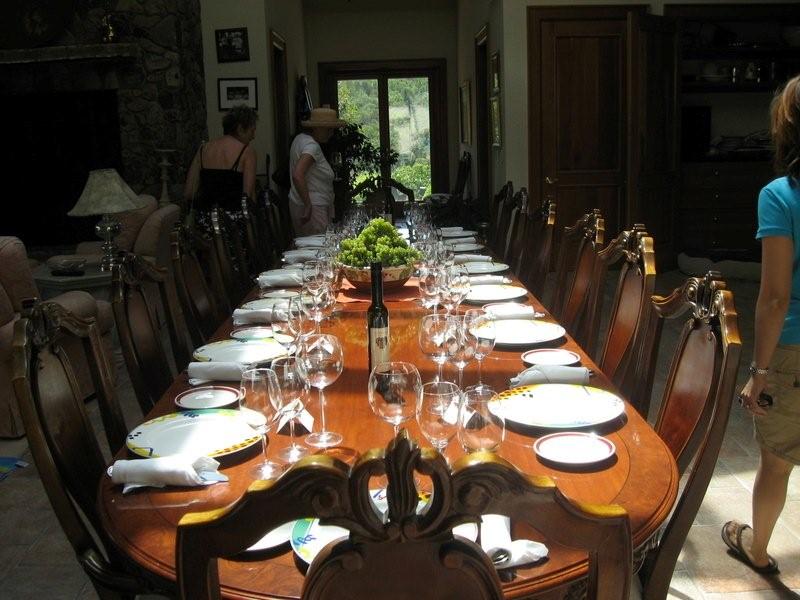 Table set for the event. A very grand table in a grand room that was constructed just for entertaining. On one side of this table is an enormous kitchen, on the other is the family room which extends out to great views of the pool and vineyards. 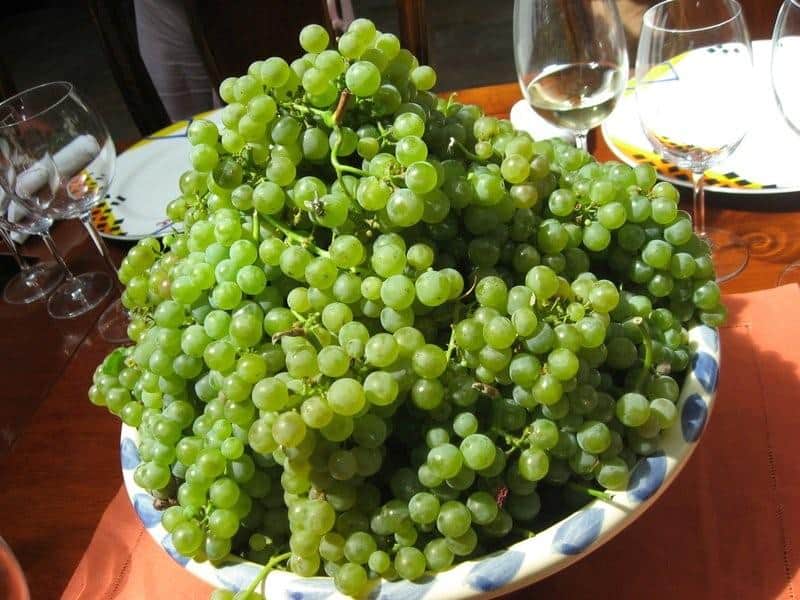 At the center of the table was a large bowl of Sauvignon Blanc grapes from the latest harvest. Drinda at the end of the event sent us home with some of them. What happened to our grapes? Well dear reader, that is a story for a completely different entry. 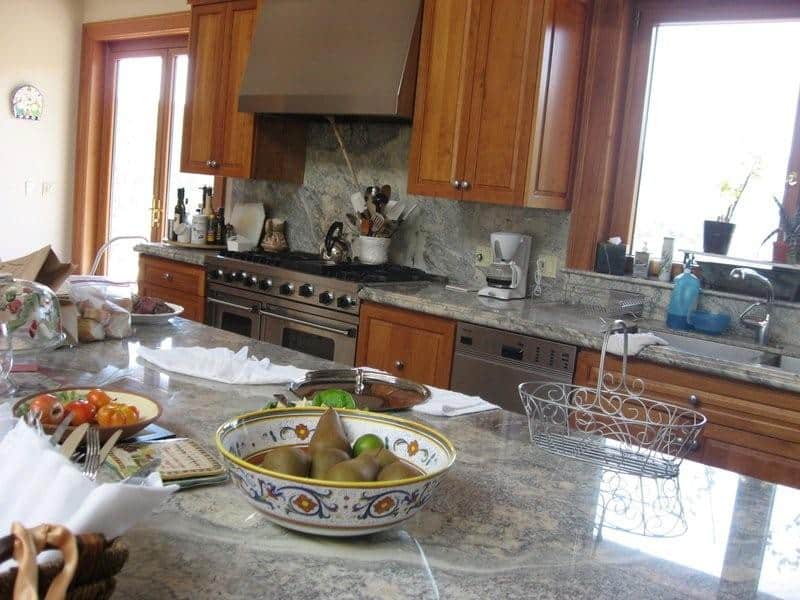 The large kitchen where the meal was prepared before us by a chef from The North Beach Restaurant. 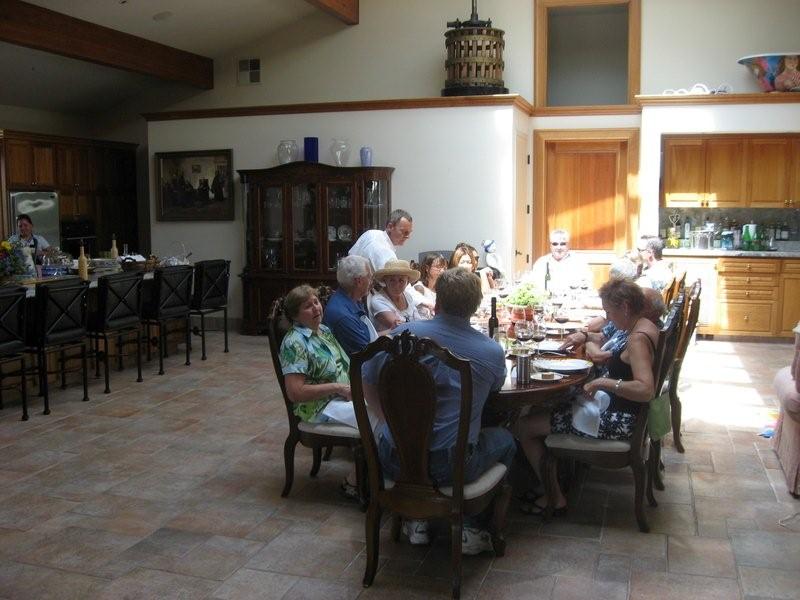 All the guests seated at the table. We had great natural light streaming down from the large skylights that, on a cooler day, could open up along the entire roof line. 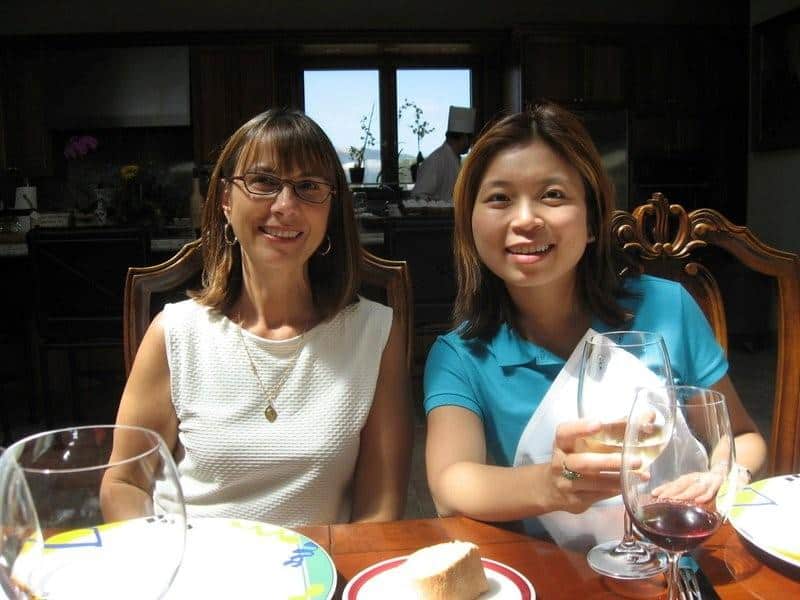 I was fortunate to have my placesetting left of Drinda and one seat away from Lorenzo Petroni. During lunch, we had wonderful and boisterous conversation about green energy, the politics of enviromentalism and the history of Petroni Vineyards. Lorenzo is looking into both wind and solar energy for his winery – wind during winter and solar for the summer. He also grows a lot of organic produce on his land including 1,000 olive trees that provide the olives for the truly addictive olive oil that Petroni Vineyards produces. I shared with Lorenzo and the rest of the guests some of my adventures in Rome including my stop at the Contucci Winery and my first impression of the Pantheon. 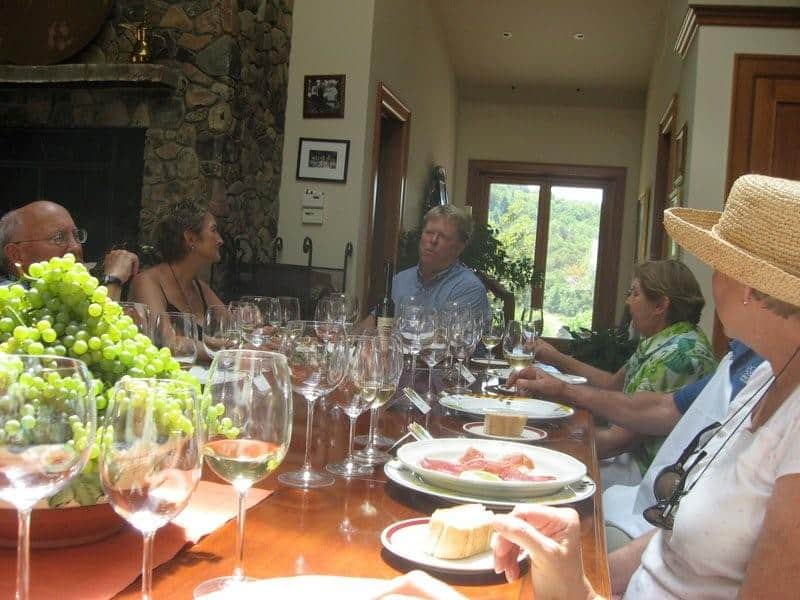 At the other end of the table was Tim the winemaker. He would introduce each of the wines for each course of the meal. 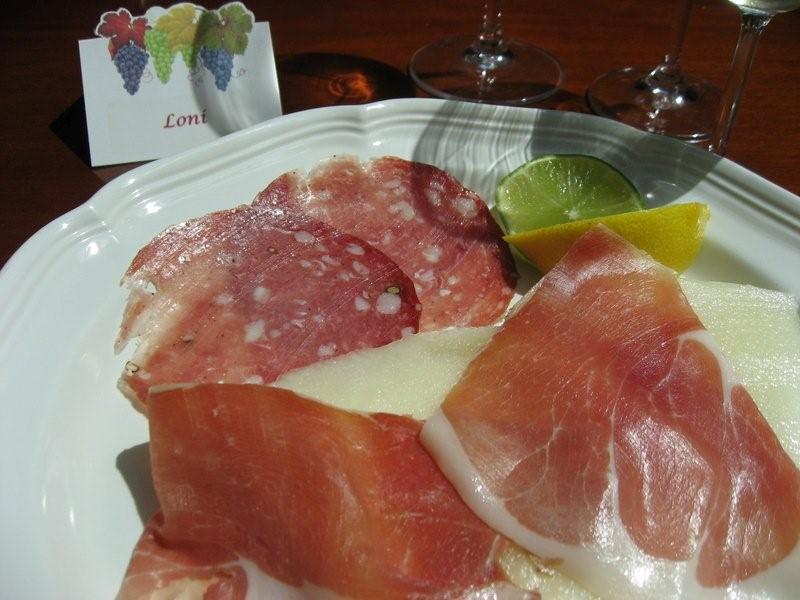 First course, Crenshaw melon with prosciutto and salami. Lorenzo makes his own prosciutto. It was the best prosciutto I’ve ever had, not too salty, just the right balance of flavors. I was told that this is because no preservatives are added. 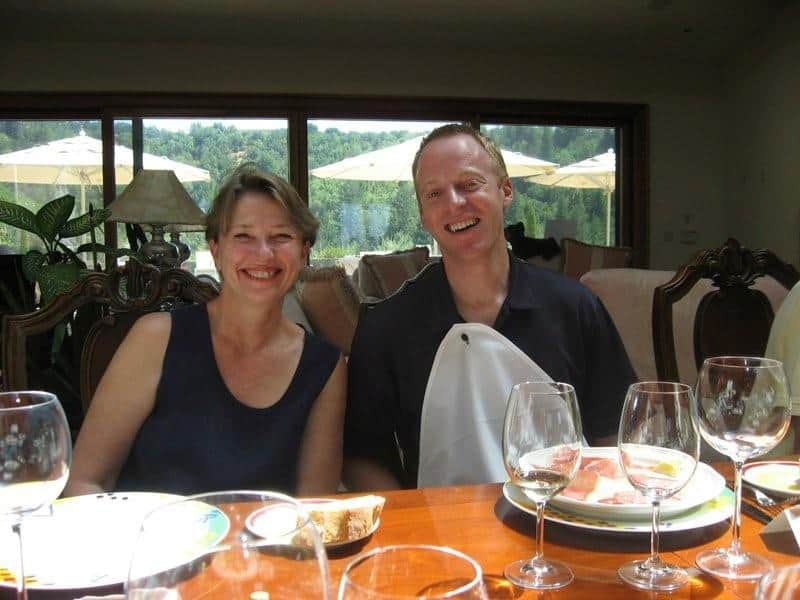 Clint sat across from me with Deborah who is a new employee of Petroni and a long-time friend of Drinda’s. 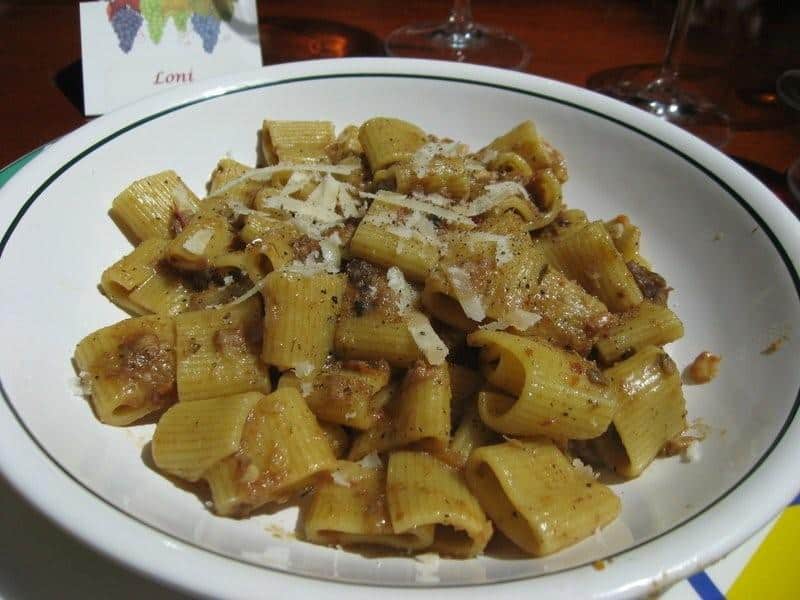 What is an Italian meal without pasta? During the different courses, Lorenzo taught everyone the “wine wave” where everyone around the table toast each other. Followed by Salute! Let’s just say we all had a lot of great wine that day. 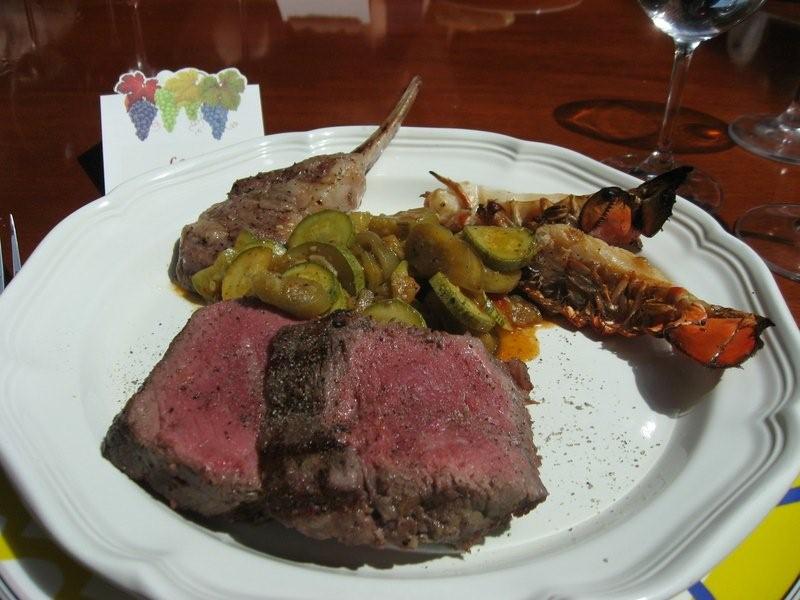 Main course which really could have been three courses. Lobster tail, lamb chop and steak. The zuchini was fantastic and grown organically on the grounds of Petroni Vineyards as well. 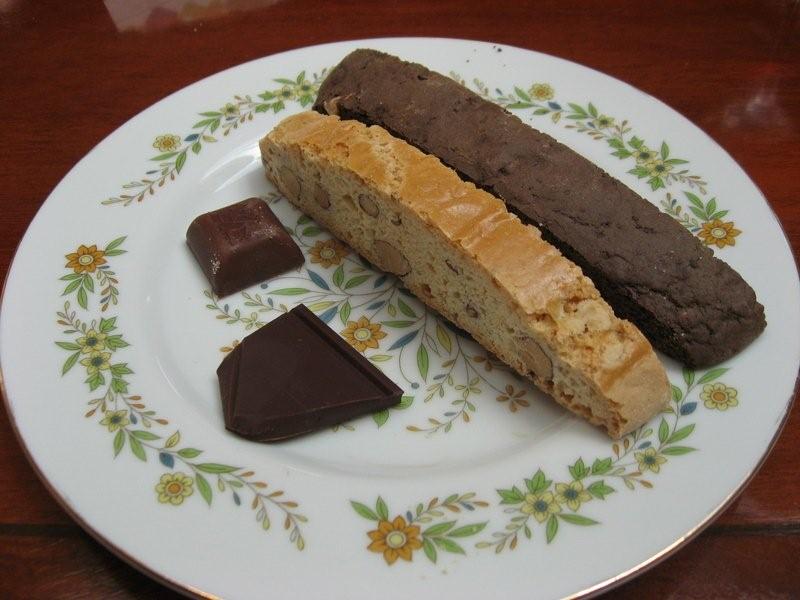 Dessert was of course biscotti and chocolates. Yum, incredibly good when dipped in Cabernet Sauvignon. 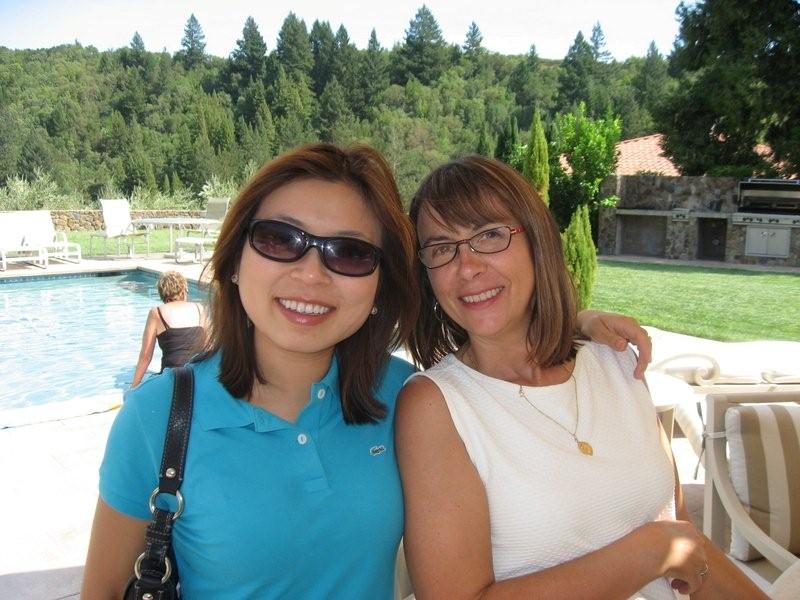 Drinda and I outside after lunch in front of the pool. 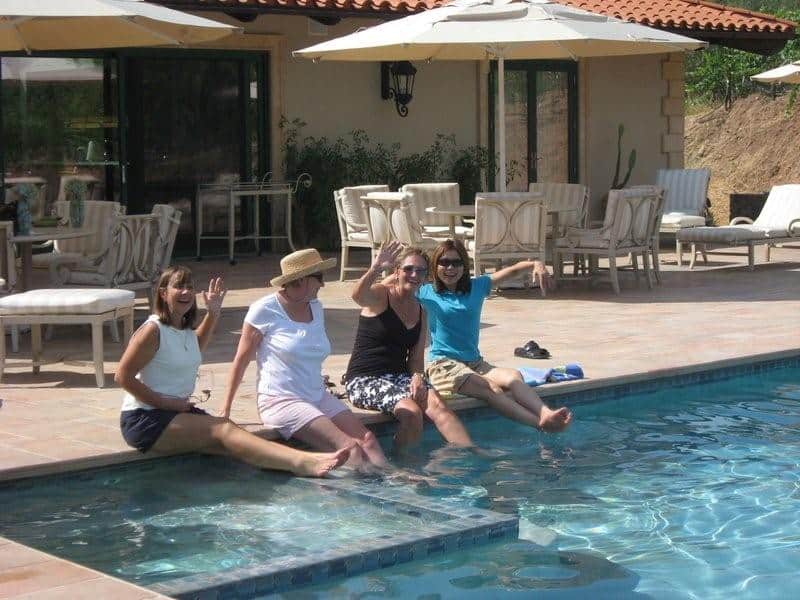 We all decided to dip our feet into the cool waters of the pool. What a great way to end!

The Petroni family were incredibly generous and gracious hosts. The meal was fantastic, the wines exceptional. At the end of the event all couples were sent home with a bottle of their precious olive oil. With that and the several bottles of wine we bought we will be able to relive memories of this wonderful day.

Clint and I had a fantastic time at the winery and look forward to next year’s event! A Presto!