Over lunch today I learned about the death of Randy Pausch (Carnegie Mellon page) and his last lecture. Curious, I was able to 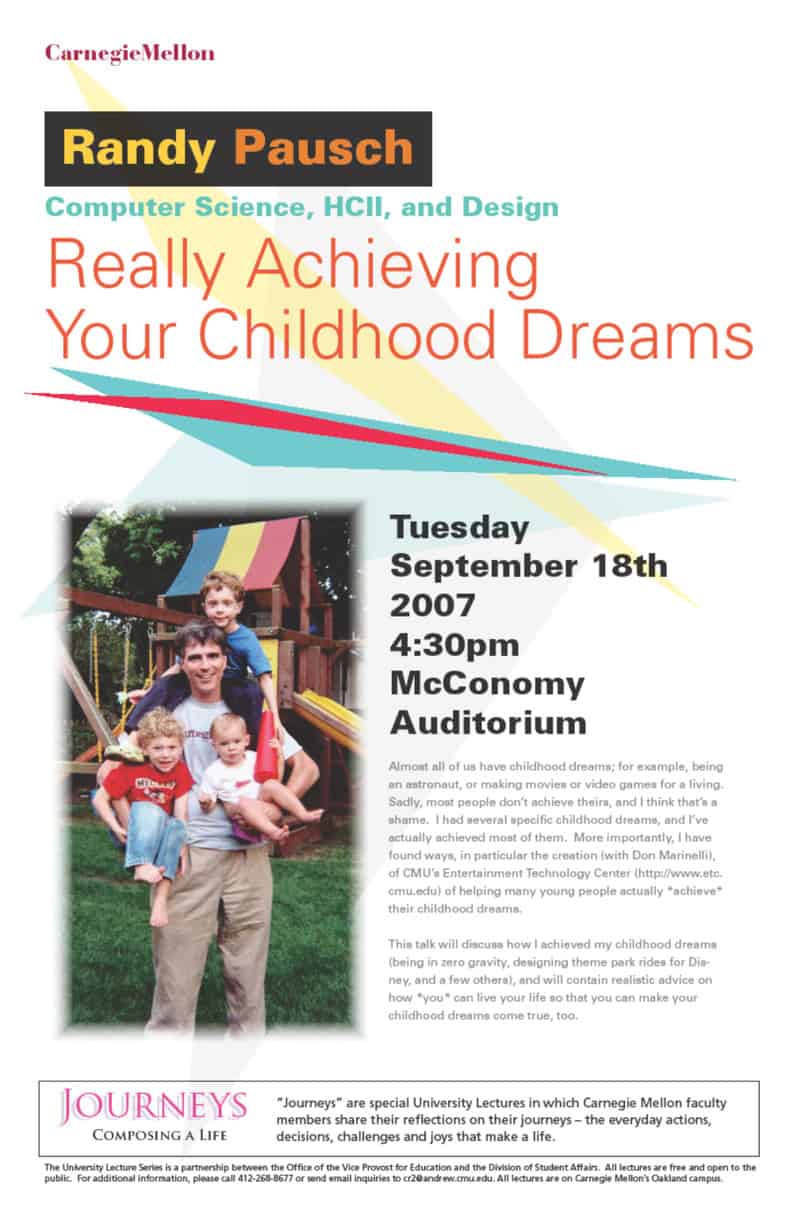 read some of the headlines and view part of his now famous presentation from Carnegie Mellon September 18, 2007.

Having learned just weeks before that he had about 6 months to live, his lecture is moving and uplifting. Unlike today’s commercial, so-called inspirational, karate-kicking charlatans, this one comes from the heart and will leave a long lasting legacy, especially as he intended for his children.

Watch how he wins over the audience in less than 3 minutes.

He reveals his “deathbed conversion”. I won’t give away the punchline but it’s good.

The world would do well to have more like Randy Pausch.

Here’s the YouTube of his last lecture… a great way to start the weekend!