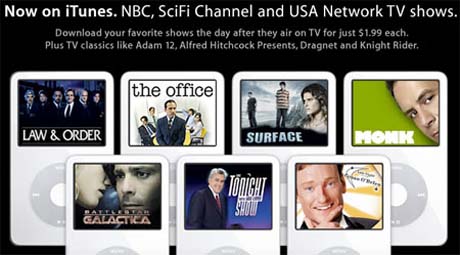 It’s that time of year already. To reminisce about the year that was 2007, and look ahead to that new year just weeks around the corner. For me, it also means thinking about innovation & technology — a few of my favorite topics.

One trend in particular I’ve been following over the past year is the battle for downloadable video profits. It’s perhaps a perfect mix of technology and business factors colliding in an electrical ball of bits & bytes. It also seems to be suffering from several false starts and a lack of critical mass.

But as they say: to learn about the future, sometimes you need to look at the past. This is apropos for the video download business as its close cousin, downloadable music just graduated with ease and is now proudly wearing an Apple iTunes cap and gown. Unfortunately the path to video mainstream is fraught with both business and technical challenges.

On the technical side, video requires a bigger pipe to move content to the consumer. Not only does this pipe need to carry video and audio, but it also needs to carry it at increasingly higher resolutions to accommodate the demands of high definition and larger screens. Music files, much trimmer in size, did not face this challenge and can easily download in less than 30 seconds. The Internet (at least in North America) isn’t yet able to deliver gigabytes of content to impatient consumers in a reasonable time.

The second technical strike against video is the lack of an industry standard. Again, music had it easier with the defacto MP3 format. Every music player today supports MP3. Video, on the other hand, is mired in a confusion of competing standards: DIVX, MP4, H.264, AVI, and countless others. Buying a video player — often referred to as a Personal Media Player (PMP) — requires more geek factor than the average Best Buy consumer is likely to possess.

We all know that technology moves rapidly, so it’s plausible a bigger Internet pipe and a defacto video format standard will soon emerge. Unfortunately, this is where we learn a big lesson looking back at how the music industry was blindsided by Apple and iTunes. You can bet the movie and TV studios were paying close attention to how music profits shifted form artists to distributors.

In other words, even if the technology hurdles are overcome, a sustainable business model has yet to emerge.

This time around, the studios want their profits and will not likely succumb as did the record studios in forfeiting margin to a small distributor called Apple. It’s amazing what Apple has done to the music industry in just over 5 years. Staggering. That is why now studios are now striving to cut out the middle Apple man and establish their own distribution channels . A good example is NBC with their own new video download web site (NBC direct) and deals with Amazon’s Unbox video download service and licensing via the beta hulu.com site. All with the goal to restore profit margins. “We did this to eliminate the middleman,” says NBC’s Jeff Gaspin.

While 2008 may not see the ultimate outcome of this battle of titans, it will definitely mean more choices, lower costs and increased flexibility for consumers. Now that’s entertainment!