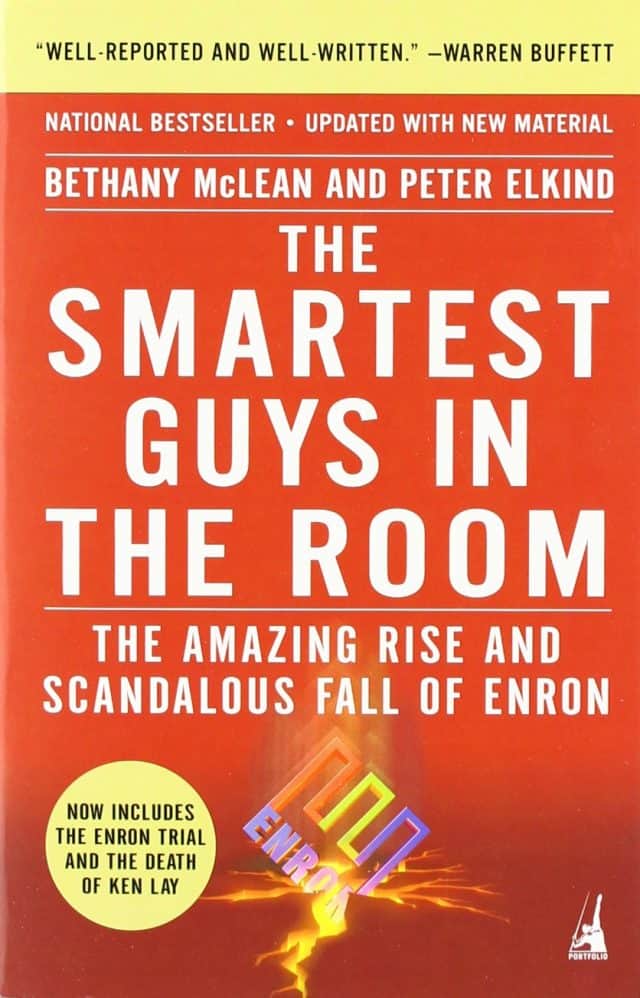 Enron “The Smartest Guys in the Room” reads like a well-written piece of journalism: straight ahead, fact-based reporting with no over dramatization the subject could have easily provided. At times it dives deep into numbers, and those with little interest in accounting or financial structures may be better off flipping ahead a few pages.

That so many people and organizations (banks, investors, auditors) were complicit in a ponzi scheme thinly disguised as a legitimate energy trading business is shocking. Worst of all: innocent employees left holding the bag, now with nothing in their 401K for retirement. What is interesting, however, is trying to determine when ultimately Enron stepped over the line and became an illegal operation. It’s not clear. And may never be, as the demise was a series of incremental steps all within an environment that rewarded risk-taking and pushing the envelope.

I also highly recommend the DVD of same title. It is essentially a more dramatic (and less accounting focused) version of the events with lots of juicy video (Jeff Skilling telling employees at a company meeting to keep buying stock, and put their entire 401K into Enron stock, while himself dumping tens of millions of stock). And how about the adrenalized hubris at the core of Enron’s trading floor where twenty-somethings did everything to make profits at anyone’s expense (California)? Riveting!

“DisneyWar” is also great. Michael Eisner is a charismatic, controversial and ultimately flawed leader that makes for entertaining reading. With the $7B purchase of Pixar and Steve Jobs now on the board of directors there is certainly more drama and surprises ahead for Disney.

Business is one of my favorite reading subjects. I’ve read many books over the years, and in particularly enjoy the “inside” perspective on companies that did incredibly good (Apple) or spectacularly bad (Enron) things.