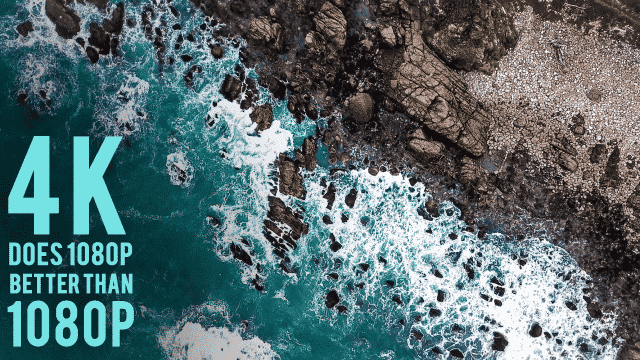 You might be thinking: “But most screens are still 1080p, that’s why I don’t bother filming in 4K”. Right, we need to talk. There are so many secrets hidden in 4K that extend far beyond output resolution. Here are the top 5 reasons to jump ship and join team 4K – and never go back.

Let’s cut to the chase – if you plan to output your file in 1080p, film it in 4K. The science of this one is a little tricky to distill, but here’s a simple explanation: A 4K image (3840 x 2160, about 8 million pixels) contains 4 times as much information about the picture as 1080p (1920 x 1080, about 2 million pixels). Let’s say you film something in 1080p, for every frame your camera captures it has 1 chance of obtaining accurate information – that’s it. If you film in 4K and then squish your video down to 1080p, it averages 4 pixels into one. When you downsample 4K to 1080p that’s 4 stabs at capturing accurate information for each pixel. This new image is going to look better because it’s based on more information. Sure, you’re leaving picture quality up to math, but hey, welcome to digital video.

Shooting in 4K lets you adjust your framing in post. Didn’t have a slider on a shoot? Scale in the footage 10% and pan the difference in post. Want to zoom in on that tigers teeth but you shot it on a prime lens? Set some key frames and scale it in post. So what you’re saying is… 4K lets me be a lazier filmmaker? Not quite, but this feature does seem to reveal itself as 2 very different attitudes:

A. More options means more creativity with my shots.
B. 4K lets me make more mistakes and control it in post.

Think of it like this: always shoot in 4K just in case you have better ideas in post. It’s a useful tool for catching small framing mishaps and fine tuning shot composition. During editing I often tweak framing a little when something isn’t quite tight enough and I want a shot to be more intimate (see example below). Don’t be careless though – getting it right in camera is always priority, but 4K affords some flexibility. 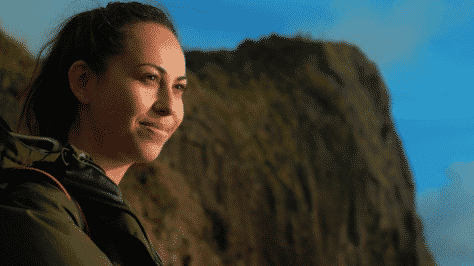 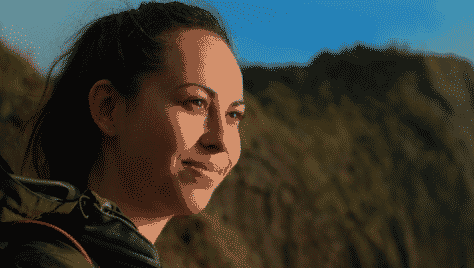 Ah, the jello effect. We’ve all had it – I’m talking about post stabilization gone wrong. In case you’ve never used it before, software stabilization does its best to analyze motion in a clip and smooth out any inconsistent movement. Guess what, 4K is like rocket fuel for stabilizers. During its analysis the stabilizer is looking for obvious details in the image that it can track. The more detail available, the more material it has to work with. Like we discussed in the first point, because 4k has 8 million pixels and 1080p only has 2 million, we’re working with 4 times the data.

Motion tracker in After Effects works the same way. If you feed it a 4K image, it’ll have a field day with the amount of data available for tracking.

You’ve wrapped up a video for a client, they’re over the moon, you nailed it. You receive an email later that evening: “Hey talented videographer, we’d love some photos from the footage you shot”. This makes sense to the non-filmmaker, but no, this is seldom achievable. A screengrab from 1080p footage lacks the detail, even if you’re lucky enough to find a frame without too much motion blur. But, with the extra detail from 4K you can export screen grabs of your footage, polish them up in Lightroom and call it a day.

This isn’t a photography hack, photos have much more flexibility due to things like RAW, quicker shutter speeds and higher resolution, but it’s a great way to extend the mileage of your 4K footage.

If your camera shoots in 4K have more options for bit rates and bit depth. These are essentially modes where the camera gathers even more information, most notably color data. The more colors you have in your 4K file the more you can grade it in post. For example, on the GH5 if you dial it up to 4K 10-bit you’ll be capturing 1,024 shades of each primary color, and over a billion possible colors. If you knock it back to 8-bit you’re working with a quarter of the color information. Even if you plan to downsample to 1080p, having those extra colors gives you more options and creativity.

You might argue “but my computer is a little old and doesn’t handle 4K…”, that’s where proxies come in. This is a process where you convert all of your giant 4K video files into little 540p buddy versions – both Final Cut and Adobe Premiere have this function built in. You edit using those proxies, then when you export, the software automatically swaps out those 540p versions for the crispy 4K originals. Bam, now you’re editing in 4K on a 2012 Macbook.

Alexander Bruce has been a cinematographer for a number of years and has shot and edited hundreds of projects with a range of brands. You can follow Alexander on Instagram and YouTube. This article was also published here and shared with permission.