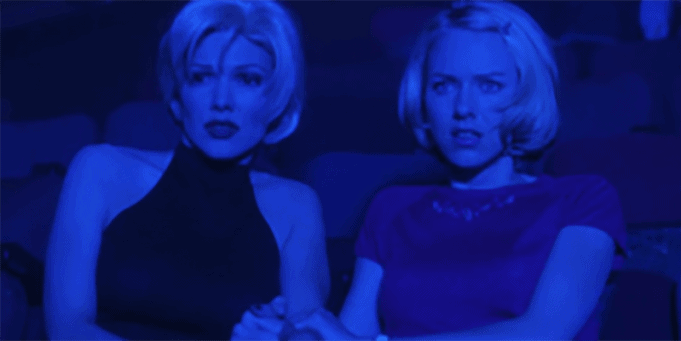 In the DVD edition of Mulholland Drive (2001) there’s an insert. On it director David Lynch provides 10 clues to help us (attempt to) unlock the mystery of the film — something that has become a bit of a favorite past time among his loyal, ever curious followers.

According to a new interview in Vulture, Lynch intended those clues only for France. There Mulholland Drive was a smash hit. Thanks to something fairly new called the internet, however, that famed list quickly became a thing and moved rapidly across the world. If that were to happen today, it would be simply called viral.

Lynch says, “So this thing happened that Mulholland Drive was a big success in France and I was asked if I could come up with these ten short clues to the movie. Normally I would’ve said no, but — and I don’t know why — I came up with things that people could think about when they watched it [Mulholland Drive]. But I thought the clues were only going to exist in France and then it blossomed on the internet — that’s what I mean about the world getting smaller — and people started asking me for more clues.”

Given his fondness for dream logic and his predilection of duel identity, unraveling his magmum opus has become something of blood sport. Oh, the suffering. Often theories, like the film, go in circles, or find themselves wandering aimlessly on a mobius strip. That the script was originally intended as a TV pilot, then re-written and extended into a feature film doesn’t necessarily help make things any more evident. But that’s likely the point.

I suspect Lynch wants us to all react uniquely to the experience; like we might when viewing a painting or other piece of art. Perhaps the reaction of the viewer is more interesting and deeper than any intent the artist could have ever anticipated?

In any case, David Lynch has been making the rounds the past few months to promote his new memoir “Room to Dream.” It’s an interesting if not familiar read for die-hards, and fondly kept me in good company on the way to Rome earlier this summer.

By the time I got to the parts about Inland Empire (2006) my mind was tired and mushy from jetlag — so the timing could not have been better to dig into what probably remains Lynch’s most inaccessible, yet possibly most ambitious piece of work ever created. Still, the one that keeps me coming back for more is, hands down, Mulholland Drive.

In Conversation: David Lynch can be read over at Vulture.

Good read, and thankfully there’s less emphasis in the interview on transcendental meditation — not that there’s anything wrong with it, I just appreciate stories and anecdotes about his art and filmmaking career. I guess I’m a bit of a selfish fan in that regard. We want more clues! Always more clues!