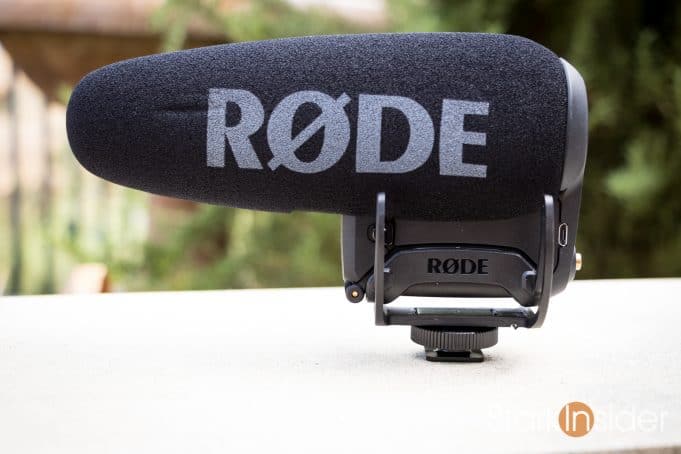 Rode. It’s about the only word you need to know when it comes to low-cost, decent quality sound gear for DSLR and mirrorless cameras. Their microphones, especially the low-cost shotguns, have become standard issue for wedding filmmakers, sports and documentary shooters, and for just about anyone who is into videography and values quality sound. Heck, why not, use it for home videos and events too.

Now there’s a new version of the storied VideoMic we’ve all come to love: the Rode VideoMic Pro+.

Yes, it’s pricier than past VideoMic models, but, based on my initial experiences at least, it looks like Rode has pretty much perfected its formula of producing an easy to use, lightweight mic that’s a no-brainer to toss into your camera bag.

I’ve been shooting with Rode shotguns for as long as I can remember, probably at least back to 2004 or so when we first started dabbling with video here on Stark Insider. Canon EOS 60D, 70D, 80D. And even the classic Rebel T2i. You name it. All my Canon bodies have seen a Rode at one point or another. Same holds true today for the nifty little Sony a6000. And I’ll be giving it a regular spin too on the new Panasonic GH5 — the killer of all mirrorless cameras for videography.

I haven’t yet shot a video with the Rode VideoMic Pro+, but I have unboxed it, and set it up on the GH5.

Now here’s something really nice too. The VMP+ will automatically power on (Automatic Power Function) when plugged into your DSLR or mirrorless 3.5mm input jack. Pretty sweet. One caveat: you need to make sure your camera is providing plug-in power. This worked perfectly with the Panasonic GH5. Turn on the camera, and the Rode VideoMic Pro+ powers on (as indicated by a blue status LED). Turn off, and the reverse happens. Small feature, but just one less thing you need to worry about when running about shooting videos.

Other details I noticed when setting up the VMP+ with my GH5 included a battery that can, thankfully, only be inserted one way (i.e. the right way), simple instruction booklet (though I seldom read them!), and a very durable feeling protective shell covering the mic (with that now iconic RØDE logo as expected). 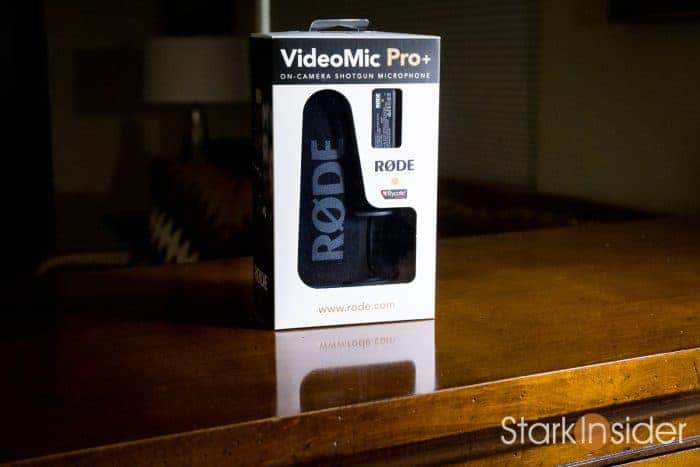 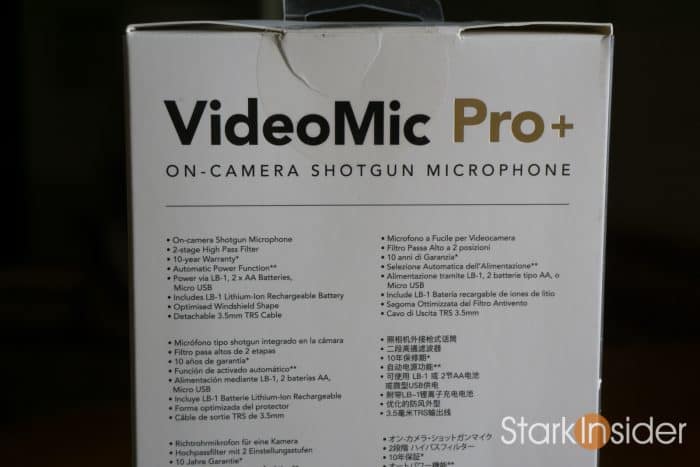 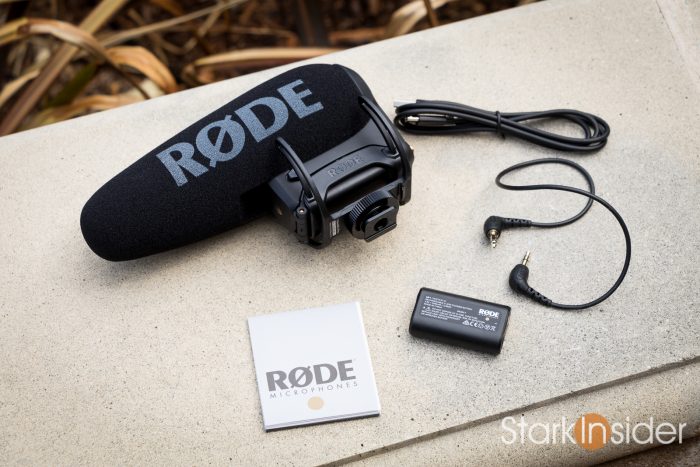 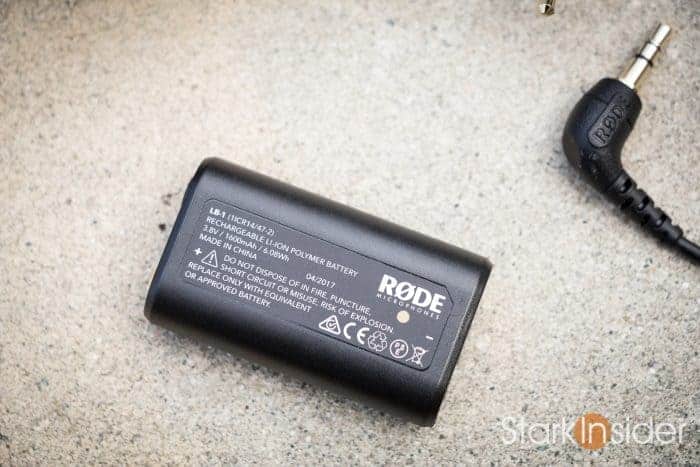 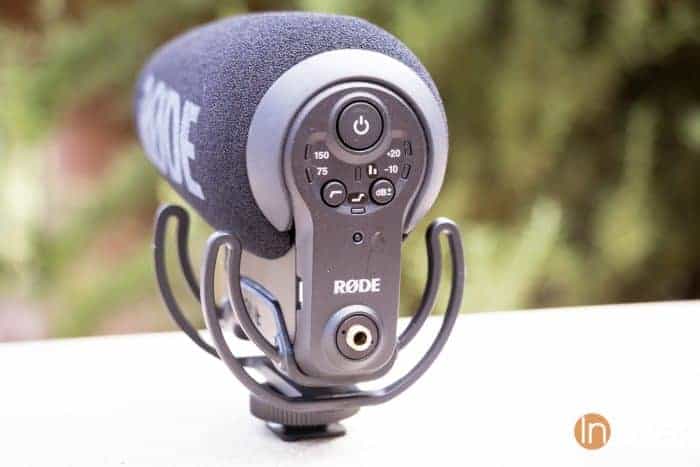 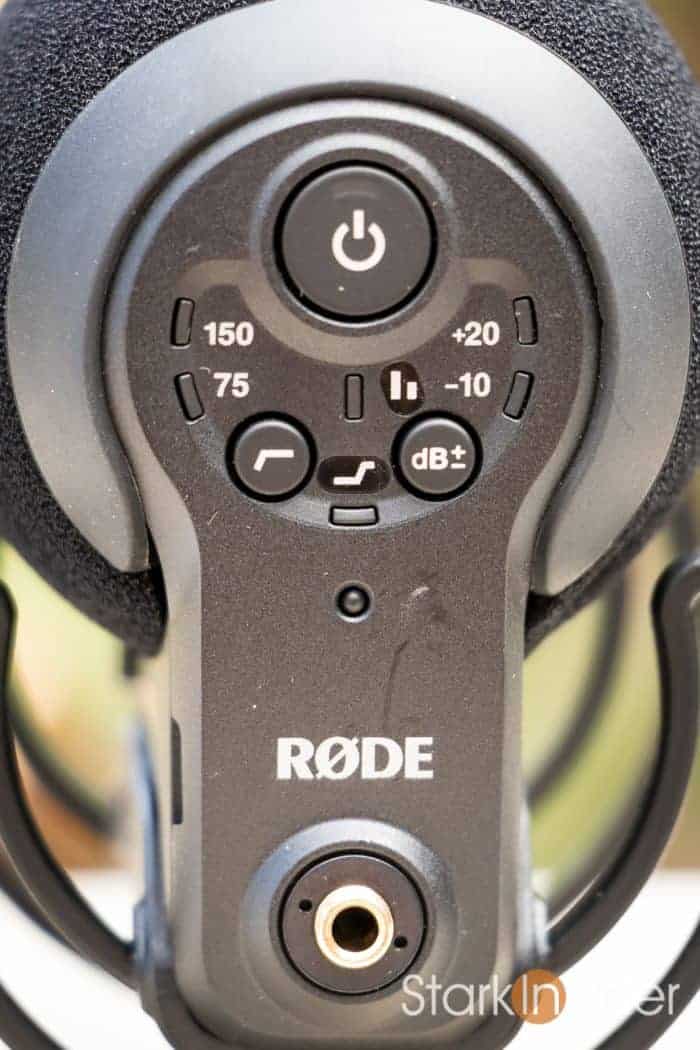 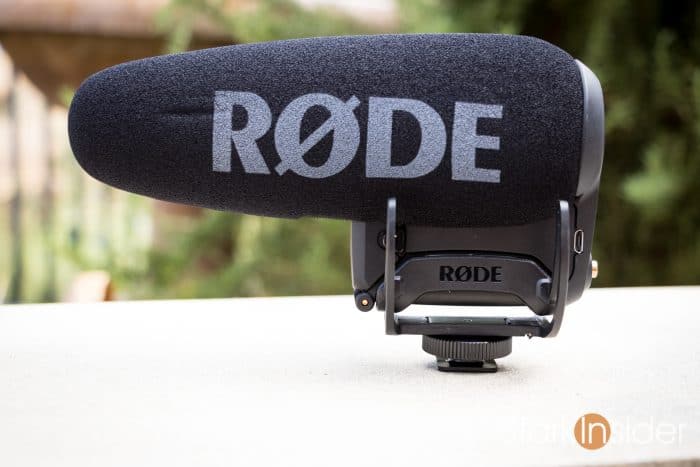 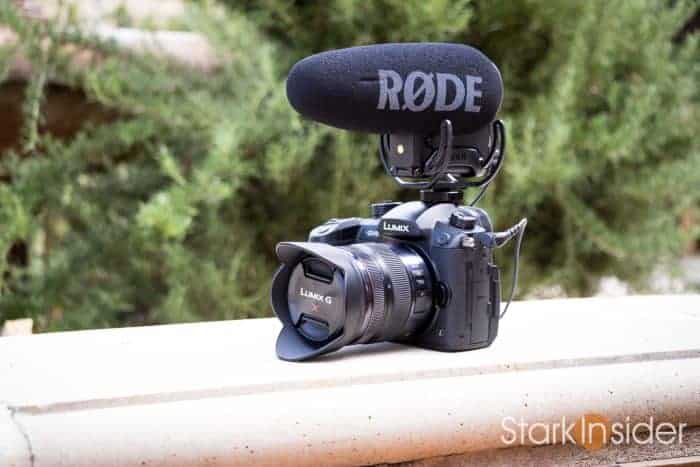 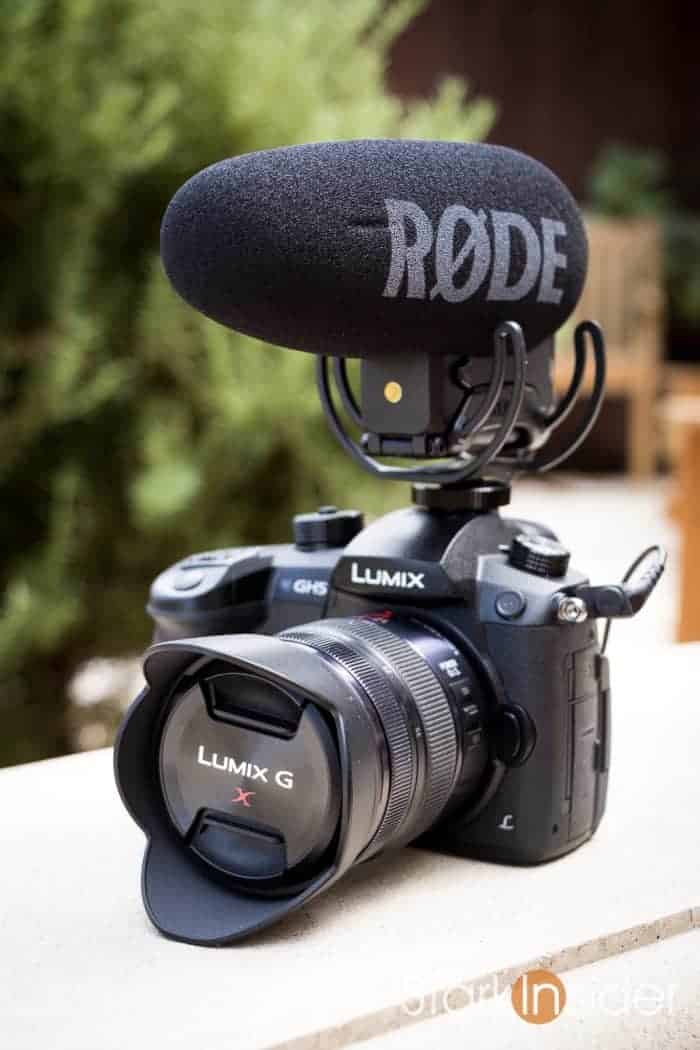 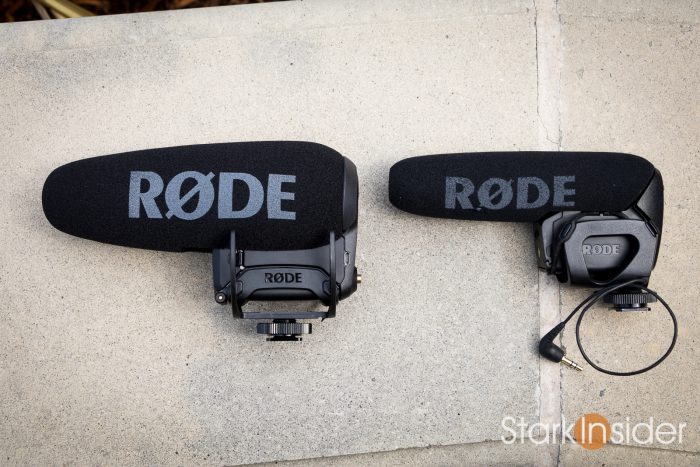 My early impressions are, needless to say, very positive. “Plus” is right — virtually everything that made the earlier versions of the VideoMic so respected have been made even better.

There are a few possible downsides, no doubt. One is the overall size. Sure, it’s quite light, but like your favorite mid-sized sedan it couldn’t help but extend overall dimensions in every direction. Also, be aware that the 3.5mm placement jack extends out the rear and can possibly interfere with your ability to use your camera’s viewfinder. It depends on the size of your head and camera model, and tolerance for little things poking at you while working. For me, it’s not an issue. I use the LCD 100% while video shooting. For others, though, it could be a real problem. Just something to keep in mind.

Nevertheless, if the VMP+ performs anything like its predecessors than it will easily win my highest recommendation.

I can’t see why it won’t live up to its reputation. It looks like Rode has finely tuned its formula to produce another winning shotgun mic. Canon 70D/80D. Panasonic GH5. Olympus OM-D series. Sony Alpha (a6500, A7S series) and even RED shooters who need a better scratch mic would do well to consider the VMP+.

More soon here on Stark Insider as I test the VMP+ audio performance.

The storyboard is done. Another shoot awaits!