Organizers this morning took the wraps off the highly anticipated line-up for the annual Mill Valley Film Festival. We’ve seen many films with strong showings at MVFF (e.g. Moonlight, The King’s Speech) go on to do well during awards season. It looks so far like that streak will continue.

Festival founder and executive director Mark Fishkin today in San Francisco called the line-up “really strong, well-balanced” and that it was appropriate for the festival’s 40th anniversary.

Full line-up is below. Here’s just a few of the highlights.

Darkest Hour will co-open the festival on Thursday, October 5, 2017 . Director Joe Wright’s story of Winston Churchill’s rise to power features a much-talked about performance by Gary Oldman as Churchill, with Kristin Scott Thomas co-starring as his wife.

Jason Wise’s documentary Wait for Your Laugh about the 90-year career of legend Rose Marie (best known as Sally Rogers from The Dick Van Dyke Show) has just been added, and will share opening night honors.

The Current War, from director Alfonso Gomez-Rejon (Me, Earl and the Dying Girl) will make its Bay Area premiere. The film stars Benedict Cumberbatch as Thomas Edison and Michael Shannon as George Westinghouse.

The Festival will also close with Greta Gerwig’s directorial debut Lady Bird with Gerwig in attendance. The film, which stars Saoirse Ronan, follows “Lady Bird”, a senior at a Catholic High school in Sacramento, desperate to leave as she navigates the complex relationships in her life.

Director Richard Linklater’s Last Flag Flying will serve as the festival’s “Centrepiece” presentation. Starring Steve Carell, Bryan Cranston and Laurence Fishburne, the film, a sequel to Hal Ashby’s 1973 classic The Last Detail, follows three veterans who reunite to bury the body of one of their sons. Linklater will be in attendance for the screening on Friday, October 6, 2017.

Tributes this year will go to: actors Kristin Scott Thomas, Sean Penn, Holly Hunter and director Todd Haynes (Wonderstruck). All will likely play out as we’ve seen as past MVFFs: onstage presentation, various clips from the actor’s or director’s films, followed by a celebration at a nearby venue in Mill Valley.

Director of programming Zoe Elton noted that as part the “Mind the Gap” initiative the festival achieved its goal of 40% female directors across the spectrum (world, US, docs, shorts). MVFF plans to up that to a 50/50 mix by 2020, so that’s great news. The press release points out that, by comparison, only about 7% of Hollywood films are directed by women. 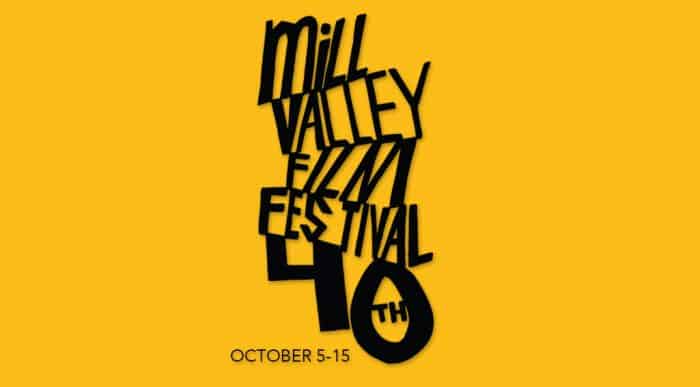 The festival will open with the Bay Area premiere of DARKEST HOUR, director Joe Wright’s story of Winston Churchill’s rise to power both as Prime Minister and as architect of the push against the imminent, inevitable Nazi invasion of Britain in WWII. Gary Oldman stars as Churchill and Kristin Scott Thomas co-stars as his wife Clementine. Scott Thomas will be in attendance opening night alongside director Joe Wright.

Following the film, the Festival will host the Opening Night Gala at Marin Country Mart with live music by Wonderbread 5

MVFF will close its 40 anniversary with two films. THE CURRENT WAR, from director Alfonso Gomez-Rejon (ME, EARL, AND THE DYING GIRL) will make its Bay Area premiere. The film stars Benedict Cumberbatch as Thomas Edison and Michael Shannon as George Westinghouse.

The Festival will also close with Greta Gerwig’s directorial debut LADY BIRD with Gerwig in attendance. The film, which stars Saoirse Ronan, follows “Lady Bird”, a senior at a Catholic High school in Sacramento, desperate to leave as she navigates the complex relationships in her life.

For the Centerpiece presentation, MVFF40 will screen Richard Linklater’s latest film LAST FLAG FLYING starring Steve Carell, Bryan Cranston and Laurence Fishburne. The film, a sequel to Hal Ashby’s 1973 classic THE LAST DETAIL, follows three veterans who reunite to bury the body of one of their sons. Linklater will be in attendance for the screening.

Dame Kristin Scott Thomas will be presented with a Tribute, recognizing her astonishing career which has spanned decades and garnered her an Academy Award Nomination (THE ENGLISH PATIENT), and 26 other international awards. As part of the tribute program, there will be an onstage conversation with Scott Thomas, a screening of DARKEST HOUR, and a presentation of the MVFF Award. Following the program, the festival will host a celebratory reception at Il Fornaio in Corte Madera.

The festival will recognize American film icon Sean Penn and his career spanning three decades with a Tribute presentation. Penn has been nominated five times for an Academy Award and won twice for MYSTIC RIVER in 2003 and MILK in 2009. A longtime-guest and friend of the festival, Sean Penn will return for the 40th edition of the festival. The program will feature an onstage conversation, a clip reel of Penn’s work and the presentation of the MVFF award.

MVFF is proud to honor Academy Award Winning actress Holly Hunter with a special tribute. Hunter’s career on the stage and screen spans back to the early 1980’s winning recognition for her performance in RAISING ARIZONA, BROADCAST NEWS, MISS FIRECRACKER, ALWAYS and ROE VS. WADE. Hunter has earned raves for her latest performance in 2017’s THE BIG SICK. Hunter will be present for the program which will feature an onstage conversation, a clip reel of her work and the presentation of the MVFF Award. A special celebratory reception at Tiburon Tavern will follow.

Considered one of the pioneers of the New Queer Cinema movement and an auteur of outstanding American Independent films, Todd Haynes will be celebrated for his body of work with a Tribute and screening of his latest film WONDERSTRUCK, which will make its California premiere at MVFF40. The tribute program will feature an onstage conversation with Haynes, a screening of WONDERSTRUCK and the presentation of the MVFF award. A reception at Green Chile Kitchen in San Rafael will follow the program.

The festival will recognize powerhouse director and screenwriter Dee Rees with a special Spotlight presentation honoring her latest directorial effort MUDBOUND, a powerful tale of two families whose fates intertwine in the 1940’s Jim Crow South. The Spotlight program will feature an onstage conversation with Rees, the Bay Area premiere of MUDBOUND, and the presentation of the MVFF Award. Following the presentation, the festival will host a reception at the Out-Door Art Club in Mill Valley. 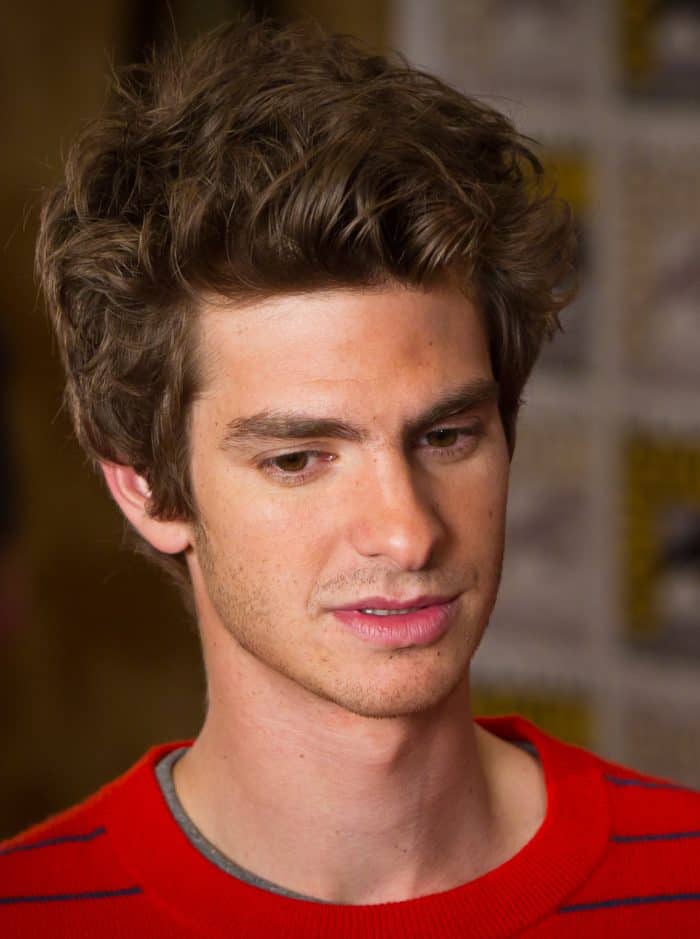 The festival is pleased to present a diverse array of panels, master classes, workshops and VR presentations to round out the festival experience for attendees. These events include: panels on gender parity in the film industry; screenwriting workshops for teenagers; cannabis culture discussions; a retrospective master class on John Sanborn; a VR experience about trees; a talk about teen suicide; an overview of the state of VR in the industry; and an industry panel discussing the state of independent film.

MVFF Music returns for a third year with a diverse series of concerts at the Sweetwater Music Hall. Ten nights of live music include performances by artists featured in MVFF films, as well as local, national, and international musicians. Festival attendees can drop in and discover their new favorite act, or make a night of it and pair a screening about an artist with their corresponding live show.

MVFF’s ¡Viva el Cine! initiative showcases prize-winning Spansh-language and Latin American films and stories. This season, we feature eight new films including the inspiring true story of a Berkeley middle school teacher’s mentorship of a promising Hispanic student. Other films tackle the thorny political issues of historical culpability and the disenfranchised seeking justice from corrupt governments. Additional highlights include, personal stories of a child’s adjustment to family loss, a fantastic transgender waitress/singer, and a young Cuban boy yearning to play the piano.

MVFF’s Active Cinema films are united in their commitment to explore the world and its issues, engage audiences, and trans- form ideas into action. Join the festival for screenings throughout the Festival, support the grassroots activism of filmmakers, and engage with the admirable work of special guests, co-presenters, and partners. Additionally, the festival will host the annual Active Cinema Hike: Networking in Nature, a chance for filmmakers and festival guests to share ideas and strategies.

In anticipation of MVFF’s 40th anniversary, the festival committed to the goal of 40% female directors across the whole spectrum of the Festival—world, US, docs, shorts—and 50/50 by 2020. (To put this in perspective, only 7% of Hollywood films are directed by women.) The festival found no shortage of amazing women making terrific films, and incredible female-forward storytelling. The festival exceeded its goal—with 44% women directors at MVFF40! Mind the Gap at MVFF40, the gender equity initiative, focuses on the intersection of film and tech, and launches with our first ever Mind the Gap Summit.

This full-day intensive of presentations, discussions, master classes and networking will be led by an extraordinary line-up of thought leaders and creatives in the film and tech industries. The program includes a deep dive into the creative process with director Catherine Hardwicke (director, TWILIGHT), a panel with the team behind the film MUDBOUND, and presentations by the filmmakers of recent top female-driven movies. Examining the intersections between film and tech and what each can learn from the other, this is an amazing opportunity to engage, connect—and be inspired.

CFI Education turns the Festival into a classroom, bringing thousands of Bay Area students to the theater and sending filmmakers out to local schools.
MVFF EDUCATION SCREENINGS feature weekday matinees of narrative features, documentaries, and shorts programs selected from the general Festival program for school-age audiences, with special guests for post-screening Q&As and accompanying curriculum guides.

BOYHOOD. GIRLHOOD. CHILDHOOD. ADULTHOOD… WELCOME TO filmHOOD! filmHOOD is a place where filmgoers of every age can come to experience great cinema from around the world. This is a place where children, teens and young adults are an essential part of the conversation—both on screen and off. The festival invites all to filmHOOD for a carefully curated array of intergenerational, eye-opening programs.

The festival will present a series of mind-expanding films, music and conversations about cannabis including: MARY JANES: WOMEN OF WEED, MVFF Music: Wailing Souls, Panel: Cannabis Culture & the New Entrepreneur, a Private Reception (Canna-Pass holders only, ages 21+) and WOODSTOCK. Additionally, the festival will be selling a $40 Canna-Pass which grants access to all Cannabis Culture programs.

Classic animation, beautiful restorations and contemporary fiction highlight the festival’s focus on Polish Cinema. Films in the program include: LOVING VINCENT, THE SANDGLASS, SPOOR and UNDER THE RADAR: 70 YEARS OF POLISH ANIMATION.

The festival will also present a special focus on films that explore the price of freedom and the search for hope in challenging times. These films include: AN ACT OF DEFIANCE, AFTER THE WAR, I STILL HIDE TO SMOKE, IN SYRIA, THE INVISIBLES, THE OTHER SIDE OF HOPE and YEVA.

Focus | Stewards of the Earth

As part of the Focus on Stewards of the Earth, the festival will present film and media experiences that support the survival and salvation of all forms of life on our planet.

There was a whole lot more revealed too at the action-packed press conference at Dolby Labs in San Francisco including details on the music lineups, MVFF’s “¡Viva el Cine!” which showcases Spanish-language and Latin American films, education screenings, “Canmabis Culture”, Polish cinema, and a whole bunch more that you can read about below.

Once again, Stark Insider is thrilled to be a sponsor, and we can’t wait to bring you more coverage over the coming weeks.

Hopefully we can bring you more of the action across our various social feeds including Stark Insider on Twitter, Vimeo, and YouTube.

Oh, one more thing: Who is Stark Insider?

See you at MVFF!