T-Mobile’s long teased “Digits” is almost here. All T-mobile subscribers will get it when the new service exits beta and launches on May 31, 2017.

But… what exactly is T-mobile Digits?

Regardless of what device you’re on at any given moment — a tablet, laptop, smartphone — you’ll always receive the call/text without having to worry about an app. It just happens magically.

Further, if you’re one of the 30 million users in the U.S. who carries two phones, along with two (costly) corresponding plans, then you’re going to really like this concept.

If it sounds a bit like Google Voice (which is also a follow-me, single phone number-based service), then you’d be right. That’s where part of the magic happens.

That’s because Digits is a combination of Google Voice and AT&T NumberSync. 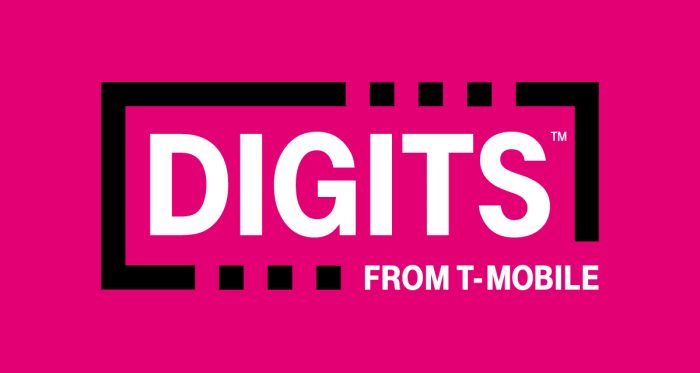 In addition to the follow-me service, there’s more:

On May 31, every T-Mobile phone number will become a Digits phone number. If you’re on a T-Mobile One Plus plan, you’ll be able to contact support and get a second at no charge. Every additional Digits number will cost $10/month (unlimited talk and text).

“We’re ending that awkward Two-Phone-Juggle,” said Chief Operating Officer Mike Sievert. “With DIGITS, you don’t have to carry two phones to have two numbers. Now, you can use more than one DIGITS line on the same smartphone—for business, for life, for anything you need. That’s going to save a lot of people a lot of juggling and a lot of money.”

Overall, I like the concept. We’re finally moving away from the antiquated notion of a “line” being attached to a specific phone number.

T-Mobile is saying they are “bringing phone numbers into the digital age.”

This obviously makes sense. Thanks to the internet and the advent of powerful mobile devices, we no longer really have a “line” or specific phone. We’re accessing our texts, calls and apps on multiple devices in multiple locations. And Digits is a natural evolution of how we are connecting with people.

Will Digits be enough to make me give up Google’s Project Fi? Probably not — the rates are just too good to be true (i.e. extremely low). But if Digits existed before I jumped over to Fi, I might have given it a second thought. Meantime, all this innovation is good for consumers. Finally, it seems, mobile prices are becoming — dare I say? — reasonable.