And even for those not interested in gaming or the video game industry might want to take a look.

As expected, the quirky Japanese gaming giant gave us a preview of a new gaming system. It’s called Nintendo Switch (previously known during development as NX). The surprise part, at least in my estimation, has to do with its nifty hybrid design.

“Switch” refers to it ability to switch from a family room game console to a mobile one. Simply slide the console out of its dock and attach the two removable controllers on the left and right sides (the “Joy-Con” … oh Nintendo how we love you). And off you go. You can then continuing gaming happily, for example as the ad below demonstrates, at a park, in an airport and airplane, in a taxi cab… until back again to the big screen where you simply reverse the process, and can game once again on a big screen.

I like the approach to the above ad. Nary a spec. Rather, the Switch reveals its capabilities in real world use. Yes, the ad is on the long side. But Nintendo fans have been eagerly awaiting for a followup console to its failure known — confusingly — as the aging Wii U (2012).

Nintendo, of course, isn’t one to shy away from unique design.

The Wii console (initially) flew off the shelves when it was released in 2006. You probably remember that one. Boxing. Bowling. Sword fights. Wii got us off the couch. Thanks to its innovative motion sensing controllers, and proximity sensors, Wii knew where we were standing. It also knew how we were interacting with the environment. That information could then be meshed with live game play — almost like an early version of the augmented reality systems we’re seeing today.

Switch carries on the tradition of differentiation.

Market leaders Sony (PS4) and Microsoft (Xbox One), meanwhile, continue to play it safe. 4K is the big thing. Minor updates to their consoles enable things like higher resolution, in addition to nice-to-haves like virtual reality and HDR (High Dynamic Range). Those features should make games really pop, and immerse players further into the action. 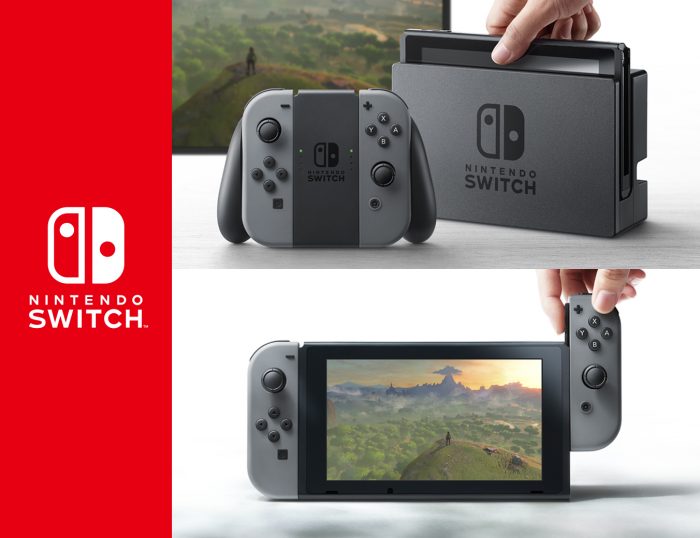 As is typically the case, I expect the game catalog will dictate the success or failure of Switch. At this point 48 developers are on board, announcing support. Nintendo itself has a vast array of bankable franchises, most notably the Mario Brothers. The real ace, however, could be the upcoming Zelda game. Decades old, and with legions of fans, the Zelda franchise has been known to move units — people will buy a console just to play that one game, everything else gravy.

We don’t know the price of Nintendo Switch yet. Nor do we know anything about battery life.

We do know it arrives Stateside March 2017. And it’s powered by an NVIDIA GPU (good news).

We also know Nintendo needs a hit if it intends to remain relevant in the living rooms of today’s gamers and media junkies.

Based on what I’ve seen so far, and assuming a competitive price ($249 USD?), with its hybrid dockable design, I think Nintendo might be onto something.