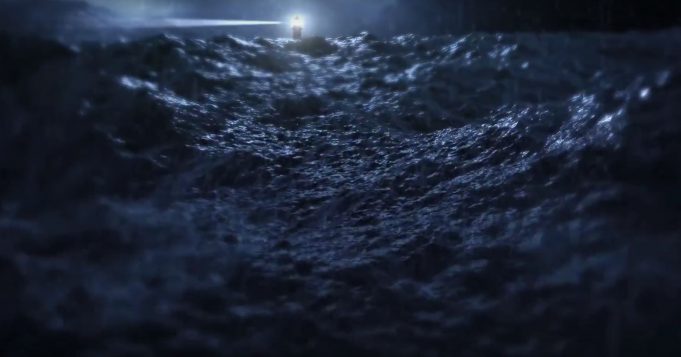 Disappearances – be it the Maya in the Yucatan or the settlers at Roanoke – fascinate us, if only because they underscore our own tenuous hold on the planet. Such mysteries lie at the heart of the Sir Peter Maxwell Davies’ opera about the disappearance of three lighthouse keepers from a remote Hebrides lighthouse during the turn of the previous century. Conducted by Nicole Paiement and directed by Brian Staufenbiel, The Lighthouse, opened in Z Space on Friday, May 29th. This chamber opera wraps the audience in a blast of cold air and roiling ocean, straight off the North Sea.

Davies’ score is rife with unexpected turns, as irregularly unpredictable as the sound of creaking timbers on a New England whaling ship in a nor’easter, and as piercing as a lone gull’s cries. Sonically, the spare threads of this colorful score, performed by a 16-piece orchestra, serve the libretto by creating an entire world. The music hovers in air, occupying its ethereal moment in time, as much a presence as the lighthouse keepers and the foghorn, cutting through the darkness.

Thomas Glenn, Robert Orth, and David Cushing, delivered both masterful acting and operatic performances. Cushing’s powerful bass perfectly informed Arthur’s religious authoritarianism. Tenor Thomas Glenn did not disappoint in the role of Sandy. Glenn always commands attention, not the least because his Grammy-winning recording with the SF Opera of John Adams’ Dr. Atomic makes the famous San Francisco world premiere of the word ring in our ears. Lastly, Robert Orth’s craggy good looks, and rich baritone made him the reliable center, even as his exasperated impatience, charming here, moves the story ever closer to disaster.

Creative and stage director, and set designer Brian Staufenbiel created a visual equivalent of Davie’s score. Unusual fabric riggings manipulated by fabric dancers create what Stauffebiel aptly calls a “living set.” Whether wrapped in fabric and wriggling like so many larvae, or creating cataclysmic violence through manipulations of the rigging, the fabric dancers deflect attention off themselves and onto the world they create. Attending a good performance of Davie’s works feels more like finding yourself in a world created by sound that if ever felt like merely watching a performance. Here, the fabric dancers and curiously abstract riggings work with the score to achieve the same end.

Staufenbiel‘s visual aesthetic completely harmonized with Z Space itself, making it the perfect venue. The onstage lighthouse, sketched in the air by a scaffolding was perfected aligned with the airy, warehouse feel to this space. The lobby installment, also designed by Stauffebiel, seemed even more perfect leaving the house after the show than it did before, if only because it carried the tomes of the show forward. 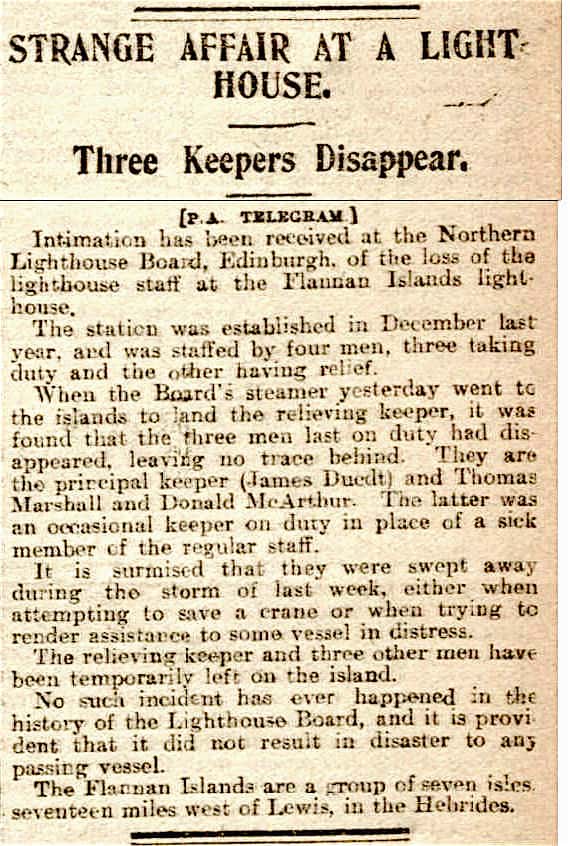 My only quibble – and it’s a small one – is the placement of the show’s titles at the far side of the stage. This placement left the audience torn between appreciating Stauffebiel’s visual elements and reading the titles. Given that the visuals were so commanding, I gave up on the titles, but this was hardly ideal.

Stepping into the cool evening air after the show, the fog just began coming in – a fitting end to yet another spectacular offering by Opera Parallèle.