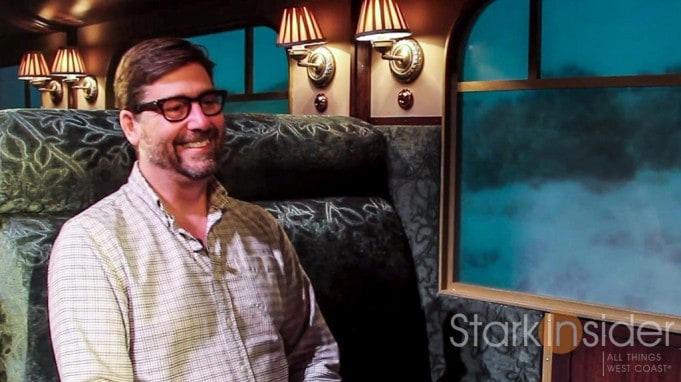 By all accounts Mark Rucker was a remarkable person. American Theatre has a wonderful, touching tribute with several friends and colleagues recounting stories about the late director.

Special thanks to Evren Odcikin for letting us know about the article.

Loni and I only met Mark once — on a “train” no less! It was for an interview for Once Upon a Time, a delightful play he was directing at the A.C.T. in San Francisco. He left a lasting impression on us — the interview remains one of our favorites. His gentleness, humility, and creative passion for the craft inspired us greatly.

We were honored Mark would spend so much time with us four years ago, back when we were just getting our wheels going here on Stark Insider. For that, we’re eternally grateful.

The Mark Rucker in memoriam can be found on the American Theatre web site.

One thing that I found particularly intriguing about Mark’s career was Die, Mommie, Die! (Jason Priestly, Natasha Lyonne), a film that he directed that has gone on to become a cult classic. Later he would grace the theater community with his creative talents. His expertise in the two — indie film and regional theatre — I suspect informed his style.

He cared deeply about everything he worked on and, partly as a result of that, he drew the very best work from his artistic collaborators.

“The A.C.T. community is mourning the passing of our beloved Mark Rucker. He was a treasured friend, an inspirational colleague, a brilliant artist, and an extraordinary mentor to generations of young theater artists. We will miss him terribly.

Our thoughts and prayers are with Mark’s family and his friends around the globe.”