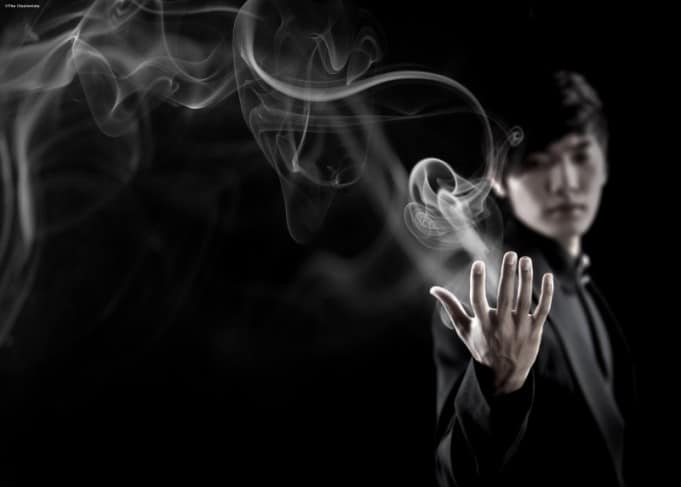 With vaguely steam punk costumes and live music that wouldn’t be out of place in American Idiot, The Illusionists seem hell-bent on rescuing stage magic and sleight of hand from adolescent male practitioners and bringing it to a whole new level with special effects, tight choreography and inspired stage direction.

This treatment is welcome. Other than folks like Penn and Teller, and David Copperfield (at one extreme) and children’s party performers (at the other) magicians are a borderline extinct species. Seriously, has anyone heard of a working escapologist since Houdini? Part of the catch here is that audiences raised first on television and then on the ‘net became more skeptical, even by what they see with their own eyes. Numbed by fantastical virtual illusions, we appreciate less a magician’s actual ones.

This cerebral numbing is unfortunate because live performance is one of the few times we really get to watch folks perform without a net. While The Illusionists aren’t in the same league as the aforementioned Penn, Teller, and Copperfield, they nonetheless make an inspired showing at the San Jose Center for the Performing Arts, where they remain through June 14th. 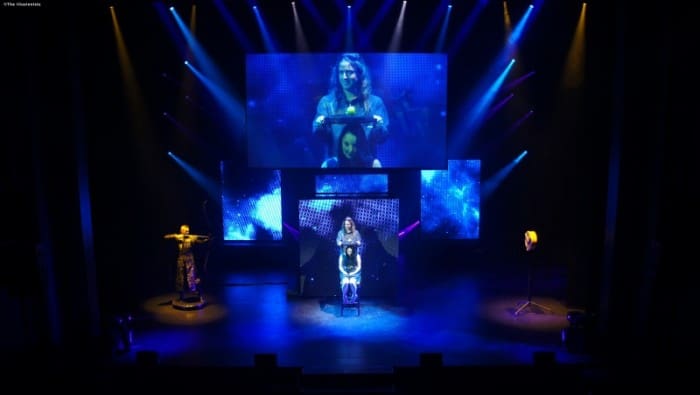 The audience was jollied along by host Jeff Hobson, aka the Trickster, who had fewer sequins than Liberace, but wore his over-the-top fabulousity with comparable panache. If he’s an ironic cartoon of himself, he’s an enjoyable one, easing the audience into an appreciation of his more intentionally abrasive stage mates.

Perhaps the most spellbinding was South Korean Yu Ho-Jin.

Of these, perhaps the most spellbinding was South Korean Yu Ho-Jin (the Manipulator). Perhaps it was the quieter music, or the fluid grace of his hands, but his acts seemed more difficult – and more mesmerizing – than the card tricks performed by the others.

Ho-Jin’s act paired well with that of escapologist Andrew Basso, who performed several of Houdini’s feats, including breaking out of a suspended straightjacket, and an upside-down water torture cell into which he was suspended upside down with hands and feet bound in handcuffs and stocks. Pumped by the pulsating music, audience members eyed the clock as more than three minutes passed before Basson emerged soaking wet. 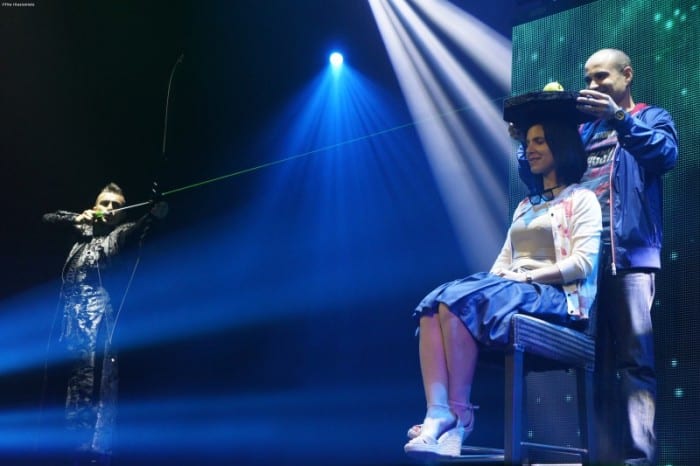 Dan Sperry (The Anti-Conjuror) charmed the audience with his Marilyn Manson act that was more punk than steam, producing pigeons faster than rabbits breed… and what he does with rabbits, well – we won’t go into. You’ll want him as the boy next door, but don’t let him talk you into playing Russian roulette.

Playing in large venues, the Illusionists rely on large screen projections to reach all the seats in the house. Even in the 5th row, I still kept my eyes glued to the screen rather than the stage, which made it seem less real – which isn’t exactly desirable for a show that relies on illusion.

While I suspect this touring show won’t hold up to repeated visits (not unlike Blue Man Group), The Illusionists are worth catching while they’re in town.