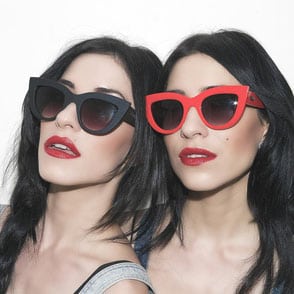 The word is out! Organizers have announced that Melissa Etheridge and multi-platinum selling artists Florida Georgia Line will headline the upcoming Live in the Vineyard festival.

Held in Napa Valley bi-annually, the fifteenth installment will also feature performances by Katy Tiz, Needtobreathe, Oh Honey, and The Veronicas. Live in the Vineyard is scheduled for March 27-29, with concerts taking place at the Lincoln Theatre at the Napa Valley Performing Arts Center in St. Helena, California, the Uptown Theatre in downtown Napa, and Sutter Winery.

The three day concert combines music, top tier winemakers, and celebrity chefs, and is unique in that tickets are only available to contest winners, or special promotions. Performances are typically intimate, allowing fans to get up-close to some of today’s radio hitmakers, plus artists on the rise.

Florida Georgia Line are known for their hits “Cruise,” “This is How We Roll,” “Stay” and “Dirt”. Their second studio album Anthing Goes, hit #1 on the Billboard charts, and have become the only artist in history to join Brooks & Dunn in achieving four back-to-back, multi-week #1 singles.

Live in the Vineyard was created seven years ago by music industry veterans Bobbii Jacobs and Claire Parr.

Stark Insider recently went backstage at Live in the Vineyard. Loni Stark sat down with several artists including Colbie Caillat, Matt Nathanson, Mat Kearney, and Bea Miller among several others. Be sure to catch all the LITV interviews plus concert highlights on the Stark Insider YouTube channel.