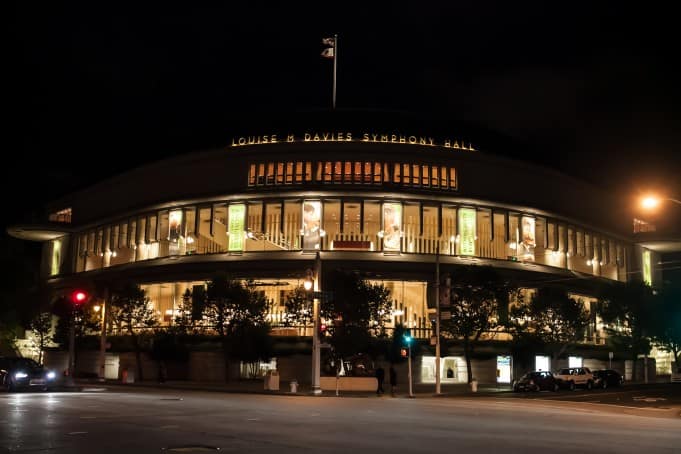 When  audience with way too much grey hair springs to its feet for five standing ovations, you know something truly extraordinary has happened. Nobody at Sunday’s concert at Davies Symphony Hall would pick bones with the assertion that András Schiff is the pianistic equivalent of Mick Jagger. Only he’s better than Mick… on so many levels. Sunday’s concert was special because Schiff takes things to such a new level that you hear pieces you thought you knew with new clarity.

Sunday’s program was similar to that of Schiff’s concert the week before: late piano sonatas by Haydn, Beethoven, Mozart, and Schubert. Each half of both concerts opened with lighter works by Haydn and Mozart, were followed by longer, more complex works by Beethoven and Schubert. This choice of material could lead to a technical discussion on how each composer expanded the sonata form, but that’s an entirely different matter. However, if you want to go there, check out Charles Rosen’s Sonata Forms or his book The Classical Style. The former presents a short analysis of the Schubert’s Sonata in A major, D 959, and the latter compares the Schubert piece to Beethoven’s Sonata 31, which Schiff also performed on Sunday.

Nobody at Sunday’s concert at Davies Symphony Hall would pick bones with the assertion that András Schiff is the pianistic equivalent of Mick Jagger.

This week’s concert opener was Mozart’s Sonata in B-flat major, K 570. You might think this a simple piece – repetitious even. A quick glance at the score doesn’t suggest anything particularly interesting here. However, every time Schiff repeated the main melody line of that first movement – which starts out with just a touch of wistfulness, he adds more depth and more brio until the final repetition brings it to a whole new level. This isn’t entirely evident on even good recordings, including Schiff’s own. Other surprises popped up in the last moments of the third movement – the allegretto. The alberti bass does its familiar thing, propelling the piece forward – and just as you begin to anticipate an ending, there’s a sharp surprise – that Schiff delivers with delicious aplomb.

Intermission was followed by a delightful sprint through Haydn’s Sonata in D Major XVI:51. However, this was just a warm up for his performance of Schubert’s Sonata in A major, D 959. The audience response was almost visceral. By the time he got to the smoky, winding notes of the second movement, the Andantino, people began to lean forward. Schiff’s intense concentration in the slow beginning – not ponderous, but deliberate, taking time to deliver the maximal impact of every note – provided the perfect contrast for the technically complex, bombast section that followed.

A generous three encores followed, beginning with Schubert’s Impromptu No. 3 in G-flat major, D.899, followed by Beethoven’s Bagatelle in E-flat major, Opus 126, no. 6. He brought back the first movement of Mozart’s Sonata in C major, K.545, which he performed at last week’s concert – which was greeted with a welcome reserved for good friends.

Schiff appears as part of the San Francisco Symphony’s Great Performers series. I know I’ll be staying tuned for when Yuja Wang takes the stage when the London Symphony Orchestra is in town to honor its guest conductor, none other than our own Michael Tilson Thomas.