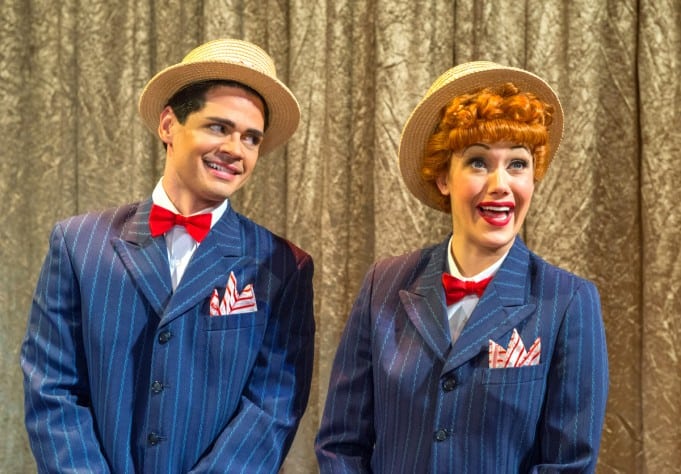 I Love Lucy: Live on Stage 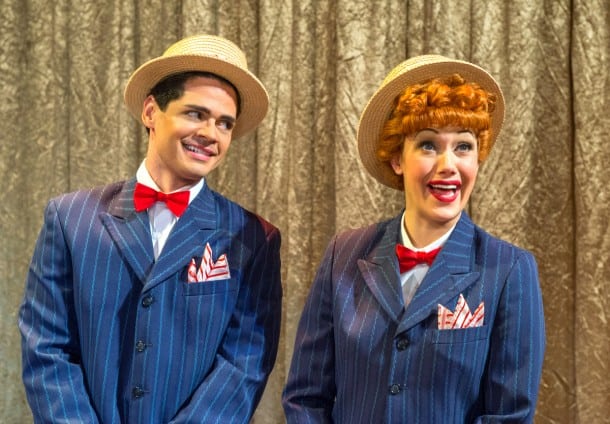 It might be sacrilege, but the 95 minute (sans intermission) I Love Lucy: Live on Stage, which just opened at the Curran, works even better than the real thing.

Part of the unintended magic of the grainy black and white 50’s and early ‘60’s sitcoms was that the technology was so primitive, we never lost sight these were real people. Just as Jackie Gleason was Ralph Cramden to millions of viewers, Lucille Ball was Lucy Ricardo.

Lucy works because it leverages this strength. The original show seemed so vibrant, in part, because it was shot before a live studio audience. This on-stage version provides the best of that very vital form, with a heavy dose of nostalgia thrown in.

It doesn’t end there, though. Euriamis Losada gives us a Ricky Ricardo whose talents are fully on display, not stuck in the role of Lucy’s Cuban straight man. While we all know that Arnez worked briefly for Xavier Cugat, sparking a craze for Latin music and later going on to a bandleader in his own right, we rarely saw those talents on screen. His bandleader credentials appeared as some Cuban equivalent of whatever boring day job that ‘50’s sitcom dads did outside the living room.

This script remedies that defect. Unlike the sitcom Ricky, Losada leads a real band and sings on stage, with a rich tenor that just might make you swoon. He’s more live than the sitcom Ricky – although he does get in his signature line – “Lucy, you got some ‘splaining to do” – much to the delight of the audience.

The I Love Lucy: Live on Stage brings you into the Desilu studios for the production of two half hour episodes of ‘I Love Lucy’ done before a live audience (you!), complete with Fred (Kevin Remington), Ethel (Lori Hammel), applause sign, Desilu cameramen, and Mark Christopher Tracy, as unctuous host, Maury Jasper, who seemed to have absorbed a bit of Ed Sullivan.

Even if you’re not in it to experience a distilled Lucy Ricardo, the nostalgia factor – not painfully overdone – will win you over. We revisit those original sponsors: Brylcream (‘a little dab ‘ll do you’), Alka Seltzer (‘relief is just a swallow away’) and of course, “See the USA in your Chevrolet.” Taken together, they bring back the strange world of TV ads in a way that Mad Men never quite did.

Throw in the Crystal Tone singers and you just might think it’s 1959. These guys will make  you appreciate just how good those ’50’s singers and dancers really were, now that they’re liberated from your 16 inch black and white living room Magnavox.

Thanksgiving has got to be about something other than watching football and fussing over that national bird, so it might as well be nostalgia. Given that our Norman Rockwell fantasy starts to sag in a caloric stupor before the table’s even cleared, I Love Lucy: Live on Stage becomes an excellent alternative vehicle – well worth taking in over the holiday.