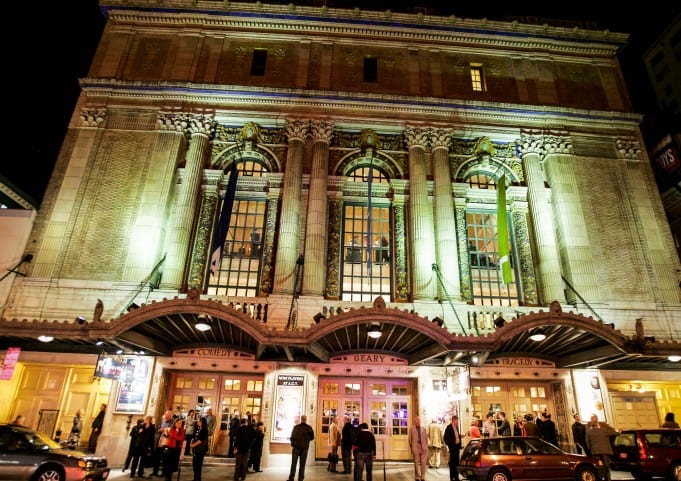 Theatre Bay Area (TBA) announced it will welcome the public to the inaugural TBA Awards ceremony at the American Conservatory Theater in San Francisco. Hosted by Will Durst and Marga Gomez, the TBAs will recognize outstanding achievement in what promises to be a pull-out-the-stops event affair on November 10.

Special guests include Betty Buckley, possibly best known for her Tony Award winning performance as Grizabella, the Glamour Cat, in Andrew Lloyd Webber’s CATS and performances by cast members of Pearls Over Shanghai (Thrillpeddlers), Dreamgirls (Broadway By the Bay), and others … and that’s not to mention the after party, just around the corner  at Ruby Skye.

This event, which has been years in the making, is the product of many well-considered conversations, and TBA is to be commended for the transparency of the process. Like other local awards, TBA awards fall into one of three tiers, such that productions in a particular tier compete only against others in that tier. However, unlike other award schemes, which look only at house size, TBA assures that comparable companies are compared only with each other, by employing a multifactorial analysis, which looks to the theatre’s budget, the nature of their AEA (Actors Equity Association) association (LORT and BAT contracts vs. less restrictive ones), and other elements.

All this transparency makes for a complicated process, with many balls in the air. Adjudicators cast 2,924 ballots, with a total of 37,388 individual ballot lines that speak to almost every aspect of a performance.

These events are important or a number of reasons. For starters, this awards ceremony recognizes the artistic fertility of the Bay Area, with finalists hailing from the south bay (TheatreWorks, San Jose Stage), north bay (Marin Theatre Company), as far east as California Shakespeare Company in Orinda and Center Rep in Walnut Creek – and that’s just the first tier. Theatres from Novato, Pinole, Ross, El Cerrito, San Rafael – and all points between San Jose, SF, and Berkeley made it this far in the process! Just reviewing the list of finalists makes you breathless.

It’s easy to dismiss awards ceremonies for being opportunistic occasions for ego stroking and marketing. While that’s certainly true, that’s not all they’re about. These events are important because they identify key threads in a very public conversation. This year that conversation included everything from family and how we find it (Triassic Parq, Tribes), economics (The Intelligent Homosexual’s Guide to Capitalism and Socialism with a Key to the Scriptures), life and death in ancient China (The Orphan of Zhao), new looks at old stories (Moby Dick – Rehearsed, Threepenny Opera) and old standards, excellently executed. These, and many more, were all important enough to get and hold our attention. The TBA Awards, allows us to linger in that moment longer, with what we found important – and that’s reason enough to circle November 10th on your calendar. 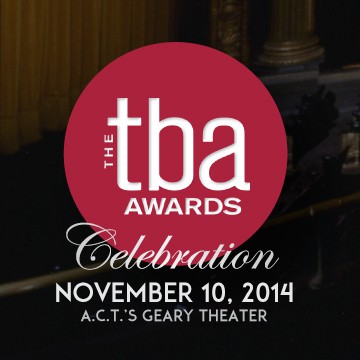 The TBA Awards are designed to honor excellence in professionally oriented theatre through a peer-based, Bay Area-wide adjudication process. The inaugural TBA Awards Celebration is scheduled for November 10, 2014 at the American Conservatory Theater in San Francisco.