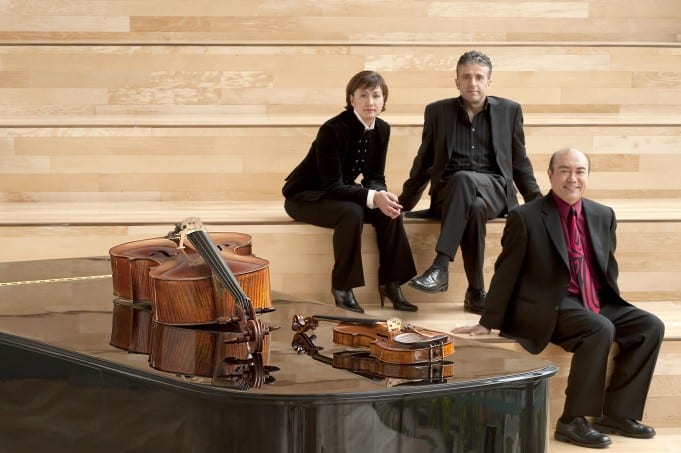 The Overture to The Creatures of Prometheus (Op. 43) opens with a punctuated series of eight staccato notes acting as a fanfare that’s distinctive as the four notes opening the Fifth. However, there the similarities end. Whereas the Fifth hammers away, refusing to let go of the motif, this Overture changes mood immediately, lapsing lyrical until morphing into a flute transition which the flautists of the Symphony performed with a sweet spriteliness.  However, this opening hints at what will become obvious in Beethoven’s later work.

Unlike the Fifth, the Overture to the Creatures of Prometheus demonstrates what conductor Edwin Outwater (former resident conductor and music director of the SFS Youth Orchestra at the SFS, current music director of Ontario’s Kitchener-Waterloo Symphony) calls Beethoven on his best behavior, trying to show that he could write a big classy piece, elegant in its symmetry, intended primarily to entertain. Entertain it does, creating one quick transition after another for the listener to unravel. Together with the Triple Concerto in C Major, Op. 56, the first half of the San Francisco Symphony concert was given over to the early Beethoven.

The Triple Concerto was a gem in itself, opening on a broody note with double pianissimo strings developing in a restrained, measured crescendo before turning into something that propelled the piece forward. The Gryphon Trio (Annalee Patipatanakoon on violin, Roman Borys on cello and Jamie Parker on piano) joined the symphony for solo passages. Their treatment of the slinky, sexy scalar violin passages of the Allegro was most gratifying as was their handling of the presto-like passages in the Rondo alla Polacca. Parts of this Rondo were almost jokey with short perky passages peppered throughout.

Interesting, gratifying, and immediately recognizable as Beethoven (albeit a more restrained Beethoven),  these first two pieces provided a logical preliminary to the Fifth Symphony. The impact of listening to  a live performance of the Fifth is so distinct that for many, a good performance is hard to compare, at least in the moment, to any other, so overwhelming is the experience (a remark that obviously doesn’t extend to recordings). However, here, the SF Symphony brought little bits that were at once familiar, but new again, such as the sweetness and yearning of the second movement, or the noble ferocity of the fourth.

The Symphony implemented the novel idea of a motif count, displayed on two screens mounted from the ceiling, which ticked over with each repetition of the opening motif. This immediately changed the listening experience, forcing you to listen through the music to pick up upon the often rapid-fire repetitions and appreciate the dense texture of the work.  Final motif count came to 530, with 272 reps in the first movement alone.

The concert was followed by a splendid post-concert talk with the Gryphon Trio, Outwater, and writer Matthew Guerri, author of The First Four Notes: Beethoven’s Fifth and the Imagination. This post-concert talk was more vital and interesting than many pre-concert talks – with audience and speakers alike in a stunned post-Fifth reverie.

This concert marks the end of the 2013-2014 season.  The SF Symphony opening gala is on September 3rd, featuring Bonnie Raitt and Yuja Wang.