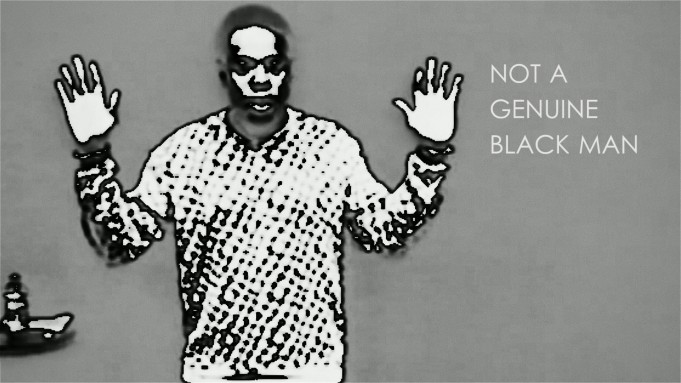 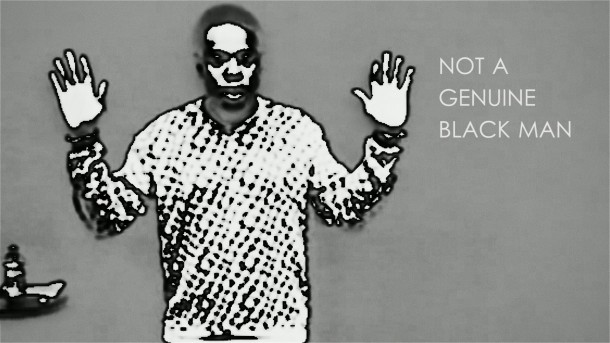 One day, in 2001 Brian Copeland came into the office at the local radio station where he worked. He picked up the mail, sorted through letters. One from an upset woman stood out. It read:

As an African-American I am disgusted every time I hear your voice because you are not a genuine black man.

What is it about my very existence that so offends people?

Years later, thanks to famed comedian and film director Carl Reiner, who told him he had to find “his piece of ground,” he put two and two together. Bingo. That moment would provide the impetus for a new one man show. Not a Genuine Black Man would be equal parts personal therapy, and societal confession. Racism, hate, fear. Not exactly the stuff of happy. Yet, the idea gained momentum. If he could add a humorous spin, some how, some way, maybe it would work as entertainment. “No one would see it,” says Brian Copeland in this special Stark Insider interview. “Nobody’s ever going to see this so it’s okay, it’s alright if I make a fool of myself.”

Except for one small problem.

He was making history. Literally.

Not a Genuine Man would go on to become the longest-running solo show in San Francisco history. That run continues to this day. Berkeley Rep picked up the play this season, and is now staging it at the (very cool, very blockbox-ish) Osher Studio — one of 3 stages used by the marquee theater company. 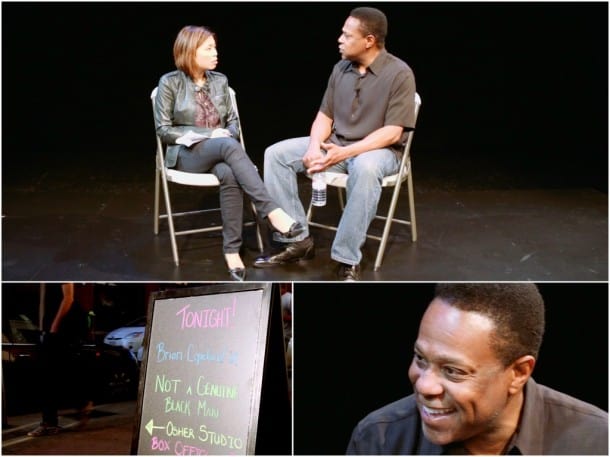 Many in the San Francisco Bay Area will likely already be familiar with Brian Copeland; if not the face, at least his voice. A regular on KGO Radio where he hosts a talk show, he’s amassed a large, loyal following. More impressive still has been his ability to unleash his creative self. Not a Genuine Black Man seemingly sparked a firestorm of ideas; ones that manifested in a series of though-provoking plays including The Waiting Period (2012), Jewelry Box (2013), and, most recently, The Scion. Not too shabby. Seems like working the stand-up circuit, and opening for the likes of Ray Charles, Ringo Starr and Aretha Franklin over twenty some-odd years has paid off. In 2006, he was cast as the son of Morgan Freeman’s character in The Bucket List.

“When people are judged on their own individual achievements and shortcomings, as opposed to somehow being representative of your ethnicity, then it will be over.” 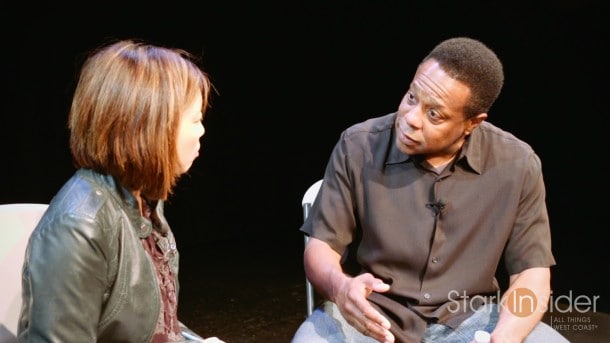 Before all that, there was the near-death choking.

Copeland tells me his father used to choke him severely. At the age of 8 he fled Hayward where he found himself in a predominantly white San Leandro. There he learned a harsh lesson on how to “assimilate.” Self doubt would become hard wired in those formative years. Re-telling those stories, though, with a healthy dollop of jokes, witty insights, and hilarious anecdotes have seemingly eased the pain. Fortunately for audiences, the vignettes come with plenty of laughs, proving once again that humor is the best medicine of all.

And, in case you were wondering after watching the interview: Yes, I am (also) not a genuine black man.

WATCH: Not A Genuine Black Man – Interview with Brian Copeland