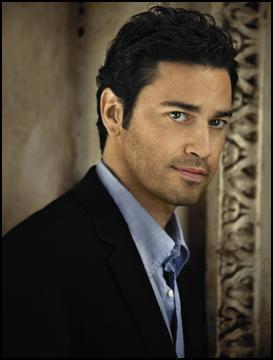 Several years ago, during a week in which I attended an astounding number of truly excellent concerts, which may have included Pinchas Zuckerman and Daniel Barenboim and the PBO, or at least something equally piggishly decadent, that I realized I was in danger of losing all perspective.

Such exposure makes it all the more important to see less lofty work, be it a smaller theatre company or musicians that have yet to earn a string of Grammies. The performing arts are a very human endeavor. So is everything else, but only in the arts do you pay to watch someone up close. We don’t pay engineers and scientists to watch them go through the process. This creates very realistic expectations for those who pay sometimes exorbitant amounts for their seats.

This brings us to Friday night’s concert. Many compare Mario Frangoulis to Andreas Bocelli because both share enormous crossover appeal. Like Bocelli, Frangoulis has worked the miracle of getting opera newbies to open their hearts to this music. (I’m not going to do the opera snob condemnation of Bocelli. Just as there’s only one Bryn Terfel and one Mark Delavan, there’s only one Bocelli – and that’s entirely OK.) Frangoulis comes by his cross-over credentials honestly, having played Marius in the original London production of Les Mis.

At the Nourse Auditorium, he performed two generous sets, with songs in Italian, French, Greek and English. The inclusion of Bernstein, Moody Blues and Kurt Weil gave the program contemporary feel without being trendy.

From what I could tell, Frangoulis’ phrasing was superb. His voice full and vibrant; his stage presence impeccable. He delivered “Something’s Coming” from West Side Story, with particular panache. Likewise, I don’t think I ever really appreciated the delicate beauty of “Empty Chairs and Empty Tables,” until he sung it last night.

Frangoulis was joined on stage by guest star Steve Wood, who authored three of the songs on the program. Wood’s presence was an appreciated counterweight to Frangoulis.

Unfortunately, the entire performance was bedeviled with sound problems. At any point, the volume of Frangoulis’ voice was proportional to its distance from the mic, with the effect that it was very loud at unintended moments, and almost inaudible at others. Notes at the ends of phrases cut out as he moved the mic away and were abruptly loud at the beginning.

These problems mattered not a fig to his fans. The entire SF Greek community seemed to turn out for this event, all wowed by their hometown singer making his SF debut. The number of people trying to take pictures and record songs  rivaled that of a Grateful Dead concert.  The presentation of a pronouncement from the absent SF mayor Ed Lee was met with thunderous applause. However, as a first-time listener, the sound distortion was disturbing enough that I braced against the frequent inappropriately audible notes.

Sound issues were truly unfortunate because  the 97-percent of the evening that wasn’t distorted was exquisite. His voice was so strong that he could have blown away the entire Nourse Auditorium if he dispensed with the mic.   However, given repeated distortion, he deserved more from the equipment – and so did his audience.