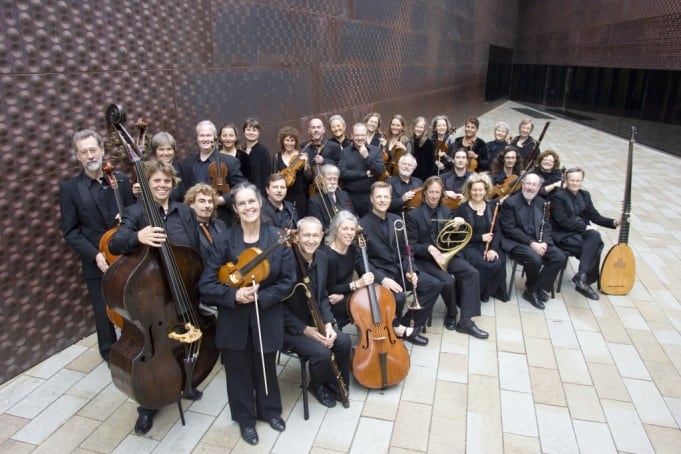 Music from the Heart of Europe 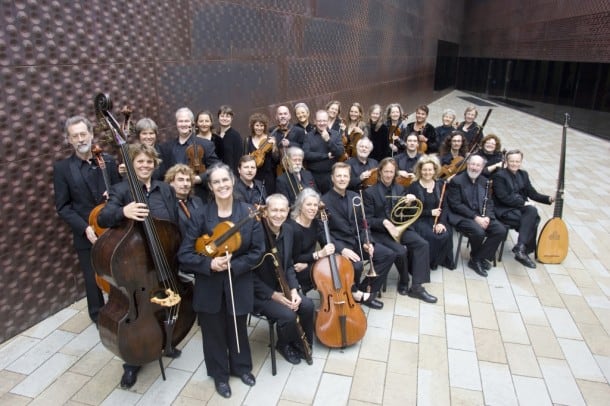 Philharmonia Baroque Orchestra (PBO) is a historically informed orchestra. This means you get to hear Elizabeth Blumenstock playing a 1660 Guarneri, Kristin Zoernig playing a 1648 double bass, William Skeen playing a 1680 violocello, David Tayler playing his theorbo (a somewhat bizarre-looking instrument that stretches the limits of the lute), and dozens of others. Not only do they play historically accurate instruments, but insofar as it’s possible to divine, they play as baroque musicians would play it, with less vibrato and with the original ornamentation. When the acoustics are just right, the result is a sweetness, warmth and lightness that’s otherwise inconceivable.

Their current program, Music from the Heart of Europe, must have been organized by someone with an eye to the seasons, as it’s light, friendly, and positively spring-like. This programmatic romp through Europe includes works by Muffat, Schmelzer, Schein, Biber, Umstatt, Pisendel, and Telemann. The heaviness of medieval music has been thrown off, the emotional extremes of the romantic period have yet to be envisioned, and now it’s time to join in the gavottes, allemandes, courents, menuets, and other dances circulating across Europe. Even the program pieces of Schmelzer’s that saw the inside of a 17th- century church, were widely played at non-ecclesiastical functions as well, keeping with the breezy spirit of the program. Many of the pieces were jokey – including ones that end unexpectedly and the Tripla movement from Schein’s Suite VII from Banchetto Musicale, which goes faster and faster at a madcap ending.

Unlike other PBO concerts, this one was led by the infectiously enthusiastic Elizabeth Blumenstock, whose occasional comments provided helpful context. Also unlike other PBO concerts, this lacked a woodwind and brass section, relying exclusively on strings, small chest organ and harpsichord. The size of the group contracted and expanded, with as few as nine, to a full string section.

As usual, the PBO continues to bring high quality, but obscure works to the forefront, such as the concerto by Joseph Umstatt, who has yet to make it to either Spotify or the English Wikipedia. Characterized by Blumenstock as the “world’s tiniest violin concerto,” his Concerto  for Violin, Strings and Continuo in A Major was so delightful that only the most hardened could dismiss it as purely decorative. Blumenstock’s violin solos in this piece are spritely, delectable, and played with all the personality that the music requires.

Curiously, it was the Bach  piece that was oddly out of place. The Ricercar a 6 from A Musical Offering is oddly discordant as this vaguely depressive, fugue-like pieces meanders, edging up to other keys. Blumenstock proffered a reason for its inclusion (she explained that Bach was being rebelliously old-fashioned), but more explanation was needed to built a persuasive case.

The concert ended with a jaunty Telemann suite of dances titled Les Nations which included Les Turcs, Les Suisses, Les Moscovites, and so forth. This ended the concert in a similar vein as it started, with Muffat’s trek through dance music of Holland, Italy, France, and England.

The PBO will be performing around the Bay Area through Sunday. Their next concert in early April, Juditha triumphans,  brings back Dominique Labelle.