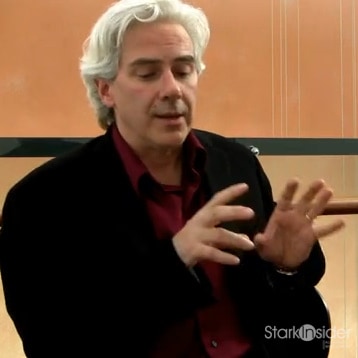 San Jose Rep kicks off its season with the new rock musical, THE 12 (Aug. 28 – Sept. 21). This world premiere by Pulitzer Prize-winning playwright Robert Schenkkan (Kentucky Cycle) and award-winning composer Neil Berg plays San Jose Rep’s stage before its anticipated journey to the Great White Way. Directed by Richard Seyd, this world premiere musical tackles one of the most powerful stories in history.

It’s off to the south of France where Pablo Picasso dazzles with brilliance in Herbert Siguenza’s (Culture Clash) spectacular performance as the first rock star artist in A Weekend with Pablo Picasso (Oct. 16 – Nov. 9), directed by Todd Salovey.

It’s back to London to encounter the formidable Lady Bracknell (starring the hilarious Danny Scheie) holding court in The Importance of Being Earnest (March 26 – April 19).

Lastly, audiences will be whisked away to Paris, the City of Lights, for the collection of Jacques Brel’s French-style cabaret music in Jacques Brel is Alive and Well and Living in Paris (July 2 – July 26), directed by Rick Lombardo, with musical direction from Dolores Duran-Cefalu.

“Each season we embark on an extraordinary journey together – this year’s explorations are of epic proportions. We’ll travel back to biblical times and around the world to meet fascinating, bigger than life personalities,” said Rick Lombardo, San Jose Rep’s producing artistic director. “This year’s season is full of international intrigue and fantastically diverse music with two world premieres, a mix of new work and reimagined classics and a new rock musical planned for Broadway. I’m also excited to introduce our audiences to new award-winning actors and directors and welcome back Bay Area favorites,” added Lombardo.

A sixth slot following Earnest will be announced in the spring.

On behalf of Stark Insider we hope to see you at the SJ Rep! Let the show begin…