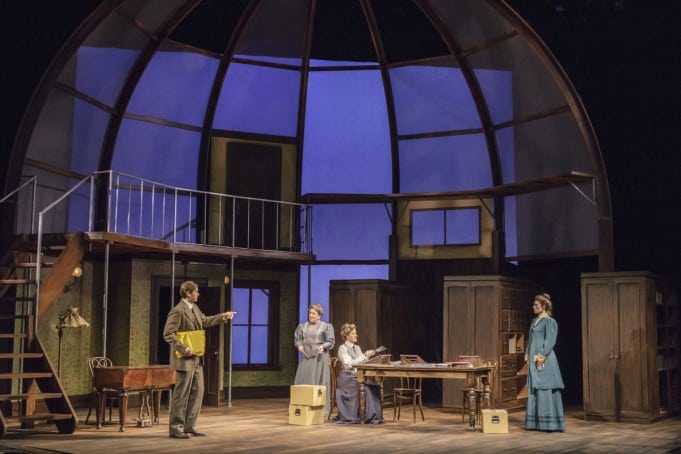 Leavitt (1868-1921) was an American astronomer. Educated at Oberlin and Radcliffe, she was hired by the Harvard’s Edward Charles Pickering, as a “computer,” one of the many women who performed mathematical computations and examined photographic plates to catalog the brightness of stars. Her work with variable stars (stars whose luminosity varies) formed the basis of subsequent work on calculating distance and recognizing galaxies other than the Milky Way.

In this play, we see Leavitt at her familial home with her sister (Jennifer Le Blanc), in Harvard’s observatory with her associates, and with her supervisor (Matt Citron) with whom she had a romantic fling.

Playwright Lauren Gunderson’s drama will appeal to those interested in feminism, astronomy, and most of all, learning. Given the general unfamiliarity with Henrietta Leavitt, Cepheid variable stars or the relationship between the period of a Cepheid and its luminosity, Gunderson brings the audience an amazing distance with this relatively complex material. I suspect not a few in the audience hit Wikipedia when they got home for more on the periodicity of these stars. 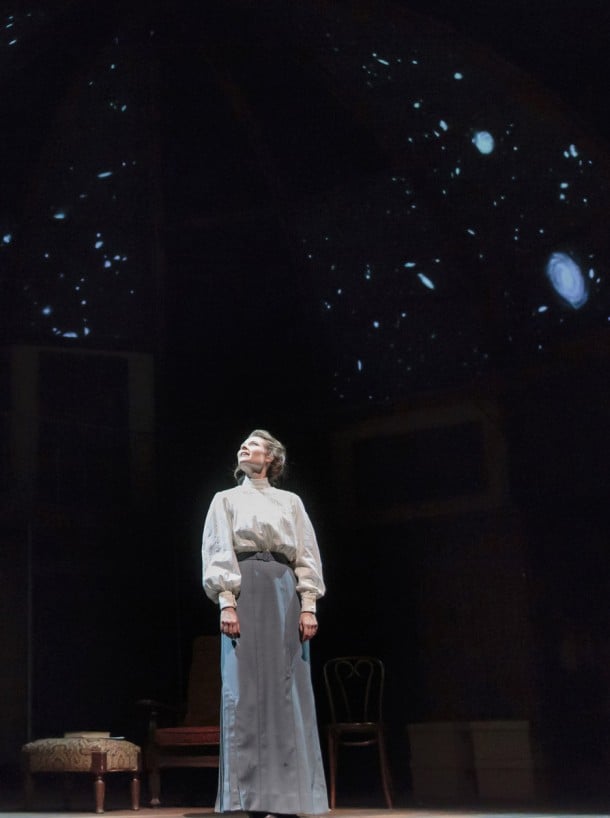 This intense focus on the substance of Leavitt’s work also saves this play from being a two-dimensional feminist herstory. Gunderson’s too smart for that. While my own bias favors hearing about the scientist, instead of the woman scientist, the script speaks easily to both.

While Gunderson’s use of modern dialogue occasionally seemed at odds with her hobble-skirted characters, it did serve to move the story forward more quickly and with greater humor than might have been otherwise possible. The comic timing of every member of the cast serves Gunderson’s material well. The audience doubled over with laughter at the smart dialogue between Leavitt and her colleagues, Williamina Fleming (Lynn Soffer) and Annie Jump Cannon (Sarah Dacey Charles).

Scenic designer Annie Smart created an exquisite set in which the vaulting ribs of Harvard’s old observatory arc toward the ceiling, forming a dome under which the action takes place. Stars with variable luminosity twinkle through the open panels of the observatory.

The flaws in this show are few, but they’re the sort that nag at one: Scottish brogues meld with Yiddish accents, an older woman moves with out-of-character alacrity, and characters whose unrelenting intensity calls for modulation. Together, these undermine the overall integrity of the work. However, I suspect these small opening night gaffes will disappear on subsequent nights.