Emanuel Ax with the SF Symphony

Emanuel Ax at the SF Symphony is really two concerts in one. The first concert presents the SF Symphony playing Mahler’s Blumine, after which Emanuel Ax (who has the coolest name of any pianist, living or dead) joins for Beethoven’s Piano Concerto No 3 in C minor. The second concert included five wistful, appropriately autumnal pieces, and concluded with the bright, brassy Cortège de Bacchus by Delibes. Speaking from the stage, MTT noted that this second half reminded him of his work at University of Southern California with Jascha Heifetz, who developed comparable programs involving a cluster of short pieces.  Both portions of the evening were striking – for very different reasons. 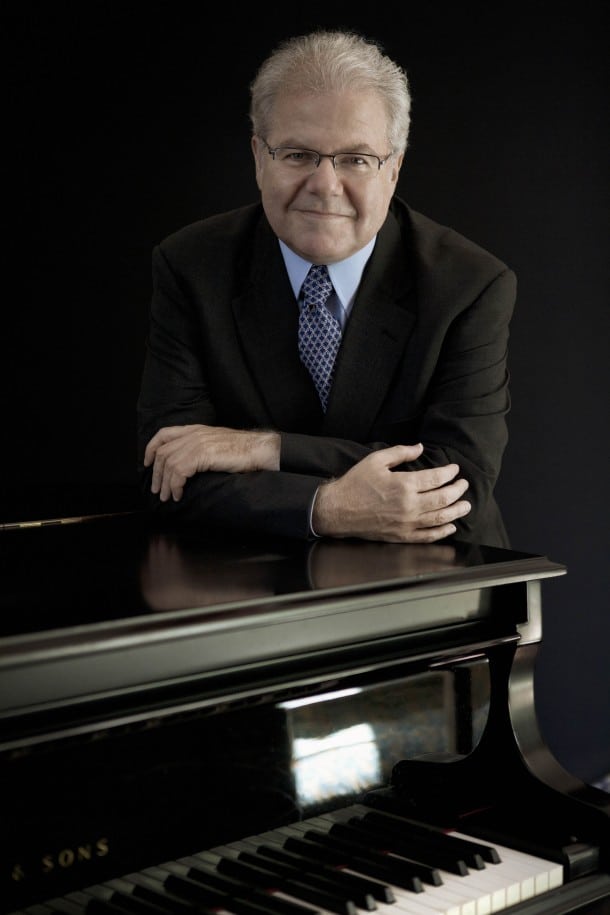 I confess, Blumine was new to me, which made it a real treat. A brief section of feathery strings followed by a pianissimo horn work together to create a launching pad for the soaring trumpet solo that weaves in and out of the entire piece. This work is a bit of an orphan, having started life as part of Mahler’s Symphony No. One. After being excised from the symphony, the music was given to one of Mahler’s students.  It eventually ended up at Sotheby’s – and then the Yale University Library. Not until 1968, more than 50 years after Mahler’s death, did it finally meet up with a publisher.

Emanuel Ax joined the symphony after Blumine.  Ax, who can now add winning NPR’s “Wait, Wait… Don’t Tell me” to his cache of seven Grammies, is a stunning performer by any measure.  Whereas the heart of pianists like Andreas Schiff (who’ll be at the SFS on October 6th and 13th) lies in the smallest of perfect gestures, Ax is appreciated best as a pianist in motion, master of the grand gesture. Beginning with the large sweeping scales that open this Beethoven concerto, he held the audience spellbound.  His rendering of the large sweeping passages of this concerto had the feel of a water color. The audience reception was more enthusiastic than most Thursday evening concerts, especially after Ax returned to the stage for an encore, playing “Des Abends” from Robert Schumann’s Fantasiestücke, Op. 12.

The second half of the concert opened with Copland’s music from Our Town, before continuing with series of little gems by Debussy, Delius, Sibelius, and Rachmaninoff.  Of these, my personal favorites were the Copland and Sibelius. The Sibelius had a vaguely eerie, macabre sense, opening with seemingly incomplete two-note gesture, before morphing into more of a full-blown waltz.  Powerful strings brings the melody on home before resolving quietly.

Emanuel Ax will be with the San Francisco Symphony through Saturday.