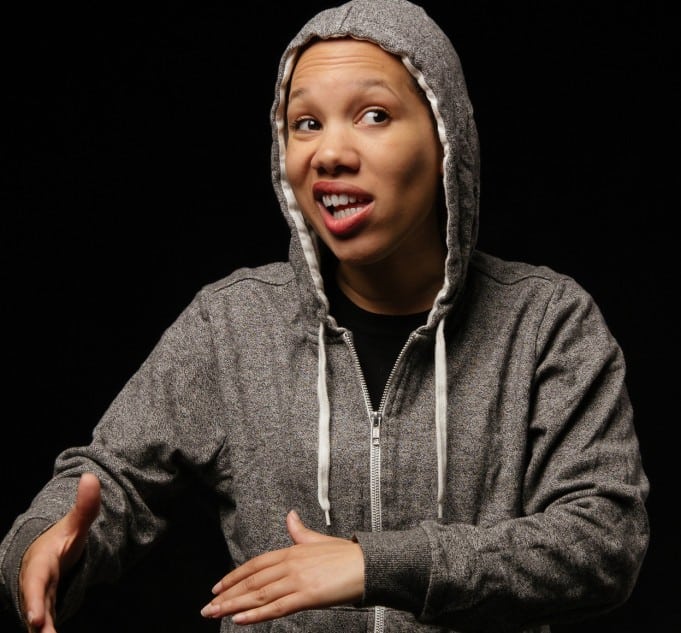 So You Can Hear Me

3.5 out of 5 stars - 'Sweet Stuff'
Through August 24th
Written and performed by Safiya Martinez
Review by Cy Ashley Webb

Twenty-five odd years ago, Anna Deveare Smith mesmerized audiences with Fires in the Mirror. Based on extensive interviews following the 1991 riots in Crown Heights, Brooklyn, her one-woman performance included her take on Al Sharpton, Reuven Ostrov, assistant chaplain of King’s State Hospital, Nation of Islam’s Minister Conrad Mohammad, and Lubavich housewives like Roz Malamud, to name a few. Many of us never suspected that theatre could do things like that, never knew theatre could be so powerful.  Smith went beyond being an uncanny mimic; she opened the closed world of Crown Heights with incredible objectivity and compassion.

It’s easy to draw comparisons between Smith’s work and Safiya Martinez’ one-woman show currently at the San Francisco Marsh. The similarities go beyond the Brooklyn thing, past the race thing, into the nature of the material and how it’s developed. A young woman with dancer’s grace, Martinez give us her take on her even younger 23 year old self, teaching in a South Bronx middle school. So You Can Hear Me is her love letter to New York City and voices from its public schools.

Like Smith, Martinez moves quickly from character to character, transitioning from her mother, to the baby dyke Niecey who came out at 13, to the raging “tipper” Jose who checked his pride at the door as he pleads not be demoted to a class of older and more violent students, the cerebral palsied Sammy with an alien cackle, and a handful more. Sandwiched in between this parade are relatively useless adults and a psychopathic school principal who’s hard to distinguish from the mélange of special ed kids.

Unlike Smith’s work,which bounced between a series of very different characters, Martinez draws from a smaller palate, which can leave the audience overwhelmed by the emotional intensity and foul language. It’s a relief when she returns to her self, with a smile that lights up the stage. However, that criticism speaks to the material, not Martinez’ delivery thereof.  With little more than two wigs, a hoodie, a hat and a few minor props, Martinez stuns the audience as she flips through her characters, capturing some unique essence of each one.

The Marsh bills itself as a breeding ground for new works. In bringing us So You Can Hear Me, it lives up to this billing. We’ll be hearing a lot from Safiya Martinez in the years to come – and will remember this first performance at the SF Marsh.