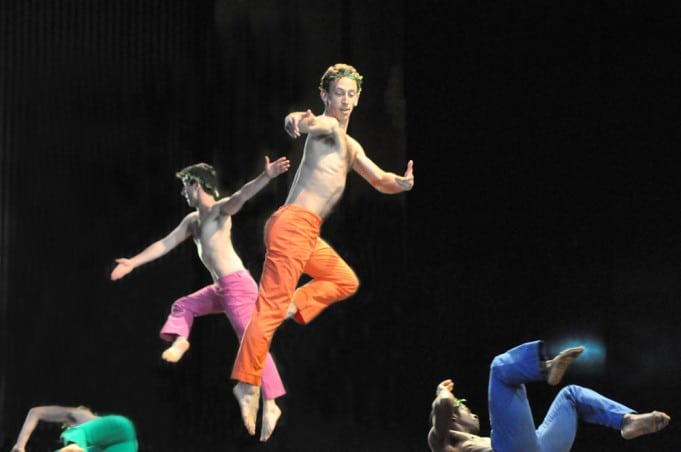 Ojai! This means that Berkeley has been vibrating more than usual these past few days, as the Ojai Music Festival moves up from its SoCal origins to bring us Ojai North!, a joint venture with Cal Performances. This year’s music director, Mark Morris, brings a veritable whirlwind of dance and music to town, celebrating Lou Harrison, Henry Cowell, and John Cage.

Choreographer and founder of the Mark Morris Dance Group, Mark Morris might seem to be an unusual music director.  However, given that past music directors  – including Aaron Copland, Pierre Boulez, Michael Tilson Thomas, Dawn Upshaw, John Adams, and Igor Stravinsky – have changed classical music as we know it, MacArthur fellow Morris is an inspired choice.

Watching the dancers perform Mosaic and United was like watching art being liberated from human form.  They radiate intentionality with energy extended through space. This isn’t minimalist dance, but nary a motion serves a purely decorative purpose, which leaves you on the seat’s edge, afraid to miss a single motion.   Morris’ dancers aren’t the usual ballet clones of perfection, but appear more like you and I on a particularly god-like day, making them seem more and more like a miracle.  Energy gets released, restrained, moves as fluidly as the proverbial pearls on a string.

This work was following by Spring, Spring, Spring, a dance performed to Stravinsky’s Rites of Spring.  This was a risky choice, because with the exception of the Bolshoi, whose artistic director Sergei was violently attacked by a dancer who threw acid on him in January of this year, every ballet company and symphony worth its salt is presently celebrating the centennial of this work.

Morris’ work reached back in time, opening with a recording of Stravinsky on piano. With the audience plunged into total darkness, the piano recording played the eerie bassoon solo that opens this piece.  Five minutes into the recording, the startling illumination of a single light for the musicians disoriented, launching the dancers into the present moment.

Morris’ creation of  a new work for the Rites of Spring avoided problems associated with reenacting the past, which is often fraught with failure.  Dance historian Jennifer Homans writes of Millicent Hodson’s (another Berkeley dancer) attempt.  While Hodson’s choreography tried to recreate the earthy, ungainly movements of Nijinky’s original dancers, Homans writes that Hodson created a “American post-modern dance masquerading as a seminal modernist work.  What was by all accounts a radical and shocking dance is thus rendered tame and kitschy.” 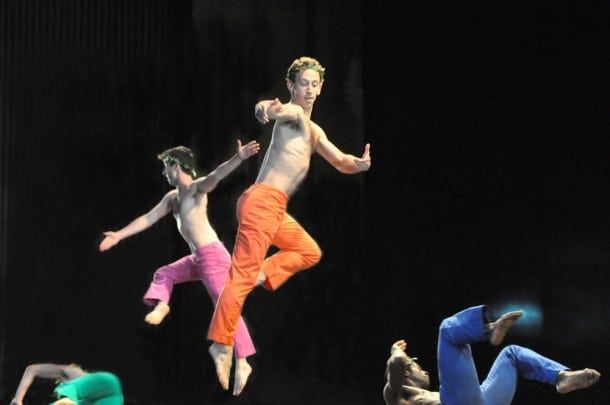 Other than tipping his hat to the original work at the outset, Morris wisely didn’t try to reenact the past – or even loosely try to follow the plot of the original. No adoration of the earth  and no virgins sacrificed either.  However, Mosaic and United set the bar high – and was a hard act to follow. While the Spring Spring, Spring dancers were fascinating to watch, this piece seemed to lack the tight integrity of that which preceded it.

If the thunder of the Rites of Spring was stolen by Mosaic and United, the musicians carried the evening.  At the outset, I was skeptical.  How could a three-piece band possibly pull off this symphonic work?  However, sitting directly behind drummer David King and pianist Ethan Iverson, I was completely blown away by their energy. These guys had the power of an atomic bomb, uniting the fragmented rhythms of the Stravinsky into a structural whole.